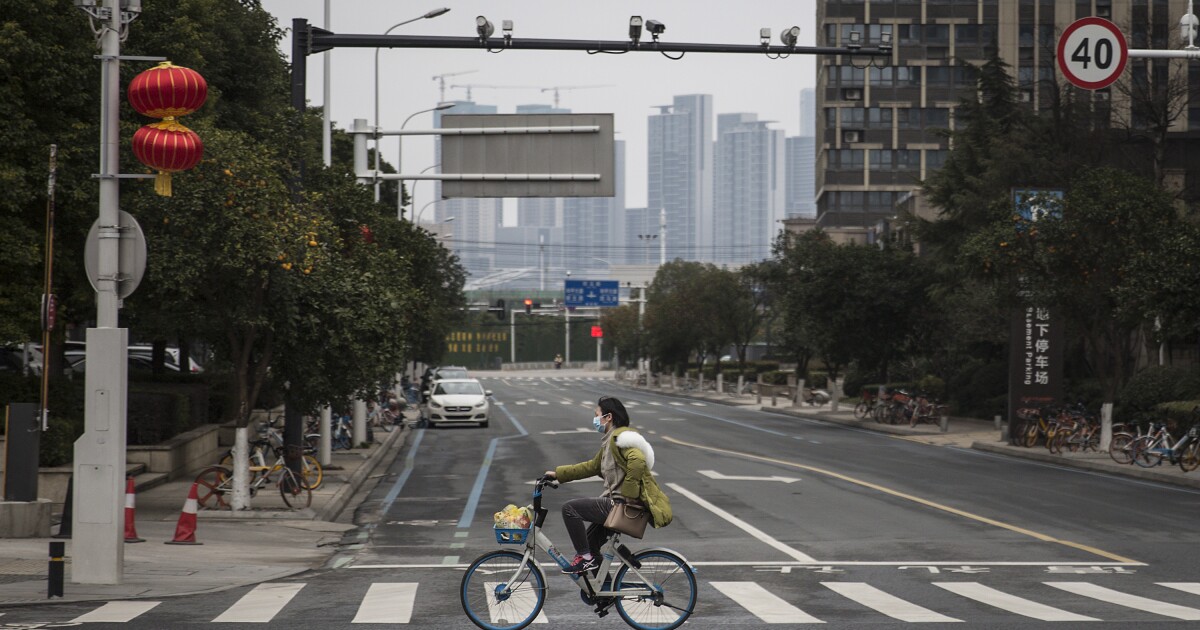 The scientifically unvalidated theory that the COVID-19 virus escaped from a Chinese lab has recently gotten a push from some otherwise respectable news media, such as CNN and The Atlantic.

But we shouldn’t overlook the support given the theory by a less respectable yet influential source: the Wall Street Journal’s opinion pages.

Long famous as a font of political and economic distortion, the Journal’s opinion section has more recently become a center of lab-leak speculation.

The opinion section has reveled in China-bashing over the virus through unsigned editorials and contributions from its stable of staff commentators and guests such as former CIA director Mike Pompeo.

It has published uninformed speculation by Robert Redfield, the discredited former head of the Centers for Disease Control and Prevention, that the virus was effectively manufactured in a government lab in Wuhan. (That piece required an embarrassing correction.)

This week it hit a low note, with an op-ed by two would-be experts declaring that the lab-leak hypothesis has been all but “confirmed” by some recent research. Here’s the problem: The authors of a key research paper cited as evidence for their claim say they got the paper wrong.

Before getting into the details, a reminder of why this issue is important: Scientists have coalesced around two theories of how the virus originated. One, by natural spillover from animal hosts to humans, the way the vast majority of viruses reach humankind.

Two, through an escape from a lab. The most common alleged culprit is the Wuhan Institute of Virology, which does research on bat coronaviruses similar, if only distantly related, to the virus that causes COVID-19. The more rococo version of this theory is that the virus was deliberately manufactured at the WIV and either escaped inadvertently or was purposely let loose.

Whatever conclusion scientists eventually settle on, that will guide anti-pandemic research and policy for the foreseeable future, spurring the international community either to seriously upgrade biosecurity at virus laboratories, or more stringently regulate contacts between humans and virus-carrying animals.

But it’s important to recognize that virologists believe the natural spillover hypothesis to be vastly more likely than a lab leak. Findings lending credibility to that theory have been proliferating in the scientific press. Yet, no one has found any evidence for a lab leak, whatsoever.

That brings us back to the Wall Street Journal’s latest run at the lab-leak fence. It’s an article published Oct. 5 by Richard Muller and Steven Quay. Neither is trained in virology.

Muller is an emeritus physicist at UC Berkeley who is renowned for having been a global warming skeptic until he executed an abrupt about-face in 2011. Quay is a pharmaceutical entrepreneur with an expertise in breast cancer who claims to be developing a product “that may prove to prevent COVID.”

Muller and Quay claimed to have unearthed “powerful evidence favoring the lab-leak theory” in four research papers. They use it to try to suggest that the virus may have been “engineered by scientists … via accelerated evolution in a laboratory using humanized mice” — that is, mice bred to model human physiological responses. That’s a return to a theory of deliberate virus creation that has been abandoned by all but the most febrile conspiracy theorists.

Notably, Muller and Quay don’t mention at all recent research that undermines the lab-leak hypothesis, including the discovery of bats harboring viruses very similar to SARS-CoV-2 living in caves in Laos, some 750 miles from Wuhan.

Key evidence Muller and Quay cite for the lab-leak theory comes from a peer-reviewed paper recently published in the elite scientific journal Cell by 13 researchers at the University of Washington and Seattle’s Fred Hutchinson Cancer Research Center.

The researchers examined more than 3,800 possible mutations of SARS-CoV-2, the virus that caused the pandemic, essentially to help create a database of mutations and help determine the effect of each mutation on humans.

Here’s how Muller and Quay described this research: “A team of American scientists mutated the stem of the coronavirus genome in nearly 4,000 different ways and tested each variation. … In the end, they determined that the original SARS-CoV-2 pathogen was 99.5% optimized for human infection — strong confirmation of the lab-leak hypothesis.”

There’s a problem with that, however: The Washington researchers disagree. Furthermore, they say Quay and Muller mischaracterized their research.

In tweets responding to questions about the WSJ article, Jesse Bloom, the corresponding author of the Cell paper, wrote that Quay and Muller produced “not a very accurate description of [our] study.” He added that the Cell paper’s “finding doesn’t shed meaningful light on virus’s origins either way.”

What’s especially interesting about that last remark is that Bloom is a virologist more open to the lab-leak theory than many of his scientific colleagues.

In a Sept. 30 panel discussion sponsored by Science magazine, for instance, he said, “I continue to think a lab leak is highly plausible.” In other words, if the Cell paper advanced the lab-leak theory in any way, one would expect Bloom to acknowledge it.

When I asked Muller by phone about Bloom’s response to his op-ed, he replied, “He’s wrong.” Bloom and his colleagues didn’t examine their own findings, he said, unlike him and Quay.

The claim that the original SARS2 virus was “99.5% optimized for human infection,” the heart of the assertion by Muller and Quay that the Cell paper confirmed the lab-leak hypothesis, doesn’t actually appear anywhere in the Cell paper. Muller admitted that in an email to me Thursday.

“We do not claim this number was in the [Cell] paper, but we do say that it is easily calculated from the results published in that paper,” Muller says.

Well, no. They did explicitly attribute the 99.5% figure to Bloom and his colleagues, stating, I repeat, that “they determined that the original SARS-CoV-2 pathogen was 99.5% optimized for human infection — strong confirmation of the lab-leak hypothesis.”

There are other issues with the Wall Street Journal article. One is the assertion in its headline that “four studies — including two from WHO — provide powerful evidence favoring the lab-leak theory.” (WHO is the World Health Organization.)

I could only find three “studies” cited in the article, including only one from WHO — not actually a study, but the report of a WHO task force that visited China early in the pandemic and that has been widely reported. Muller and Quay also mention a data set of “hospital samples” from the region around Wuhan taken in late 2019 from “people exhibiting flulike (thus COVID-like) symptoms.” But that hardly proves anything — those people might have had, you know, the flu.

Muller and Quay also cite a seminal paper on the origins of the virus published in March 2020 by Kristian Andersen of the Scripps Research Institute and four colleagues. But it’s hard to believe Muller and Quay would regard this as supporting the lab-leak theory, since it states explicitly, “we do not believe that any type of laboratory-based scenario is plausible.”

What’s left? Nothing. Muller and Quay sliced and diced research, some of which has been sitting around on the shelf for more than a year, and reinterpreted to fit their own predilections. This isn’t their first such effort. Back in June, also in a Wall Street Journal op-ed, they tried to validate the lab-leak theory by examining the virus’ genetic fingerprint. They pointed to genetic sequences that they suggested were highly unlikely to be found naturally. As it happens, those sequences do occur naturally, and that particular bit of evidence for the lab-leak theory has long since been debunked.

The Wall Street Journal opinion section has a desire to portray China as a sinister entity, and the pandemic has been a superlative cudgel for use against a country that has emerged as a potent threat to America’s worldwide economic primacy. But this caliber of work will only embarrass the newspaper’s serious journalists and damage the newspaper’s credibility.

There are creditable scientists who regard a lab leak as a plausible scenario for the origin of COVID-19 in humans. Muller and Quay haven’t helped their case.

Tags: Los Angeles News
Previous Story
Apple plans big office expansion in Los Angeles area as it adds employees
Next Story
Column: That Texas anti-abortion law is so much worse than you imagined. Here’s how