Homepage News Column: You waste more than $1,000 of food a year. Chew on that
News 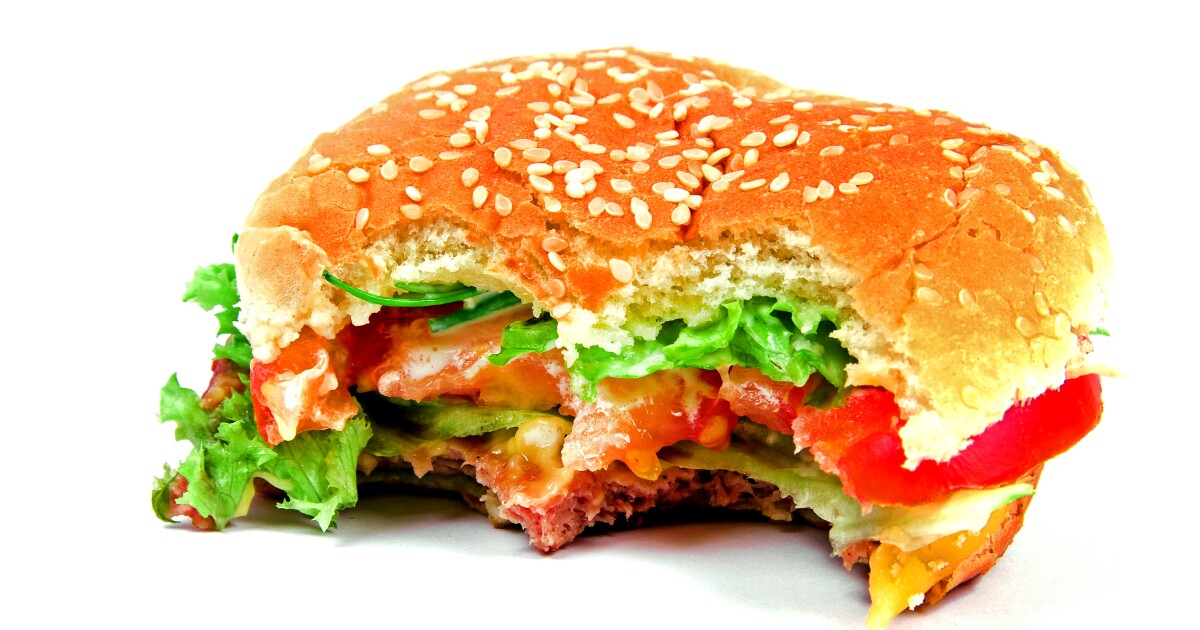 Don’t have enough to keep you up at night? Try this on for size.

The world wastes more than 1 billion tons of food every year, according to a new report from the United Nations.

That’s 17% of total food available to consumers as of 2019 — enough food, if packed into millions of trucks, to circle the Earth seven times.

Not only is this a shameful statistic in light of the more than 690 million people worldwide who go hungry each year, but it’s yet another way that we’re needlessly wrecking the planet.

By one estimate, if food waste was a country, it would represent the greatest volume of greenhouse gas emissions after the output of the two leading producers, the United States and China.

Moreover, the advocacy group Move for Hunger estimates it takes enough water to fill Lake Geneva three times to produce all the food that goes uneaten.

Throwing out a couple of pounds of beef is basically like wasting the more than 13,000 gallons of water required to produce that meat, the group says.

“Food waste touches on so many aspects of our lives,” said Zach Conrad, an assistant professor of health sciences at William & Mary college. “When we’re wasting food, we’re wasting resources.”

He told me his own research shows that the typical American adult wastes about $3.50 worth of food every day.

Think about that. Every single day, you and nearly everyone you know basically throws $3.50 into the garbage.

“When you look at it like that,” Conrad said, “it really hits home.”

The U.N. report notes that while restaurants and retail establishments contribute to global food waste, the majority (61%) occurs at the household level. More than 628 million tons of food are thrown out by consumers worldwide each year.

The United States has a particularly miserable track record in this regard. As much as 40% of the nation’s food supply ends up in the trash, according to the Food and Drug Administration.

“Wasted food is the single largest category of material placed in municipal landfills and represents nourishment that could have helped feed families in need,” the FDA says.

I shared the new U.N. report with a number of experts. Each expressed no surprise at the severity of the problem.

They also agreed that solutions aren’t easy to come by.

“The consumer isn’t presented a bill every time they throw some food away, making it more difficult for consumers to link actions to personal monetary losses,” noted Brian Roe, a professor of agricultural, environmental and development economics at Ohio State University.

I’ve written in the past about the problem of food being thrown out by restaurants, hotels and caterers. California’s Integrated Waste Management Board estimates about 1.5 million tons of food is thrown out each year by these businesses.

But it wasn’t until I read the U.N. report that I understood the scope of food waste by ordinary households — and the challenge of doing something about the problem.

Edward Jaenicke, a professor of agricultural economics at Penn State, told me his research concluded that the average U.S. household tosses more than $1,800 worth of food into the trash each year — a figure not far off from Conrad’s $3.50-a-day estimate, which translates to nearly $1,300 annually.

“If the goal is environmental, and mitigating climate change, then perhaps the best solution does not just involve getting people to waste less, but rather to make sure that the waste they generate ends up not in a landfill but as compost,” Jaenicke said.

That’s ideal. My wife and I have a compost bin in the backyard. Yes, it’s kind of nasty. But it’s also been great for all the vegetables we’ve grown since the start of the pandemic.

The trick is incentivizing more Americans to compost their food waste — a goal that’s easier said than done in light of the yuck factor. Perhaps a tax break could be offered to households that do it.

I’m not sure how you’d verify that, though. Photos? Snap inspections? Submitting homegrown veggies to the Internal Revenue Service?

The more meaningful step, all experts agree, is raising awareness among people about how much food goes to waste and, hopefully, promoting more responsible behavior.

Standardizing expiration dates would help. Many people don’t know what to make of “best by” and “sell by” dates on packages. So they err on the side of caution and chuck out anything of questionable freshness.

The FDA has called for employing the phrase “best if used by” on all packaging. However, Congress hasn’t bothered to act on that sensible recommendation.

Businesses have an important role to play. Supermarkets should feature signs informing people about how much food gets discarded and how much this costs consumers.

Reminders should be posted throughout the store that you’ll save money over the long run by not buying more groceries than you need.

How about we also follow the example of cigarettes? Packs of smokes are required by law to include warnings about the harmful effects of tobacco consumption.

I propose requiring food companies to include an eye-catching public service announcement on packages reminding people of the problem of food waste.

I don’t know about you, but I’d take notice if a box of Wheat Thins, say, pointed out that wasted food represents $3.50 a day down the drain.

“Think of the food supply chain as a leaky hose,” said Marie Spiker, an assistant professor of epidemiology at the University of Washington. “The more we can patch up the holes, the less we lose along the way.”

The FDA has set a goal of cutting food waste in half by 2030. The agency advises planning a week’s worth of meals in advance so you don’t purchase too many groceries. It also suggests:

“Incorporate unused items into soups, sauces or smoothies. If you have unwanted food in your house, share with friends or donate to food banks.”

Food waste, she said, “is one of the most urgent issues of our time.”