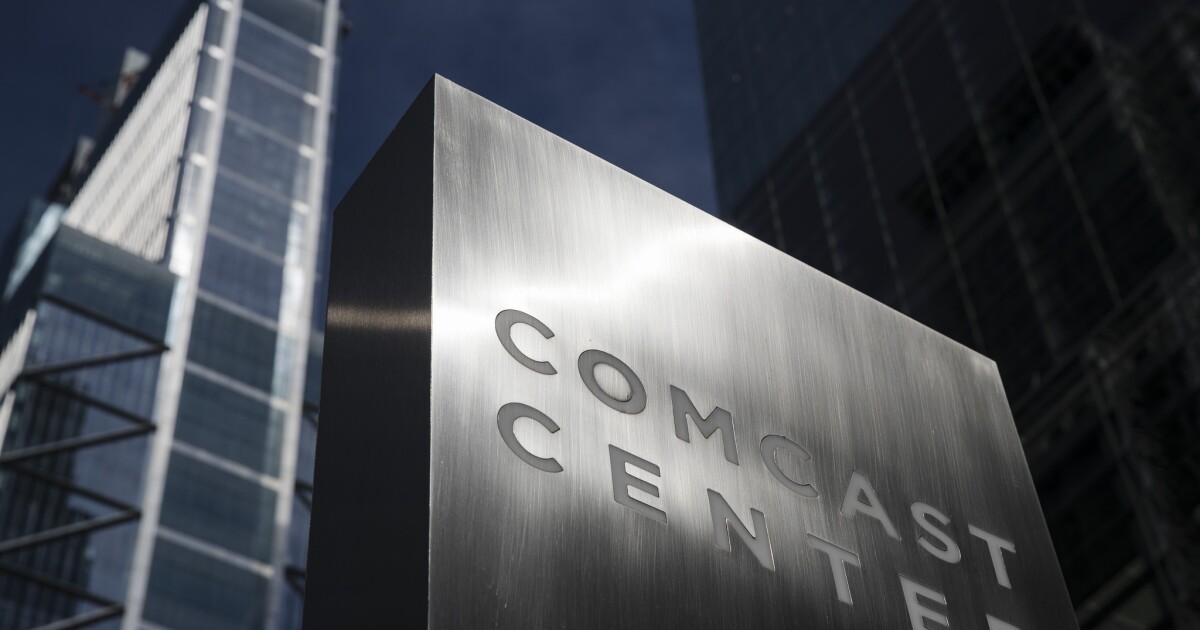 Comcast Corp. and ViacomCBS are joining forces to create an international streaming service, SkyShowtime, to gain a presence in nearly two dozen smaller European countries, including Spain, the Czech Republic and Sweden.

The move, announced Wednesday, raises questions about whether the two U.S. media giants are big enough to compete on their own, particularly in foreign markets where Netflix and Amazon have been operating.

By combining forces in small and medium European markets, the two companies — both late entrants to the streaming wars — appear to recognize the challenges they face in becoming a global streaming juggernaut. The new service is expected to debut in 2022, subject to regulatory approvals, and offer more than 10,000 hours of content. It will piggyback off the Sky brand, which is well known in much of Europe.

“This is a good aggregation strategy to bundle a lot of great content into one offering,” said Dan Rayburn, a principal analyst at Frost & Sullivan. “They are repurposing a bunch of content that they already own, and making it available in new territories and under a new brand.”

The joint venture comes amid signs of saturation in the streaming space.

Netflix startled Wall Street last month when it announced its subscription numbers were slowing amid increased competition. The crowded landscape, coupled with the high costs of launching and producing programming for a streaming service, forces companies like Comcast and ViacomCBS to recalibrate their priorities.

In the U.S., Comcast rolled out its advertising-supported streaming service, Peacock, a year ago.

Peacock has grown steadily with more than 54 million sign-ups, according to Comcast, and it has about 20 million active monthly users. Last month, Comcast said it would also provide Peacock for free to the 20 million subscribers of Sky, the London-based satellite TV service that Comcast acquired nearly three years ago.

Paramount+ now has about 42 million subscribers globally, according to ViacomCBS.

Nonetheless, both Comcast’s and ViacomCBS’ offerings have largely been overshadowed by Disney+, Netflix and HBO Max, which boast more blockbuster content — and more subscribers. For example, Disney+ has more than 116 million subscribers.

Comcast and ViacomCBS executives said the new venture won’t alter their strategies to operate separate streaming services domestically — or in other parts of Europe. The companies plan to go it alone in the more lucrative regions of Europe, including Great Britain, Germany, Austria and Italy.

London-based SkyShowtime will be a 50/50 joint venture, enabling the two companies to share the expense of building and running a streaming service in countries with different languages and regulations.

The proposed service ultimately will be available to consumers in 90 million homes, Comcast and ViacomCBS said. Rayburn, the analyst, said the new service would be considered a success if it attracted 10 million subscribers in its first year.

ViacomCBS will fold its recently launched Paramount+ service in the Nordics — Sweden, Denmark, Norway and Finland — into the SkyShowtime venture, suggesting the Shari Redstone-controlled company already has found that region of Europe to be tough-sledding.

“With the launch of SkyShowtime we are well-positioned to utilize our global content engine to create a compelling streaming offering, quickly and at scale, with a smart strategic phased investment,” Raffaele Annecchino, chief executive of ViacomCBS Networks International, said in a statement.

Executives declined to say how much SkyShowtime would cost consumers or provide details about its governance or management team. Comcast will provide the Peacock platform and its technology will run SkyShowtime.

Company insiders dismissed suggestions that the joint venture was a prelude to a larger collaboration — or a merger between the two companies. Instead, the new initiative is intended to help the two American companies compete in regions where they have scant name recognition and where consumers have displayed little interest in signing up for four or five different streaming services.

Tags: Los Angeles News
Previous Story
Disneyland to launch Genie app with new fees to skip the long lines
Next Story
Hackers stole millions of Social Security numbers from T-Mobile. What should you do?