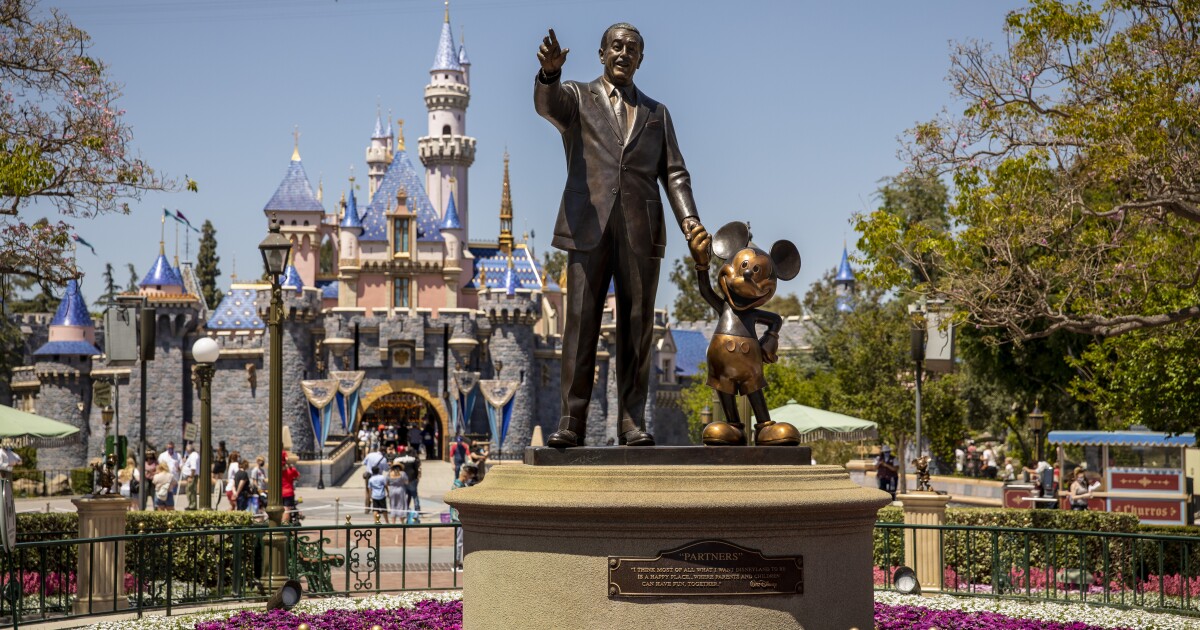 Walt Disney Co. plans to relocate about 2,000 positions from Southern California to a new facility in central Florida, in a move the entertainment giant said would consolidate operations and promote collaboration among staff.

Disney has yet to identify the 2,000 positions that will move to the Lake Nona community, but company officials said it would primarily involve employees in the parks, experiences and products division. The move to Florida has been in the works since 2019, Disney officials said.

“Expanding our already significant [Disney parks, experiences and products] footprint in Florida makes sense,” Josh D’Amaro, chairman of the division, said in a letter to staff Thursday. “In addition to Florida’s business-friendly climate, this new regional campus gives us the opportunity to consolidate our teams and be more collaborative and impactful both from a creative and operational standpoint.”

D’Amaro and other Disney officials stressed that the Burbank-based company was not abandoning Southern California, where its film and television divisions are located. The 2,000 positions that will be relocated represent less than 5% of Disney’s total staff in California, according to Disney officials.

Employees whose jobs will relocate to Florida will be offered moving assistance, Disney officials said. The move will take place over the next 18 months, they said.

The announcement came only a month after Disney opened its new six-acre superhero-themed Avengers Campus at Disney California Adventure Park. In 2019, Disneyland opened its $1-billion Star Wars Galaxy’s Edge, the largest expansion in the park’s history.

The decision to relocate California positions to Florida seems to have been made before Disney’s appointment in 2020 of Bob Chapek as its new chief executive, replacing longtime leader Bob Iger. D’Amaro was promoted to take over Chapek’s role of overseeing Disney’s theme parks. Iger became executive chairman of the board.

Disney officials also note that the company plans to continue to invest in its Anaheim parks with a proposal to upgrade and renovate the resort within its existing 490-acre footprint.

The plan, dubbed Disneyland Forward, calls for the addition of new attractions, shops and eateries into underdeveloped areas of the existing resort, specifically around two Disney hotels west of the theme parks and on the site of a parking lot east of the resort.

The project needs the approval of Anaheim city officials to redraft a specific plan approved by the city in the 1990s that defined the areas of the resort that are set aside for attractions, for hotels and for parking.