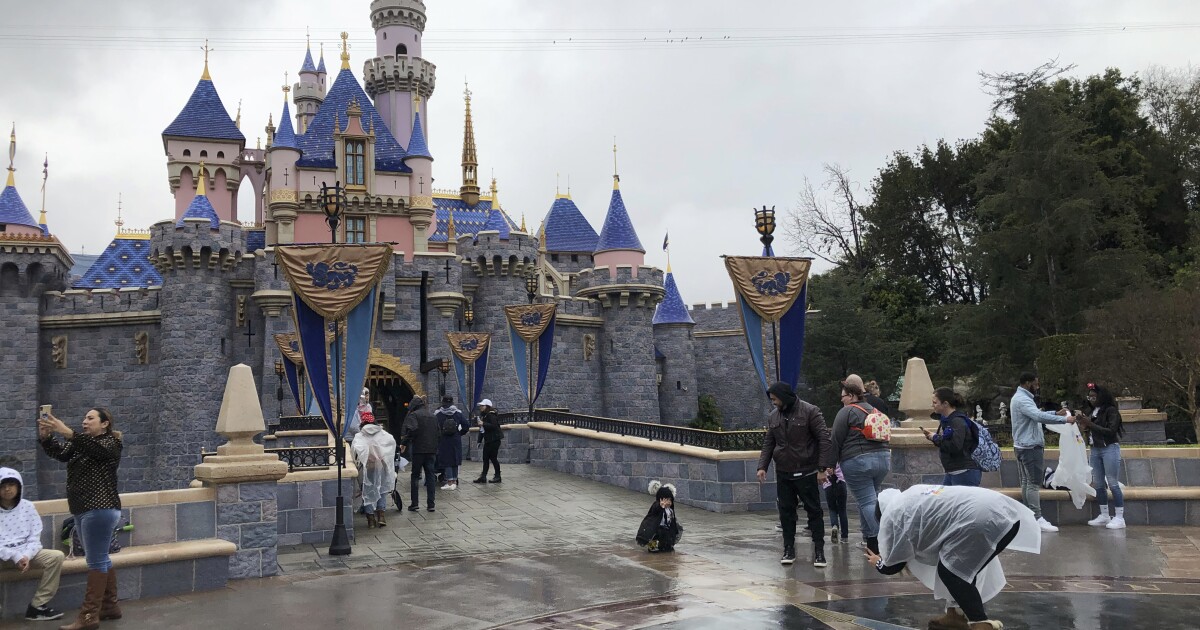 Shortly before the new information on counties was released Tuesday morning, Disney Chief Executive Bob Chapek said at a shareholders meeting that he hopes the theme parks at the Disneyland Resort in Anaheim can open “by late April.” An exact date will be announced later, Chapek added.

According to data released Tuesday by the state, L.A. and Orange counties recorded adjusted coronavirus case rates low enough to exit the strictest purple tier of California’s four-rung reopening roadmap — though the timing of when they can officially do so hinges on how quickly providers can administer COVID-19 vaccines to residents in the state’s most disadvantaged areas.

Once California has given 2 million doses in targeted communities, the state will relax the criteria to move counties from purple to the more permissive red tier. That goal is likely to be met this week.

Disneyland, Universal Studios, Knott’s Berry Farm and Six Flags Magic Mountain have been closed for almost a year. The theme parks have pushed Gov. Gavin Newsom to allow them to reopen.

For parks in counties in the red tier, capacity will be limited to 15%; the cap rises to 25% once a county progresses to orange and 35% upon reaching the most lenient tier, yellow.

Officials said theme park attendance will be limited to in-state visitors. Other restrictions will include no indoor dining and limits on indoor rides.

Chapek said Tuesday that reopening the Disney parks will be delayed beyond April 1 primarily by the need to recall and train about 10,000 workers.

Representatives for Knott’s Berry Farm and Universal Studios Hollywood said Tuesday that they are not ready to announce a reopening date but are encouraged by the state’s recent rule change.

Knott’s, Universal Studios and Disney California Adventure Park had recently announced plans to open for dining and shopping events — a way to bring in some revenue without operating rides. It is not clear if those events will continue as planned or will be modified when rides are back on the table.