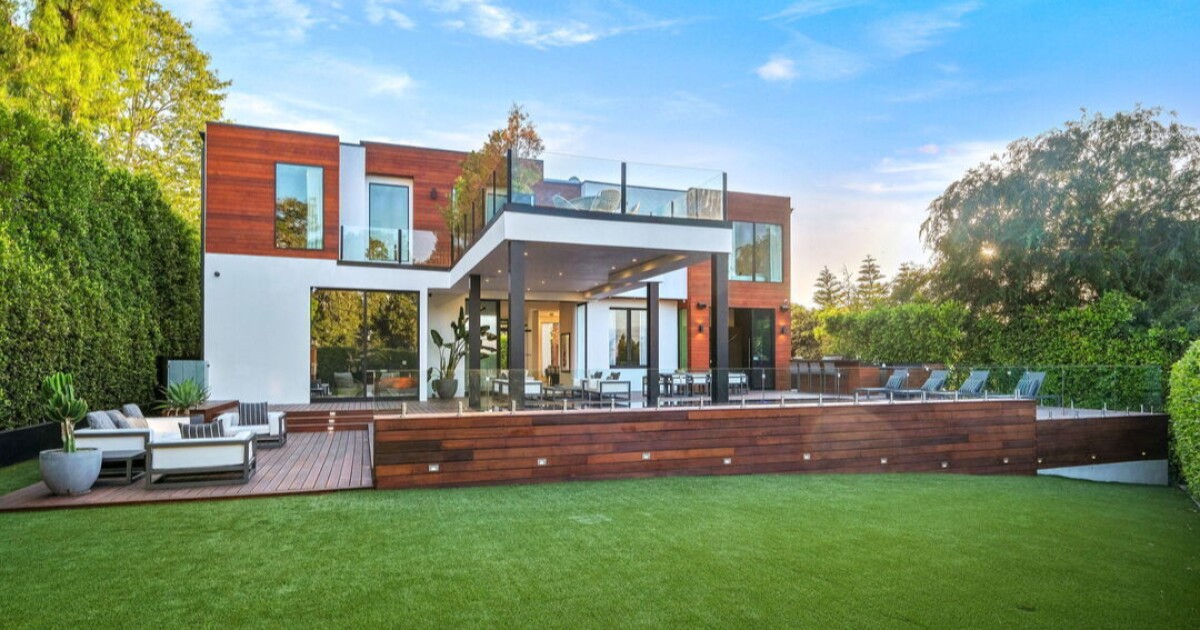 Swedish DJ Alesso is asking $6.495 million for his home of the last three years, a boxy, custom-built architectural perched in the hills of Studio City. That’s $670,000 more than he paid in 2018, records show.

The DJ, who boasts collaborations with Usher, Calvin Harris and Liam Payne, upgraded both the security and audio-visual systems during his stay. In addition to an all-black movie theater with tiered seating, the primary suite converts into a private theater of its own with a projector and screen.

Built in 2017, the modern residence sits on a third of an acre and features a white exterior marked by warm wood and glass. Inside, 14-foot ceilings and chandeliers hang over modern, indoor-outdoor spaces that open to a backyard with a swimming pool and sauna.

“We sold this home to our client several years ago and he only made it better,” said listing agent Jason Oppenheim, adding that the curated furniture can be sold along with the home.

Six bedrooms and eight bathrooms are spread across the 6,600-square-foot floor plan, which spans two stories with a gym, wet bar and wall of wine storage. A deck hangs off the top level, overlooking a triangular lawn surrounded by tall hedges.

Alesso, whose real name is Alessandro Renato Rodolfo Lindblad, has been active in the music industry for the last decade with hits including “Let Me Go,” “Under Control” and “Heroes.” He received a 2014 Grammy nomination for the song “If I Lose Myself” and released his debut album, “Forever,” a year later.