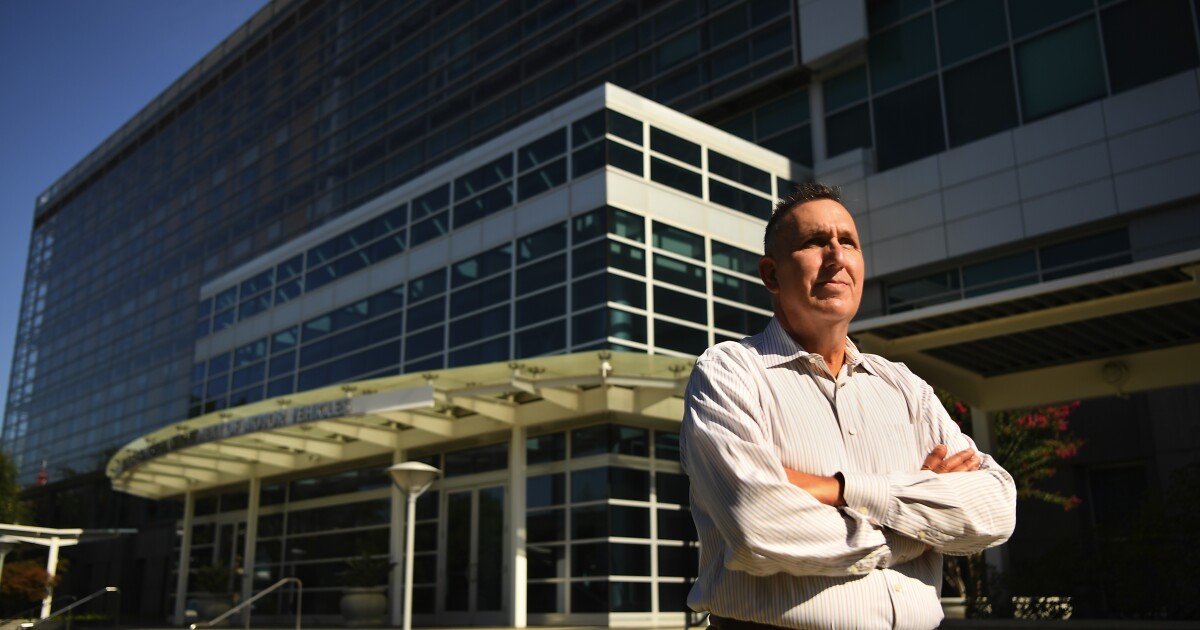 Tesla is “under review” by the California Department of Motor Vehicles to determine whether the company misleads customers by advertising its “full self-driving capability” option, the agency told The Times.

A Tesla equipped with the $10,000 FSD package can change lanes, take highway exit ramps, and stop at traffic lights and stop signs on its own, the company says. However, it is not capable of fully driving itself, according to widely accepted engineering standards.

Asked for detail, DMV spokesperson Anita Gore said via email, “The DMV cannot comment on the pending review.” She did list the penalties that might be applied if a company is found to have violated DMV regulations that prohibit misleading advertising concerning automated vehicles.

In small print, Tesla says on its website that FSD “does not make the car autonomous” and that “active supervision” is required by the driver. But social media are rife with videos showing drivers, mostly young men, overcoming Tesla’s easily-defeated driver monitoring system to crawl into the back seat and let the Tesla “drive itself” down public highways.

A man was arrested by the California Highway Patrol last week and charged with reckless driving for pulling the same dangerous stunt on the San Francisco-Oakland Bay Bridge.

While a driver is legally responsible for such misbehavior, the fine print in Tesla advertising provides a weak defense against deceptive marketing allegations, according Bryant Walker Smith, a leading expert on automated vehicle law at the University of South Carolina. He cites the Lanham Act, the set of federal laws that govern trademarks.

If the DMV finds Tesla is misleading customers, potential penalties include suspension or revocation of DMV autonomous vehicle deployment permits and manufacture and dealer licenses, the DMV spokesperson said. She added that “a vehicle operating on public roads using autonomous technology without first obtaining a permit can be removed from the public roadway by a police officer.”

While the National Highway and Traffic Safety Administration has no authority to regulate vehicle advertising, the DMV’s own rules allow it to sanction manufacturers who advertise a vehicle as autonomous when it is not. The Federal Trade Commission also regulates such advertising; an FTC spokesperson declined comment. A request to interview the DMV’s director, Steve Gordon, was declined.

The DMV has said that Autopilot and FSD as currently deployed qualify as Level 2 driver-assist technologies that require full driver attention, as defined by the Society of Automotive Engineers, and so are allowed on California highways without the data reporting that’s required for autonomous vehicle testing. Other automated driving technology companies including Waymo, Argo AI, Cruise, Zoox and Aurora provide such data to the state. Those companies use rigorously trained safety drivers to test automated technologies on public roads. Tesla does not.

The SAE’s detailed J3016 standard for autonomous cars lists “self-driving” as a term that “can lead to confusion, misunderstanding, and diminished credibility” when describing levels of automated vehicles.

“Tesla seems to be asking for legal trouble on many fronts,” said law professor Smith. “From the FTC and its state counterparts for deceptive marketing. From the California DMV for, potentially, crossing into the realm of autonomous vehicle testing without state approval, from competitors with driver assistance systems, competitors with actual automated driving systems, ordinary consumers, and future crash victims who could sue under state or federal law.”

Tesla is facing hundreds of lawsuits. At least several deaths have been connected with use or misuse of Autopilot. NHTSA has more than 20 investigations open on Tesla, though how long they’ll take to be resolved, NHTSA won’t say. China, through Chinese Communist Party media, has been drubbing Tesla for weeks, with stories detailing crashes, brake issues and customer complaints about quality.

Tesla Chief Executive Elon Musk has been stating since 2016 that fully automated Teslas are coming soon. While Musk has yet to deliver a fully automated car, Tesla continues to test automated features on public streets. Recently it deployed what it calls Full Self-Driving “beta” software to select customers, who are experimenting with the software’s ability to automate vehicles not just on divided highways, but on city streets and through residential neighborhoods. The latest release includes automated right- and left-hand turns. An even more feature-laden beta version will be released soon , Musk tweeted in April. “Beta” refers to software that’s released to some customers but still has bugs to be worked out.