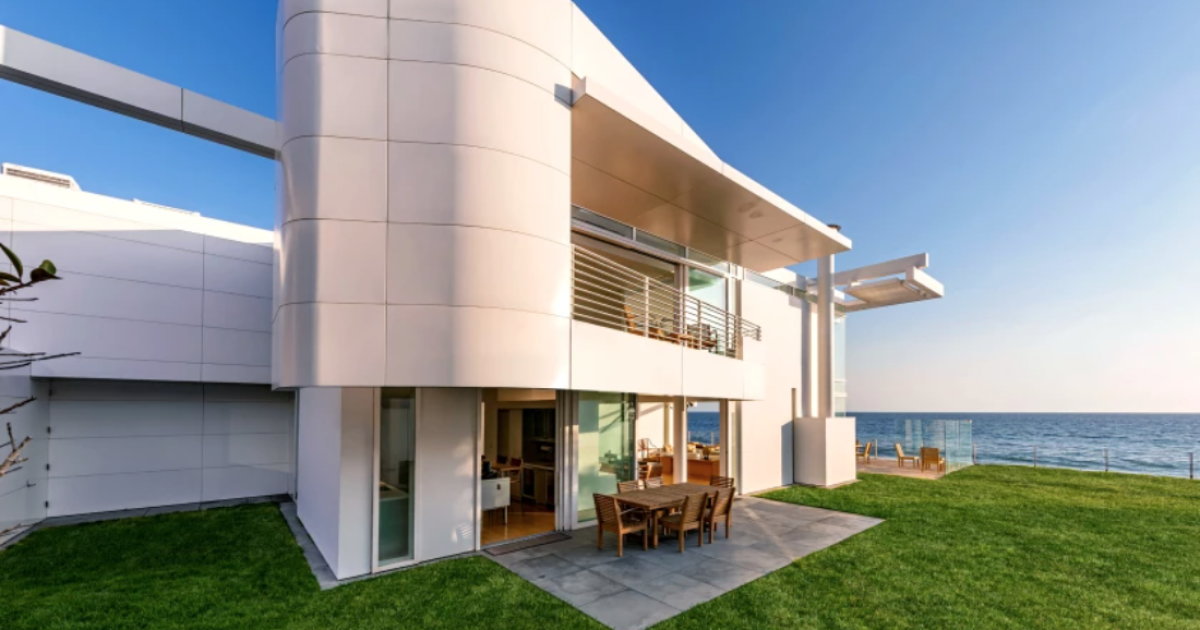 Two months after Eli Broad’s death, his Malibu home has sold for $51.65 million. It’s the second-priciest sale to close in Southern California so far this year.

The billionaire, who who made his fortune building homes and then poured his wealth back into Los Angeles, bought the two-parcel property in the late 1990s and commissioned Pritzker Prize-winning architect Richard Meier to build the home shortly after. Meier finished the place in 2002, and the futuristic design recalls some of his other famous works including the Getty Center and the Barcelona Museum of Contemporary Art.

It’s the priciest oceanfront sale so far this year and the second-priciest deal in a Southern California market that’s been red hot. It ranks just behind the sale of the Bel-Air trophy estate of hotel magnate Barron Hilton, which fetched $61.5 million in May. Only one other home has surpassed the $50-million mark in 2021: a Beverly Park mansion called Villa Firenze that was auctioned off for a record $51 million in April.

Broad’s house sits on Carbon Beach, a prized stretch of sand that’s been nicknamed Billionaires Beach for good reason. Houses in the community regularly list for north of $20 million, and in 2018, hotelier Peter Morton sold his oceanfront compound there for a then-record $110 million.

Wrapped in white aluminum panels and frosted glass, the modern residence looks nothing like the humbler homes that surround it. Sleek and curvaceous, it features light-filled living spaces, such as a two-story great room and indoor-outdoor owner’s suite with a sauna.

It opens to a deck that seems to hover above the sand. There’s a wood-covered patio, grassy lawn and guesthouse built in the same style as the main house. In total, the gated compound holds five bedrooms and seven bathrooms across 5,374 square feet.

A major influence on L.A.’s art scene, Broad helped create and establish the Museum of Contemporary Art in 1979 and served as a life trustee of the L.A. County Museum of Art. He also founded the Broad museum in downtown Los Angeles to house the collection of contemporary art that he and his wife, Edythe, had amassed. Forbes put his net worth at $6.9 billion.

Kurt Rappaport of Westside Estate Agency shared the listing with Branden and Rayni Williams of the Beverly Hills Estates. Chris Cortazzo of Compass represented the buyer, who remains unclear.