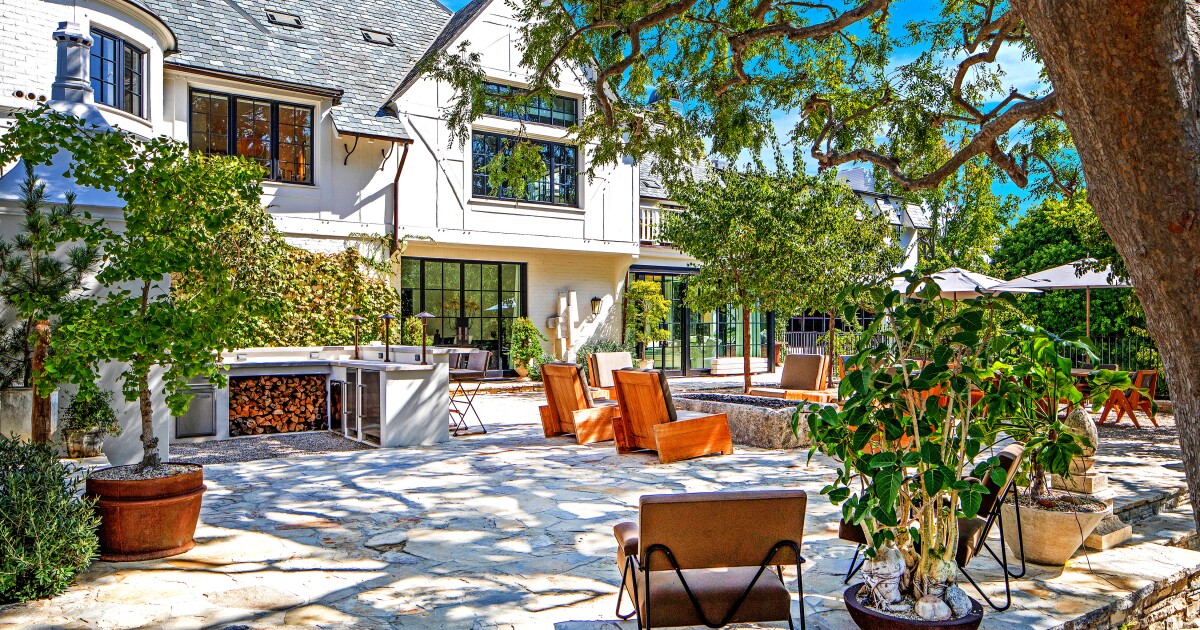 The selling spree continues for Ellen DeGerenes and Portia de Rossi. A month after listing a pedigreed Beverly Hills mansion for $53.5 million, the celebrity house flippers have sold the place for $47 million.

That ranks as Southern California’s second-priciest home sale so far this year just behind a Beverly Park estate that was auctioned off for $51 million, according to the Multiple Listing Service.

It’s a profit of $4.5 million for the power couple, who bought the property from Maroon 5’s Adam Levine for $42.5 million in 2019. Before him, the ivy-clad traditional was owned by tennis star Pete Sampras and “Will & Grace” creator Max Mutchnick.

DeGeneres and de Rossi haven’t skipped a beat during the pandemic, buying and selling estates at the blistering pace they always have. Last year, they unloaded a Bali-inspired retreat in Montecito for $33.3 million and also sold a Tudor-style spot in the same community to pop star Ariana Grande for $6.75 million.

The Beverly Hills estate spans an acre just above Sunset Boulevard and centers on a 10,400-square-foot home built in 1933. DeGeneres and de Rossi updated the place during their stay; the two-story floor plan now boasts living spaces with reclaimed wood floors and steel-framed windows and doors.

Elsewhere are five bedrooms and nine bathrooms. Lawns and patios dot the grounds outside, wrapping around an oval-shaped swimming pool, tennis court and guesthouse.

DeGeneres, 63, has won multiple Emmys for “The Ellen DeGeneres Show,” which premiered in 2003. She’s also hosted the Grammys, the Academy Awards and the NBC game show “Ellen’s Game of Games,” which is airing its fourth season.

De Rossi, 48, has appeared on the legal drama “Ally McBeal” and the sitcoms “Arrested Development” and “Better Off Ted.” More recently, she played Chairwoman Elizabeth North on the ABC show “Scandal.”