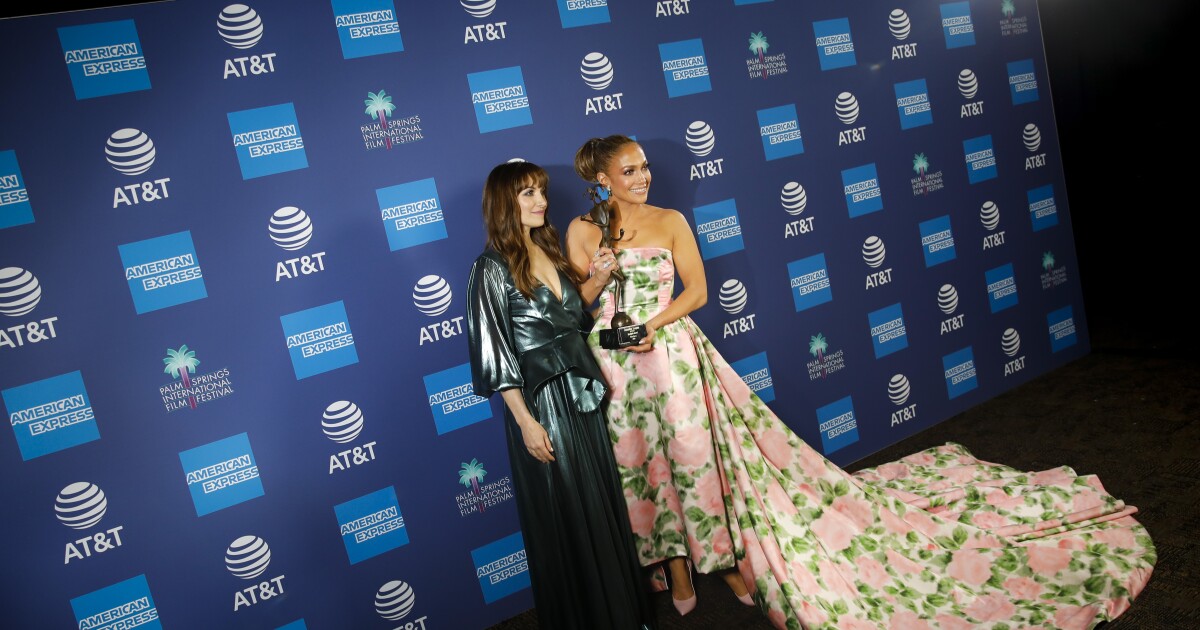 In a regulatory filing Tuesday, parent company Eros STX Global Corp. said it “has entered into an exclusive negotiation period with a third party to monetize the revenue from 46 films in its library.” The company did not identify its prospective partner.

The filing didn’t specify whether STX was planning an outright sale of its library. A banking source who reviewed the filing but was not authorized to comment because he was not involved in the STX matter speculated the talks could be to line upan advance against revenue expected from the film titles.

STX Entertainment was founded by longtime producer Robert Simonds seven years ago with the aim of becoming the next big Hollywood studio.

The Burbank company pursued an old-school strategy of producing mid-budget films with major stars, such as Jennifer Lopez, Kevin Hart and Melissa McCarthy. But in recent years, it has delivered an uneven performance at the box office with flops including “Ugly Dolls,” “Poms” and “The Happytime Murders.”

Last year, with theaters hobbled by the pandemic, the company sold the U.S. rights for its Gerard Butler disaster film “Greenland” to streaming service HBO Max for $25 million, while keeping video on-demand sales of the movie. Also during the pandemic, STX sold the Dave Bautista action comedy “My Spy” to Amazon Studios.

As part of that merger, STX announced a “revamped capital structure,” which included $125 million in equity from new and existing STX Entertainment investors as well as John Malone’s Liberty Global. STX said it had “superior liquidity and a robust balance sheet,” including a $350-million credit line led by JPMorgan.

Eros STX said in this week’s statement that its STX subsidiary owes $150.1 million on a JPMorgan credit facility that matures Oct. 7, as well as $22.7 million in additional debt that is due next summer.

The company was required to deliver audited financial statements last weekend — but missed the deadline, the filing said.

Eros STX also told investors it had filed for an extension to complete its annual report, citing an ongoing “formal internal review of certain accounting practices and internal controls related to its Eros subsidiaries.”

The company must provide its annual report and an update on its debt restructuring by Aug. 17.

In the filing, the company said that although it was looking to a third party to bring in more revenue for its films, the company expects to continue to administer and distribute its catalog for a fee. It also plans to retain sequel and remake rights.

STX is looking to raise funds from its library at a time when the value of film and television content is skyrocketing.

Amazon struck a deal in May tobuy MGM Studios for $8.45 billion, subject to regulatory approval, because the internet giant wanted control of MGM’s 4,000-title film catalog.

The discussions also come as studios are struggling to release films in theaters amid concerns about the spreading Delta variant of the coronavirus.

STX was founded with an illustrious list of backers, including private equity giant TPG and Chinese fund Hony Capital. At the time, Chinese investors were go-to partners for U.S. film financiers.

But within a few years, movie-goers and studios were more interested in big franchise films such as Marvel‘s “The Avengers” and Star Wars. The rise of streaming services kept more casual movie fans at home.

And by 2019, the once red-hot China film market had cooled. STX canceled plans for an initial public offering in Hong Kong, due to stock market turbulence. The company had sought to raise as much as $500 million from the listing.

Tags: Los Angeles News
Previous Story
Disneyland has a new annual pass program. Here’s everything you need to know
Next Story
Column: The government lawsuit against Kaiser points to an immense fraud problem in Medicare