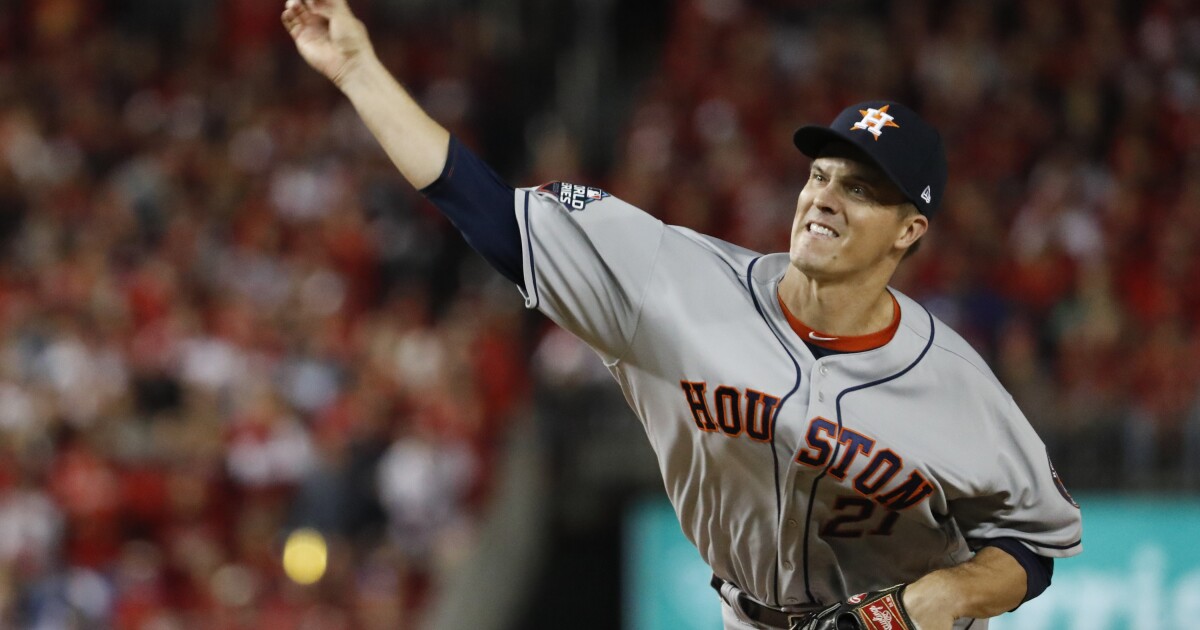 That’s $175,000 shy of what he paid for the compound in 2013, records show. He probably wasn’t too focused on getting a good deal at the time since the sale came just a few months after he signed a six-year deal with the Dodgers worth $147 million, which at the time was the largest ever for a right-handed pitcher.

It’s designed like a Craftsman but built like a mansion, clocking in at more than 8,400 square feet with six bedrooms and nine bathrooms. The 1-acre grounds also hold a 2,000-square-foot guesthouse with a kitchen, game room and its own garage. A tree-lined footbridge connects the two homes.

Tapered stone columns and overhanging eaves bring Craftsman charm to the exterior, and the living spaces boast wood ceilings, wood floors and wood-trimmed windows and doors. There’s a foyer under 26-foot ceilings, a living room with built-ins and a family room with a floor-to-ceiling fireplace.

The most impressive space is the second-story owner’s suite. At 2,100 square feet, it’s larger than many L.A. homes and features clerestory windows, a lounge, fireplace and wraparound balcony.

Out back, a stone path stretches from the patio to the split-level pool and spa. Dining areas, lounges and a putting green fill out the landscaped space.

A six-time All-Star, Greinke has played for the Royals, Brewers, Angels, Diamondbacks and Astros in addition to his three-year stint with the Dodgers. He won the American League Cy Young Award in 2009 and has twice led the league in ERA.

Craig Knizek and Andre Warren of the Agency held the listing. Irene Dazzan-Palmer, also with the Agency, represented the buyer.