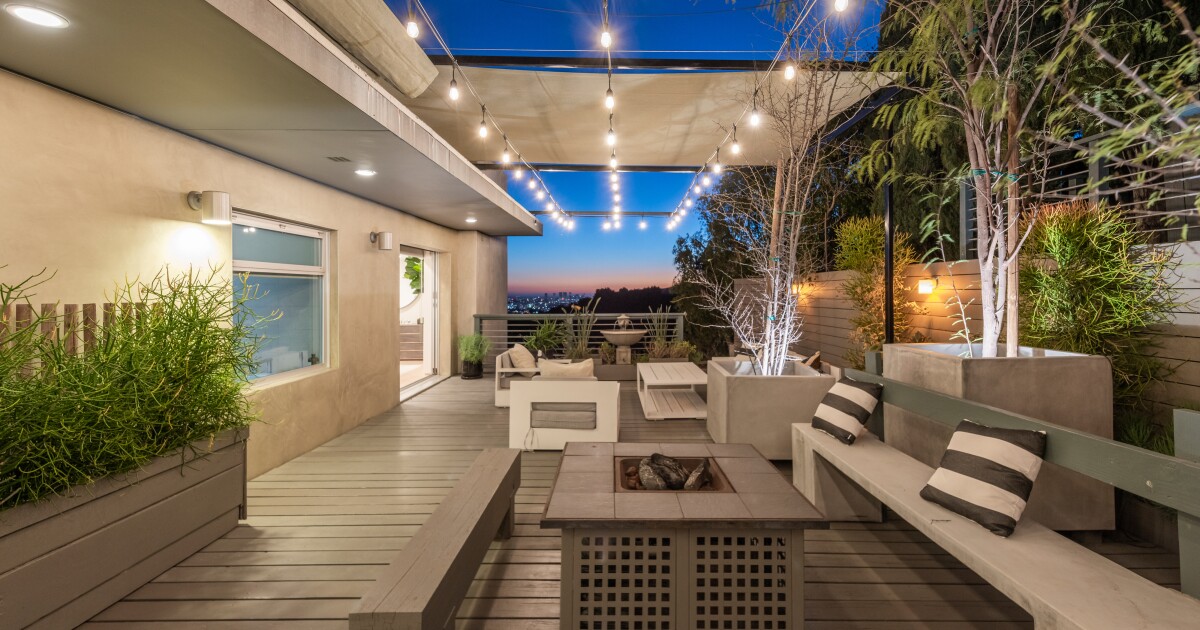 L.A.’s 41st mayor, Antonio Villaraigosa, is electing to sell in Hollywood Hills, offering up his scenic home for $2.595 million.

The L.A. native served as mayor from 2005 to 2013 and bought the property two years later for $2.5 million, records show. During his stay, he preserved and updated the hillside house, which was originally redesigned by Vance Lorenzini — the production designer behind music videos for Madonna, Aerosmith, Kanye West and others.

“This home is a true love story for me,” Villaraigosa said. “The moment I first walked up the stairs in this home and took in the views, I fell in love with it.”

Clad in concrete, the modern residence spans 3,660 square feet and takes in 300-degree views from walls of glass and multiple decks, balconies and outdoor spaces. Villaraigosa called the views “a panoramic time capsule of my life.”

“Everything is in sight across the city, from my youth in East L.A. to my days in Mount Washington, Venice and Century City, and iconic landmarks like Griffith Park Observatory, City Hall, Union Station Gateway, LAX flight paths and the Pacific Ocean,” he said.

In addition to three bedrooms and four bathrooms, there’s a sky-lit great room, chef’s kitchen with custom cabinetry, dining room with a fireplace and studio set up as a gym. The primary suite opens to a private patio under string lights. Out back, a spacious deck adds a fire pit and grill.

Before he was elected mayor in 2005, Villaraigosa served as the Democratic majority leader in the California State Assembly and also on the Los Angeles City Council. The 68-year-old ran for California governor in 2018 but lost in the primary election.

Tags: Los Angeles News
Previous Story
Many Californians have just three days of paid leave. What if they get COVID-19?
Next Story
Column: We’re facing a tidal wave of COVID-related disability cases, and we’re not ready