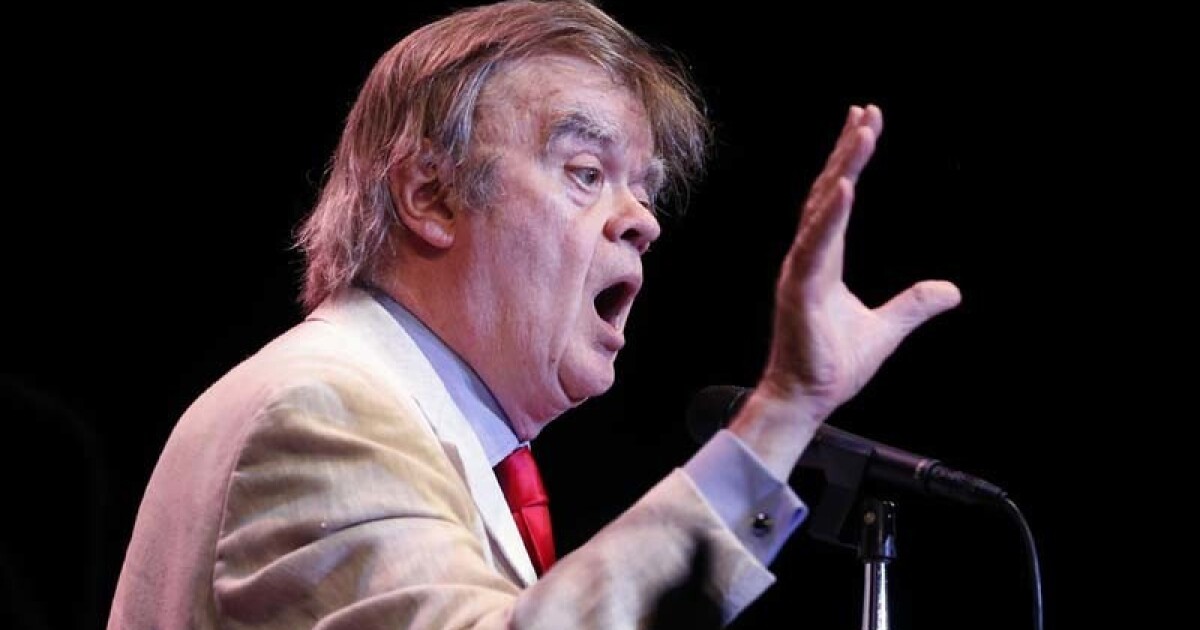 The career of Garrison Keillor, the folksy host who revived the American tradition of gathering every week in front of the radio, appears to be in something of an eclipse.

Keillor’s signature program, “A Prairie Home Companion,” went off the air in 2016 (though an archive of past shows is online). He’s still writing books centered on his mythical town of Lake Wobegon as his personal Yoknapatawpha County, but it’s a safe bet that they’re not selling as well as during his heyday.

An allegation of “inappropriate behavior” with a female assistant spurred Minnesota Public Radio, his broadcast home for more than four decades, to sever its ties with Keillor in 2017. He denied the allegation. MPR reporters subsequently unearthed a string of further accusations.

It is not remotely funny to compare the Social Security Administration to Hitler’s Schutzstaffel.

So it’s conceivable that a recent column posted on his website in which he equates the Social Security Administration with the Nazi Schutzstaffel — that is, the SS — represents nothing more than his attempt to grasp at the public attention that has been slipping away. Even in those terms, however, it’s over-the-top and repugnant.

Describing his travails getting caught in Social Security phone message hell when he tried to obtain a replacement Medicare card, Keillor wrote of “Social Security, whose initials are the same as Hitler’s Schutzstaffel, which is no mere coincidence.”

Keillor wrote that he finally reached a customer service agent on the phone: “A woman came on the line who I could tell was wearing a brown uniform with a swastika on her cap.”

Keillor’s diatribe has raised the hackles of Social Security’s legion of supporters. One is Tom Bethell, who is a longtime advocate of the program and a senior fellow at the National Academy of Social Insurance.

Bethell informed the 79-year-old Keillor through a message prompt on the latter’s website that “it is not remotely funny to compare the Social Security Administration to Hitler’s Schutzstaffel. Unlike the genocidal SS, the SSA that you so blithely denigrate is a lifesaving force and an absolutely vital engine of social and economic stability in turbulent times.”

He added, “SSA has never missed a payment in 85+ years and continues to pump out more than $90 billion every month like clockwork…. [I]f the customer service you received fell short of your standard, pause for a millisecond to consider that Congress has been underfunding SSA’s administrative expenses for decades.”

Keillor wrote back, graciously enough, “An excellent letter, sir, and I admire you for writing it.” He also expressed contrition in varying degrees to readers who wrote him to complain, though he hasn’t amended his original column. (I contacted Keillor for comment on the uproar through the same method but haven’t received a reply.)

Other advocates and clients of Social Security have also sounded off. Many wrote more in sorrow than anger, as fans of Keillor’s programs and writing.

That’s true here, too: I tried never to miss a broadcast of the program, owned a two-disc anthology of program sketches and songs, and attended a live performance at (I believe) USC in the early 1980s. I treasured the Powdermilk Biscuits T-shirt I bought at the scene for years, until it withered down to shreds.

But leaving aside the strained allusions to Nazi Germany, let’s examine where Keillor’s slur went off the rails.

To begin with, Keillor didn’t have to phone Social Security to obtain a replacement Medicare card. He could do that online, by accessing his Social Security account. He might have to create an account first, if he hasn’t done so yet, but the process is not especially burdensome, especially for someone writing a weekly column and other posts for the web. From the account, it’s a few steps to a prompt to have a replacement card mailed out.

More to Bethell’s point, it’s true that the Social Security Administration has been systematically underfunded for years, leading inexorably to a decline in customer service.

This looks like an attempt by Social Security’s enemies to undermine the public’s faith in the program, because there’s no earthly reason to squeeze its administrative budget; that money comes out of payroll taxes and the system’s other revenue, not from the general Treasury. And it’s spent with care: The Social Security Administration is one of the government’s most efficient agencies, with a core administrative budget of 0.7% of benefits.

Yet, as I wrote a few years ago, “the best way for any consumer-facing organization’s reputation for quality to be destroyed is for its phones to go unanswered and its offices to be locked and dark during what normal people consider to be business hours.”

That’s what’s happened at Social Security. The pandemic has only made things worse, since the system’s 1,230 field offices were shuttered in March 2020. They’re being reopened, slowly, but with reduced hours.

The strangulation of customer service picked up speed during the Trump administration. Between fiscal 2016 and fiscal 2020, the program’s caseload of retirees and disabled individuals rose by about 5% to 64 million.

As Kathleen Romig observes, the shrinkage of Social Security’s customer service capabilities predates Trump. Romig, of the Washington-based think tank the Center on Budget and Policy Priorities, writes that from 2010 to 2021 the program’s operating budget fell by 1%, accounting for inflation. Staff also fell by 13%. Meanwhile, the number of beneficiaries rose by 22%.

Romig reports that President Biden is calling for a 10% increase in the program’s budget, but that’s not nearly enough to bring customer service up to where it should be — indeed, where it was more than a decade ago. Even Saul recommended a 12% increase.

So, sure. Keillor may have experienced customer service that fell short of his expectations, but he placed the wrong target in his crosshairs. The Social Security Administration and its workers are as far from Nazis as one could possibly imagine. What they need is to be supported and respected, not maligned. Shame on him.