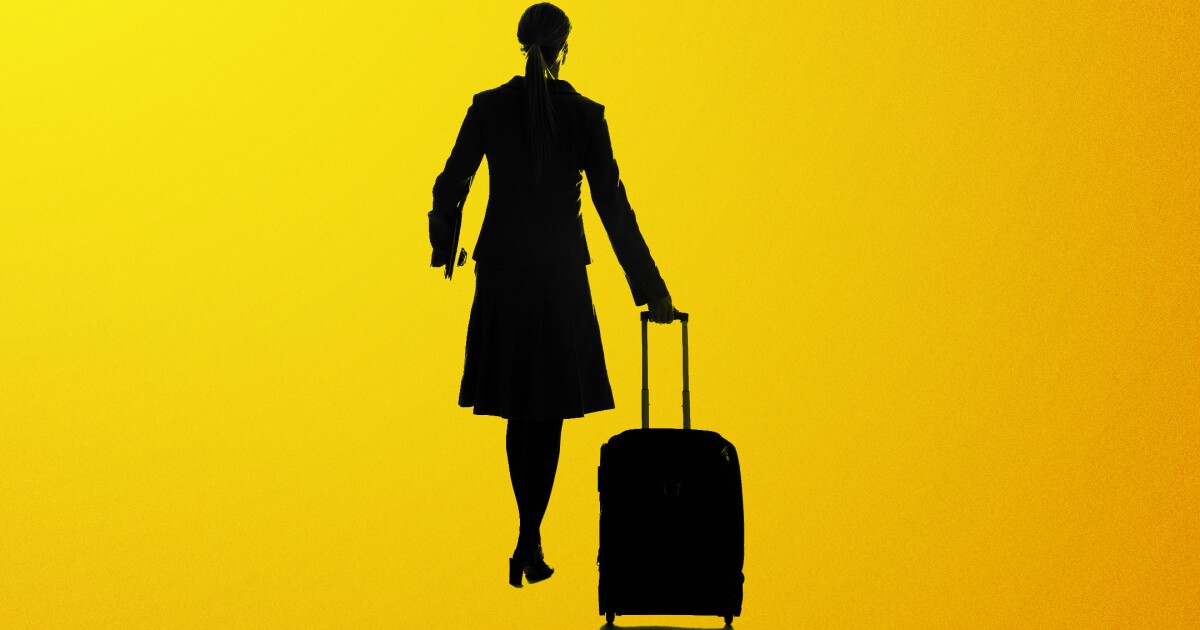 After a 14-month hiatus, I was scheduled to return to flying with back-to-back trips, one to Washington, D.C., one to Washington state, two airlines, two kinds of tickets, all with the same mission: hugging. The two questions before me: Could there be too much hugging of your family after two years apart? And what would I learn flying to Seattle and Washington Dulles on Delta and Alaska, respectively, from LAX?

Answer to the first question: No. There is no such thing as too much hugging of people you love and have missed. Answer to the second: I learned plenty and also had the awful realization that travel muscle memory fades. Here are some pitfalls worth noting if you’re flying after not flying for a while.

Beware what you think you know

Some of the new rules of flying have been repeated so often that they cannot be a surprise: Wear a mask in the terminal and on the plane and expect limited in-flight food and beverage. Check and check.

Here’s one I didn’t anticipate before my 7:45 a.m. departure to D.C.: That place you always parked may not be open. Check and nearly mate.

I left home in plenty of time for my flight. Good thing because there was a surprise: Lot E, the economy lot at LAX, is closed, and there is no timeline for reopening.

Time to renew my romance with the Parking Spot on Century Boulevard, which I jilted when Lot E opened in 2019. It welcomed me as it always had, but time was running short, so instead of parking on the less-expensive rooftop (which often says it’s full but usually isn’t, in my experience), I parked in its welcoming covered parking lot.

My five days of parking cost $133, just $37 less than my round-trip main cabin fare to D.C. on Alaska. If/when Lot E reopens, I’m breaking up with Parking Spot. Again. (Note to Ben Affleck: Be careful about rekindling an old flame. Someone always gets burned.)

You already know that about airfares, rental cars and hotels, but it’s also true for ride-sharing.

My Uber to LAX for the Seattle trip cost $39.91, plus tip. But upon returning, the fare quoted for LAX to home was $63.71. I checked Lyft, and it was quoting $40. Had I known Lot E was closed, I would have used ride-share for my trip to D.C. Lesson learned. Again.

Basic economy may no longer be your BFF

In a bid to mitigate the pandemic blow, airlines that offer the no-perk basic economy ticket loosened up. In the Before Times, an unused basic economy ticket was money down the drain. No credit, no refund. You couldn’t pay a change fee in hopes of recouping at least some of the ticket’s value.

During the pandemic, airlines’ hard hearts softened, and you could change a basic ticket, avoid the fee and retain its value.

Now it’s back to the bad old days. A basic ticket on most airlines has morphed into its old self — no changes and no financial relief. You are stuck, and your ardor may cool.

Confession: I lucked out big time on my basic Delta ticket to Seattle. All the things that make basic economy dicey — bag fees and, sometimes, no carry-on, no seat selection until the 11th hour, boarding last so you must take the Penny Pincher Walk of Shame past the non-basic fliers — weren’t an issue on my trip.

I flew Delta in the waning days of its empty middle-seat policy and scored an aisle seat in a three-across in which there were but two of us. I also didn’t have to board last because Delta was boarding back to front and my seat, 21C, was in the first group called. All of us were offered drinks and snacks (almonds and a mini Clif bar), and I finally got to see “News of the World” on the way out and “Soul” on the way back.

Delta also offered to check my bag for free on my return to LAX, although I have no idea why. I happily accepted because I’m not tall or strong enough to hoist my bag into the overhead without help — that’s an ego bruiser — and my bag was waiting for me when I got to baggage claim.

For $150 round trip, what’s not to love? Alas, I think my first trip in basic may also be my last because those stars may never align again. But it was fun while it lasted.

There are worse things than crying babies

Pre-pandemic, I would have said, “Yeah, like what?” One little pumpkin head wailed most of the way from Dulles to LAX. I can’t say I didn’t notice, but I can say I didn’t mind. Much. Maybe I’ve made peace with the notion that this baby was not on this flight just to make me miserable. Or maybe I was so fortified by all that hugging that this tearful tyke was nothing more than a blip on the scale.

May it ever be so.

Tags: Los Angeles News
Previous Story
Column: This L.A. company has a ‘microbiome’ test for your cat’s teeth. Does it work?
Next Story
California moving toward workplaces without masks: What you need to know