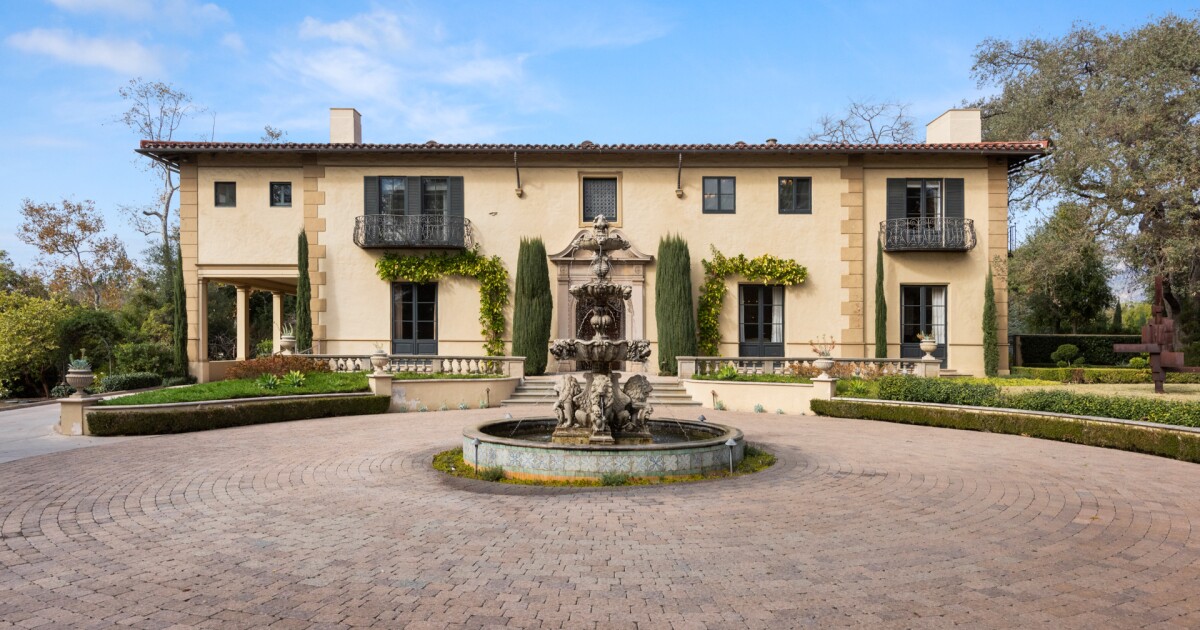 Goodwin Gaw’s most prized Southern California property is the Hollywood Roosevelt Hotel, but over in the affluent enclave of San Marino, the billionaire investor is offering up another impressive estate: the Mrs. James Skinner House.

At 10,811 square feet, it’s the most spacious property currently up for grabs in San Marino, and it boasts a string of owners that sets it apart from its neighbors. Neff built the mansion in 1929 for Harriet Skinner, widow of James Skinner, who helped found the chain of Sears, Roebuck and Co. department stores.

In the 1940s, it was bought by James Benton Van Nuys, grandson of Isaac Newton Van Nuys, who developed the San Fernando Valley neighborhood now known as Van Nuys. Gaw shelled out nearly $6 million for the home in 2004, records show.

At the front of the 1.8-acre estate, gates open to a motor court with a hand-carved stone fountain, and inside, extensive upgrades have kept the Italian Revival-style home in touch with its period charm. Hand-painted ceilings and Baccarat crystal chandeliers hang above marble floors, and other accents include wood-paneled walls and wrought-iron balconies and banisters.

In addition to the formal living spaces, the home saves space for amenities such as a movie theater, wine cellar and gym. Six bedrooms and eight bathrooms complete the main house, and the guesthouse contains two bedrooms as well as a kitchen. Outside, the manicured grounds feature gardens, a lighted tennis court and 50-foot lap pool.

Gaw serves as chairman of Gaw Capital Partners, which manages billions of dollars’ worth of international real estate. He bought the Roosevelt Hotel — named for President Theodore Roosevelt and the site of the first Academy Awards ceremony — out of bankruptcy in 1995. Forbes put his family’s net worth at $1.6 billion.

Brent Chang and Linda Chang of Compass hold the listing.

Tags: Los Angeles News
Previous Story
Facebook cracked down ahead of the Chauvin verdict. Why not always?
Next Story
‘A feeding frenzy’: Southern California home prices up 15%