How a group of sommeliers saved this Los Angeles restaurant

How a group of sommeliers saved this Los Angeles restaurant 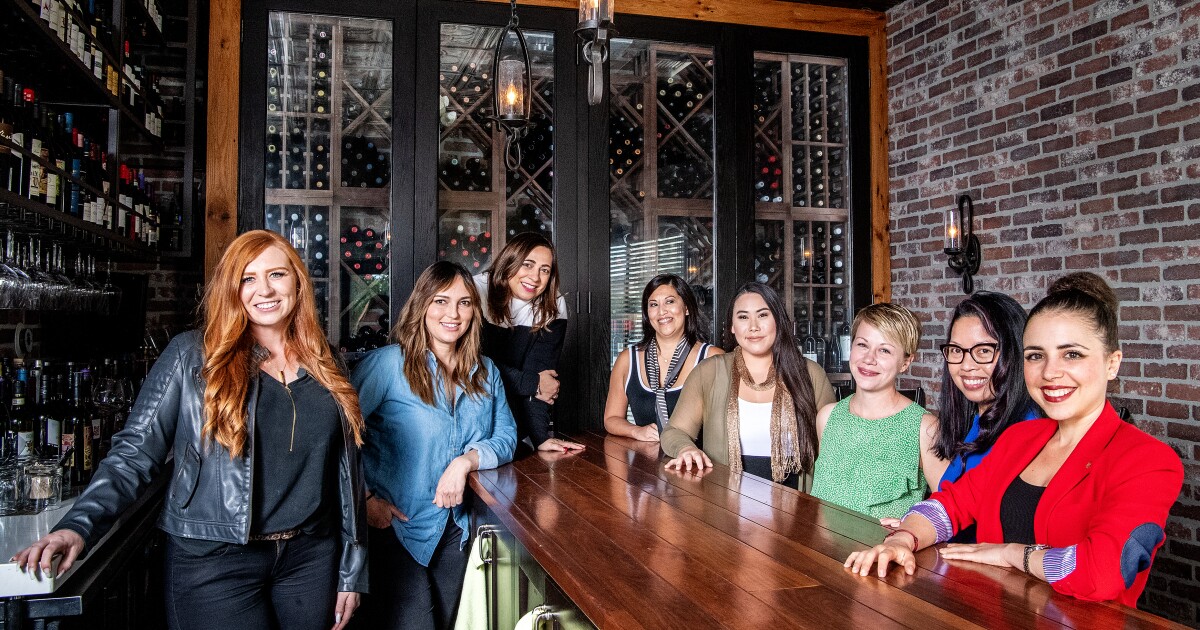 When a restaurant closes, it leaves a lasting hole in the fabric of a community. Bäco Mercat, Bon Temps, Broken Spanish and Here’s Looking at You are just a few of the well-known pandemic casualties the city will mourn for a long time.

The struggles of smaller neighborhood restaurants have been less documented but are no less painful; Rustic Kitchen is one of them

In January, the small wine bar and restaurant in Mar Vista was in bad shape. Like many small-business owners, John and Noelle Fanaris struggled to keep their doors open.

The restaurant, which offers more than 70 wines by the glass, is a neighborhood spot that relies on people sitting down and experiencing a leisurely meal on one of the restaurant’s two patios. It is not a destination for takeout. In December, revenue was down 70%. The ban on outdoor dining made it almost impossible to keep up with payroll, utilities and vendors.

“We were really close to shutting down,” John said. “I was drowning in credit [card debt] and digging into my life savings to keep us afloat.”

One afternoon in late January, John remembers sitting at his bar contemplating the restaurant’s future when Cristie Norman walked in. The sommelier was there to pick up bags from a virtual tasting she’d hosted earlier in the week.

Norman, who was a sommelier at Spago until the pandemic hit, hosts weekly virtual blind tastings and biweekly or monthly masterclasses. She relies on businesses to be pickup and drop-off locations for her wine-tasting kits. Six months ago, John, a wine enthusiast and sommelier who had attended some of Norman’s wine events before the pandemic, offered his restaurant as a pickup and drop-off site. In doing so, he created access for dozens of wine professionals on the Westside to participate in Norman’s classes.

“I walked in that day and he looked really upset,” she said.

“I offered to help, but he said there was nothing I could do,” Norman said. “He put this big smile on his face and it just broke my heart.”

When she got home, she quickly devised an emergency assistance plan.

Norman, 26, has experience with facing a seemingly impossible challenge. She received her sommelier certification at 21 and joined the team at Spago shortly after. When the pandemic hit, she created the United Sommeliers Foundation, an organization that has raised more than $950,000 to help wine professionals.

That night, she posted a message to 180 people on a private Los Angeles sommelier Facebook group and sent an email blast to about 320 people on her personal mailing list.

“Rustic Kitchen needs our support right now, urgently, so I’ve created some ways to do that,” she wrote. “I try not to ask you guys for much. I really don’t. This would mean the world to me. We all have to eat, so I felt that this was a low-impact way for each of us to do a small thing and create a big result.”

Norman’s call to action included a request for money to purchase a $1,000 gift card to the restaurant that would be given away in a contest on Instagram. She asked contestants to follow the restaurant and tag two friends who live in L.A. In just 24 hours, the Rustic Kitchen social following more than doubled, from about 600 followers to more than 1,200.

But Norman wanted to create a sustainable solution for the restaurant. Her Facebook post also asked the group to commit to ordering delivery or takeout from Rustic Kitchen at least once in the next seven weeks and for everyone to ask their contacts to do the same. She created an online form to keep track of the details and started a Telegram chat devoted to efforts to save the restaurant. About 20 people signed up, committing to order food and spread the word.

Norman has a specific structure for the campaign that she calls “throwing darts” — each outreach effort is akin to throwing a dart. To encourage leadership, she asked participants to volunteer to be a leader — rallying the group and contributing “positive energy”— for a specific week.

“Darts don’t come back to you, it’s just something that you throw out there,” Norman said. ‘If it sticks, great. If it doesn’t, at least you told one person about the restaurant.

Participants logged every “dart” thrown with information on who they contacted and whether the person said they would visit the restaurant. In February and throughout March, some people committed to going right away. Others promised to visit in the future and gave specific timeframes.

Norman was able to raise enough money for the $1,000 gift card and received an additional $500 donation, which she put toward her sommelier group’s house account at Rustic Kitchen. If someone says they want to visit the restaurant but can’t afford it right now, Norman offers them a free meal using the account.

“It’s about creating inspiration and leadership in our wine community and giving them an opportunity to step up because the wine industry is very individualistic,” she said.

“People were supporting us, bringing their friends, and it’s just been amazing,” he said. “It’s helping us get over the hump and keep going.”

Christine Tran, general manager and wine director at Hinoki and the Bird restaurant in Century City, is one of the sommeliers in Norman’s network and a frequent participant in the virtual wine tastings. She reached out to her database of contacts, asking them to meet her at Rustic Kitchen for lunch. In February, the week she was a leader, she dined at the restaurant three times.

“Small restaurants have cried out for help during this past year and I think as a community if we don’t help our own community, how do we expect other people to help?” she said.

Lu Diodovich, an unemployed wine professional who has worked in Los Angeles for 14 years, called and texted everyone she knew and asked them to come to Rustic Kitchen.

‘I take my baby to the park and whoever talks to me at the park, I tell them about the restaurant too,” she said. “I also have a teenage son, and I told him to tell all his friends about the lobster mac and cheese because he loves it.”

Norman scheduled regular calls with the group of sommeliers, checking in on their dart-throwing. And she encouraged them to share how they felt about being part of the team.

Lauren Hirsh, who co-owns Club 14 wine club and bar in Westlake with her brother, felt compelled to support another member of the wine community. “Every single order counts,” she said. “You hear about restaurants closing down and you wish you could have done something. This is doing something.”

As business picks up, John is looking forward to hiring back more staff and to start hosting dinners with winemakers again. Just before the outdoor dining ban in November, he had planned a sold-out dinner with Law Estate Wines.

“What these sommeliers did really helped,” he said. ‘I saw people coming in and they bought wine and had dinner [outside]. Probably without it, I would have had to close.”

Norman is hoping her efforts will encourage other communities to launch similar campaigns for their favorite neighborhood restaurants. She doesn’t plan to stop helping Rustic Kitchen any time soon. For the eighth week of the campaign, she designed a contest. The participating sommelier with the most points (earned by throwing darts, following up with people and asking them to submit Yelp reviews) will choose a liquid to dump on Norman’s head. She’s counting on everyone’s competitive nature to result in a surge of business for the restaurant.

“I hope people see what we’re doing and they’re inspired to do something for places that have impacted them,” she said. “It’s not just about this specific restaurant but the message it sends to everybody. A small group of people with a small amount of effort can make a big difference.”