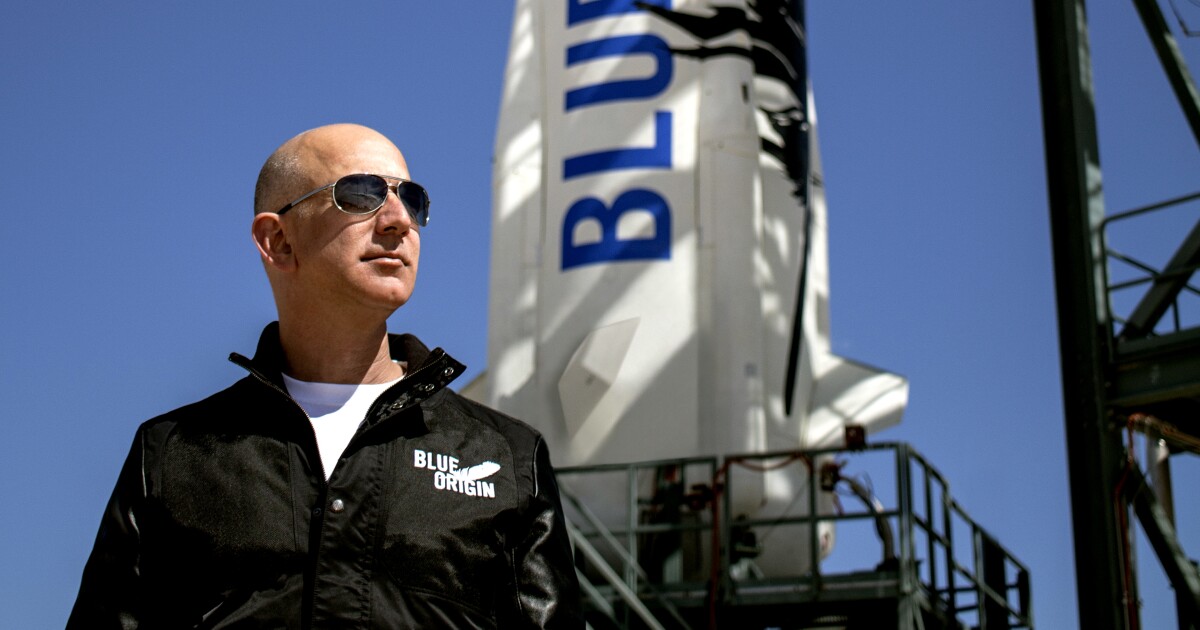 Blue Origin said Wednesday that it is auctioning off one seat on the first crewed flight to suborbital space of its New Shepard rocket and capsule system, currently set for July 20.

Sealed bidding, in which aspiring astronauts can bid any amount on the auction website without any other bidders knowing, starts today. On May 19, those bids will become public, and subsequent bidders must exceed the highest amount to stay in the auction. The contest will conclude with a live auction June 12, Blue Origin said in a statement.

Proceeds from the auction will go toward Blue Origin’s Club for the Future foundation, which promotes science, technology, engineering and math careers.

The Jeff Bezos-led company, based in Kent, Wash., has been flight testing its New Shepard rocket and capsule system for years. It will eventually compete with Virgin Galactic, a suborbital space tourism firm founded by British billionaire Richard Branson. Virgin Galactic charged $250,000 for people who signed up early. The company now says on its website that it will charge more than that for all subsequent sign-ups, but that it hasn’t yet settled on final pricing.

Auctioning seats to space has become popular as of late.

The Inspiration-4 mission, which will launch to space in a SpaceX Crew Dragon capsule, auctioned off one seat for charity. The winner of that seat — Christopher Sembroski — told the New York Times that he thought he had donated $50 in the auction, but that a friend ended up winning the auction and transferred the seat to him.

That mission is being led by tech entrepreneur Jared Isaacman, chief executive of Allentown, Pa.-based payment firm Shift4 Payments, and is set to launch toward the end of this year. It would be the first time a crew of only private astronauts will reach orbit.