L.A.’s beloved Bootleg Theater shutters: ‘We couldn’t even have one last show’

L.A.’s beloved Bootleg Theater shutters: ‘We couldn’t even have one last show’ 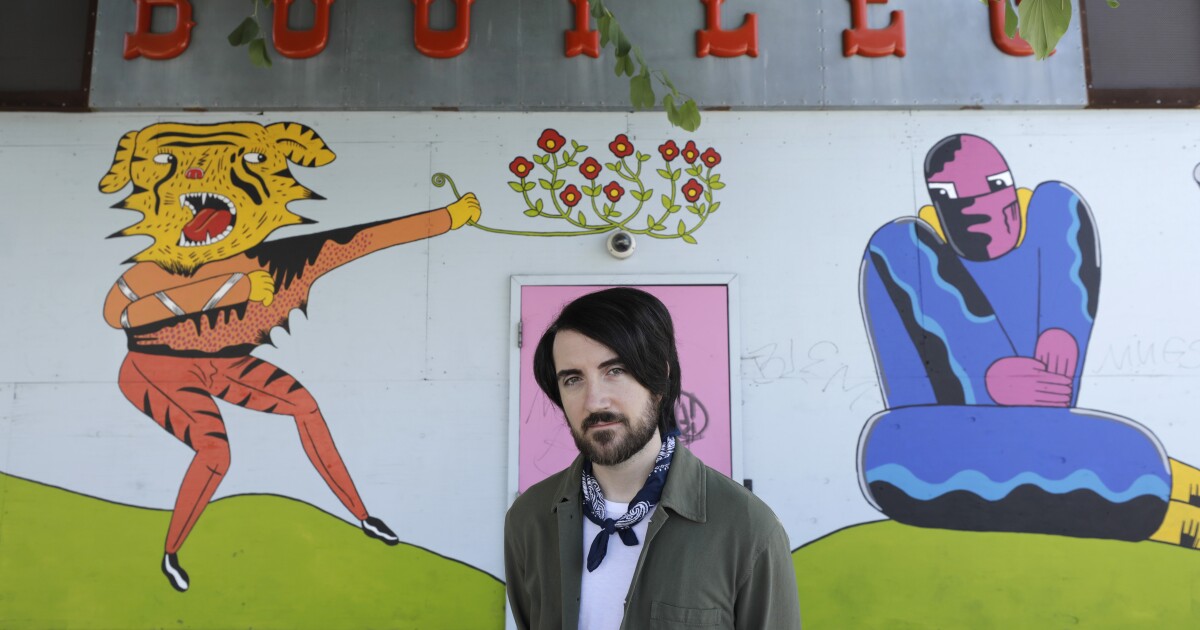 “It’s been an overwhelming last few days,” talent buyer Kyle Wilkerson said on Tuesday, a day after news broke that the beloved Bootleg Theater in Historic Filipinotown was closing permanently after more than a year of a COVID-19-related shutdown. “This all happened so suddenly.”

Wilkerson, 36, probably could have said that at many points over the last 16 months, which saw the onset of the pandemic, the shuttering of music venues and a grinding, still-unresolved quest for venues to get the federal aid due to them since December.

But the news of the 2-decade-old music and performance space’s demise still cast an unexpected pall over the reopening of Los Angeles’ nightlife and cultural venues. The venue joined the Satellite, Blue Whale and Hi-Hat on the list of independent small clubs that, for various reasons, didn’t survive the pandemic. But the fact that it happened during reopening week seemed to sharpen the sting for local music fans.

Jason and Alicia Adams, who had owned the club since 1999, said in a social media post: “Before the pandemic hit, we had reached an impasse of irreconcilable differences with the partner we originally purchased the property with in 1999, despite our earnest efforts to purchase our partner’s share of the real estate. The crush of a COVID closure made the situation even more untenable for us. After resisting numerous offers to sell out the Bootleg to conglomerates such as Live Nation, we managed to keep the little-engine-that-could chugging along. It is a gut punch to us that our ultimate demise was an inside job.”

The new owners — still anonymous for now — reportedly plan to keep it as some sort of arts venue. Reached by phone on Tuesday, Wilkerson (who also books shows at venues like the Highland Park Ebell, Pico Union Project and First Congregational Church of Los Angeles) explained what did the Bootleg in, and how independent local music might still come back from its worst year in generations.

It must be really disappointing to see the venue close just as the state more fully reopens. What happened?
Wilkerson: The owners had a silent partner, and there was a lot of infighting even before the pandemic. Then when it hit, the third owner wanted out while Jason and Alicia wanted to stay in the business. But the third owner held them up and forced them to put the building up for sale. They did it midway through the pandemic and it didn’t sell for a while, so we were hoping to ride it out, but at the last minute, two people came and bought it and forced the sale. At the end of the day, it’s the dissolution of the partnership that did it. The pandemic obviously exacerbated it though, and it might have been different otherwise.

It’s taken everybody by surprise, artists and patrons alike. We’ve been seeing this outpouring of affection over the last 48 hours. It’s still really raw. Everybody wanted closure but with the pandemic we couldn’t even have one last show.

The venue has been around for decades and really mattered to fans. What’s going to be lost when the space goes dark?
So many people said they met their best friend, their wife or their husband here. It was beyond a venue or a bar, one of those places that was integral to people’s stories about their lives. It’s hard to replicate that.

This is one of several indie venues that closed over the last year. How is the local live landscape going to be altered once shows are back more fully?
This industry always ebbs and flows. There will be new venues that pop up. There might be a lull for a few years, and there might be more that go down or get bought out by Live Nation, but there will be a whole new generation of people who want to put on their own shows. It just might be a brief moment where we have fewer venues than in 2019.

So many venues are angry that the Save Our Stages Grants (SVOG) have been so slow to roll out. Would that have made a difference for you?
We got a PPP loan but we didn’t get SVOG, and I don’t know any others who did. It’s so disheartening. The bill passed last year. We all expected to have that money by now and be able to go back to operating and rehiring. If everyone got that money tomorrow, it’s still hard to open in two weeks. I just hope it comes soon.

What shows are you going to take with you as big achievements while you were at Bootleg?
My most memorable show will probably be the secret show with Conor Oberst and Jonathan Wilson, Gillian Welch and Jim James. Conor asked me who to put on for this blank date in July of 2015. Phoebe Bridgers was my favorite new singer-songwriter, so I thought let’s put her on the bill, and he was blown away, and it kindled their friendship from there. Moses Sumney’s residency started weeks before the pandemic; it was the last show in the theater. Moses took over the whole space, and it was just transcendent to see. I’ll never forget that, because his record was all about isolation, and I often think about what an incredible way that was to close out the Bootleg, whether we knew it or not.