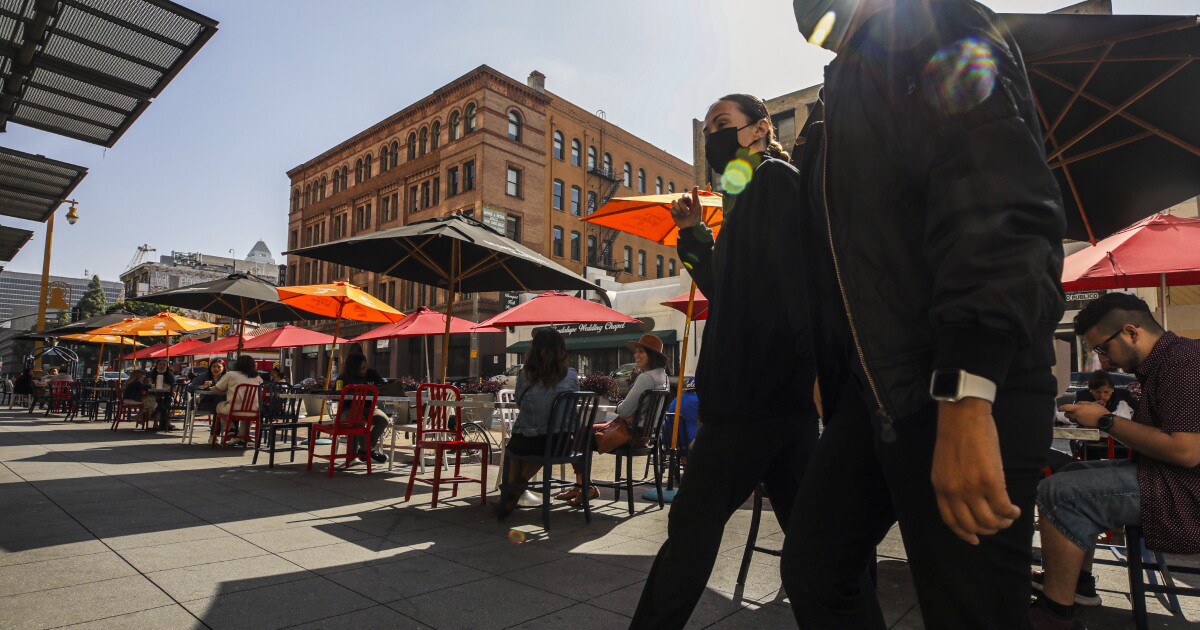 The Los Angeles County office rental market is showing early signs of stabilizing as businesses shed space at a slower pace in an apparent calculation that better times are ahead.

Facing a shaky economy during the worst months of the pandemic, many companies pulled back on their office rentals by taking less space when their leases came up for renewal or attempting to sublease space they weren’t using. Office leasing in Los Angeles County fell to its lowest point since the Great Recession in the April-June quarter last year.

Vacancy rose again in the second quarter of 2021 from the year-earlier period, yet at a reduced pace as the number of leases being signed picked up while the economy began to rally, real estate brokers said.

“We’re not out of the woods yet, but we have reached an inflection point where the momentum has shifted,” said Eric Willett, director of research in the Southwest for property brokerage CBRE. Full recovery is not expected until 2025.

Overall vacancy in buildings reached 17.6% in the second quarter, up substantially from 13.9% in the same period last year but little changed from the first quarter, CBRE said.

The brokerage measures vacancy as the amount of space in a building that is not leased and does not reveal how many workers are actually present in their company offices on a given day, a measurement that became more significant when many employees were sent home to work during the pandemic.

About 28% of workers in the Los Angeles area came to their offices last week, according to Kastle Systems, which provides key-card entry systems used by many companies and tracks patterns of workers’ card swipes. That was up slightly from the previous week, but below the national average of about 32.7%

The amount of sublease space on the market jumped in 2020 and there was still a net increase in recent months to record levels, CBRE said, but about 1.5 million square feet was pulled off the market in the first half of the year by companies that decided to hang on to their office space.

“That’s a very substantial sum and gives the sense that these companies are returning to the office and have confidence” that they can pay their rent in the future, CBRE broker Jeff Pion said.

Entertainment company Lionsgate withdrew 200,000 square feet from the market that it had planned to sublease in Santa Monica.

Significant questions remain about how companies will change their office use patterns as they return from working at home, but “we are seeing a lot of companies, especially the large companies, making long-term space commitments,” Pion said.