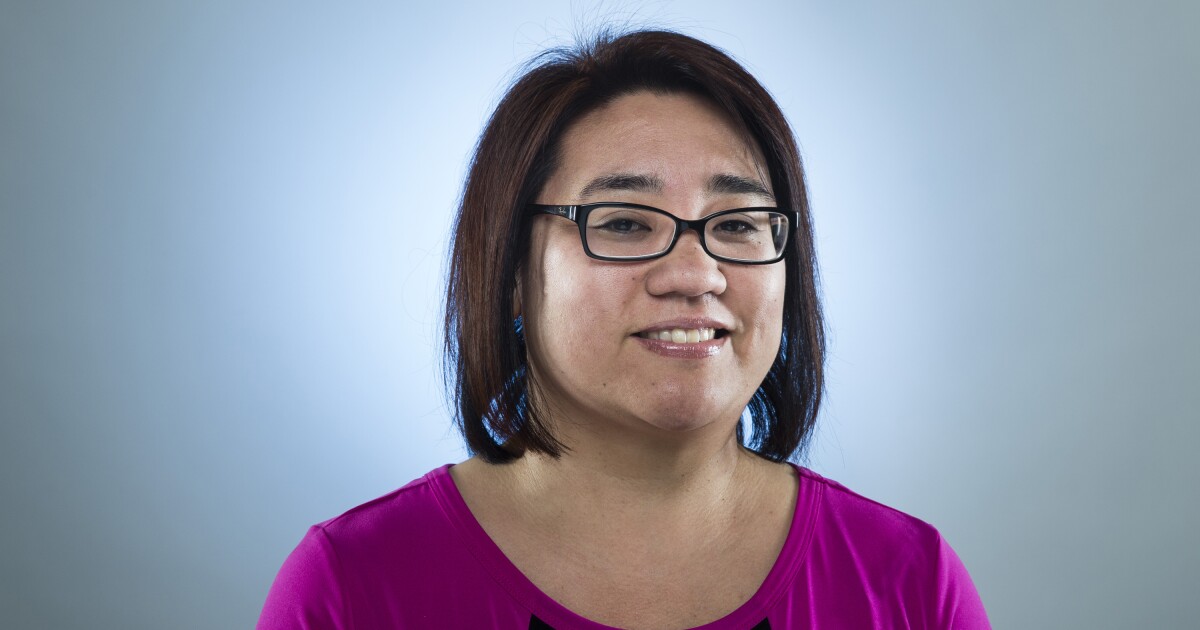 Kimi Yoshino, managing editor of the Los Angeles Times, is leaving the newspaper to become editor in chief of the Baltimore Banner.

The new nonprofit publication, funded by Baltimore-area hotel magnate Stewart Bainum Jr., announced Tuesday that it was hiring the 21-year veteran of The Times to build up a newsroom of roughly 50 journalists focused on local news and launching in 2022, with a goal of expanding in size the following year.

Yoshino, 49, has been managing editor of The Times since April 2020, serving as the second in command of the newsroom alongside Scott Kraft and Shani Hilton. Together, Yoshino and Kraft, as co-managing editors, led The Times through the first half of 2021 while the search for the paper’s new executive editor, Kevin Merida, was underway.

“I’ve learned and grown and had a lot of opportunities here at the L.A. Times,” Yoshino said, “but this opportunity in Baltimore is something I couldn’t turn down.”

Bainum founded the Banner after a failed attempt this year to buy the Baltimore Sun for $65 million from Alden Global Capital, the hedge fund that has become one of the largest news companies in the nation after its takeover of Sun owner Tribune Publishing. Bainum has pledged $15 million as a budget for its first year and created an umbrella organization, the Venetoulis Institute for Local Journalism, to house the project. Yoshino is the Banner’s first editorial hire.

“I’ve seen firsthand what it’s like to work for bad ownership — it’s bad for a community,” Yoshino said. “What Alden is doing to newspapers it now owns is heartbreaking, and it’s unconscionable.

“I’m very excited about the challenge of growing a strong local journalism organization in Baltimore, a city that really needs and deserves strong accountability journalism and close coverage,” Yoshino said. “I’m inspired by people like [Times owner] Patrick Soon-Shiong and people like Stewart Bainum who are stepping in to help save local journalism.”

Yoshino joined The Times in 2000 as a metro reporter for the Orange County bureau, following stints at the Fresno Bee and Stockton Record. On her first day at the paper, she was assigned to cover the story of Brandon Zucker, a 4-year-old crushed under a ride at Disneyland, and spent her inaugural year chasing the story of Disney’s accountability for dangerous accidents.

After six years, she moved to The Times’ flagship office in downtown Los Angeles, reporting on metro and business news and covering the war in Iraq. She was one of the primary editors on the Pulitzer Prize-winning Times investigation into corruption in the city of Bell and became the editor of the Business section in 2014.

There, she oversaw an investigative series on Disney’s efforts to manipulate Anaheim politics. Disney responded by barring Times critics from attending screenings of its movies — which became a media story of its own and a subject of internal furor when a former editor in chief suspended Yoshino. That prompted cries of outrage from the newsroom, which viewed the discipline as a retaliatory move, and Yoshino was reinstated as Business editor.

When biotech entrepreneur Soon-Shiong purchased The Times in 2018 from Tribune Publishing, Yoshino rose to the masthead, where she helped rebuild the newsroom as more than 100 new reporters joined the staff after years of cuts.

Yoshino was considered well-placed to take over the top job at the paper until a 2020 crisis under her watch. The editor whom Yoshino had hired to run the Food section resigned after staffers went public with accounts of a toxic workplace and sexual harassment. Yoshino said at the time that she had missed signs of the damage being done and regretted not spotting trouble and taking action.

Yoshino’s new digital-only project is part of a recent wave of nonprofit newsrooms that have proliferated in recent years, as foundations and wealthy individuals try to fill the gap in local news coverage left by newspapers stripped to skeleton staffs by budget cuts and corporate mismanagement. Editorial page editor Sewell Chan recently left the paper to take the top job at the Texas Tribune, an Austin-based publication following a similar model.

Yoshino said that she never imagined that her career would take her to the higher reaches of the masthead, or away from The Times and her native California. But she felt confident in the move.

“After so many tough years with ownership at The Times, I wanted this place to succeed and I wanted to be a part of helping to get it there,” Yoshino said. “Today it feels like things are on the right path” under the leadership of Merida and ownership of Soon-Shiong.

Yoshino’s last day will be Nov. 12. The Times has not finalized details of who will take over her responsibilities after her departure.

“In the short time I’ve known her, Kimi has shown herself to be an advocate for experimentation, a deft editor, and a versatile leader,” Merida said in a statement. “She’s also been a vital liaison and collaborator, working with both the newsroom and colleagues on the business side to manage initiatives that span the organization.”