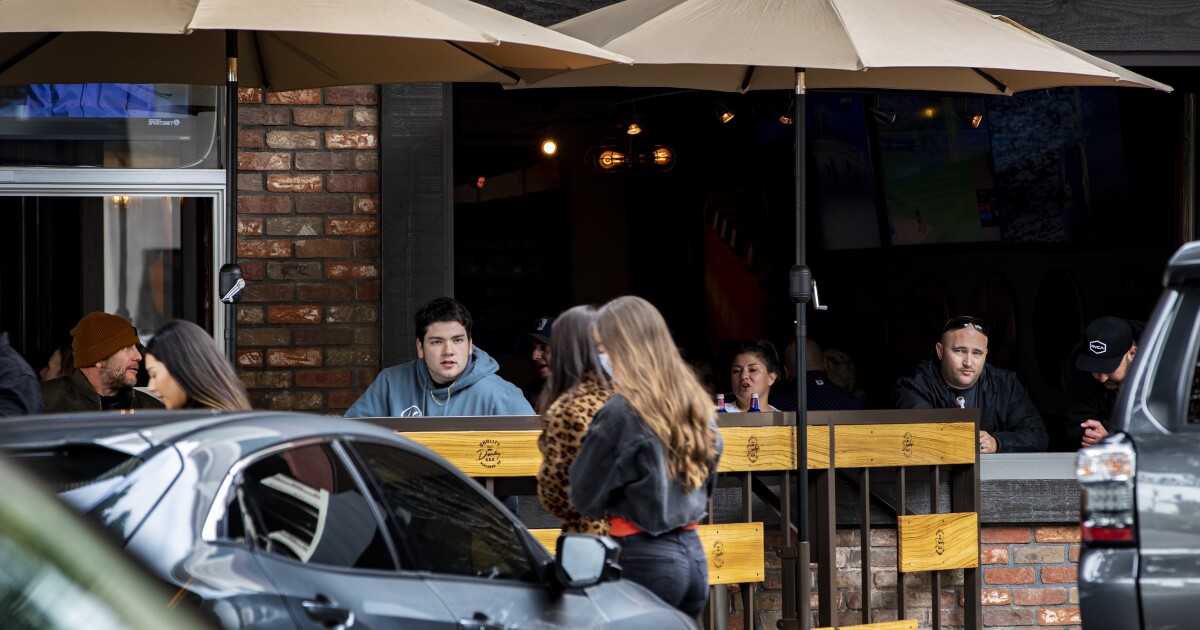 California lawmakers on Monday approved the last part of a COVID-19 economic recovery package, sending the governor a bill he supports that provides up to $6.8 billion in state tax breaks for California businesses.

Gov. Gavin Newsom and lawmakers negotiated the provisions of the bill, which allows businesses to avoid paying state taxes on forgiven loans from the federal Paycheck Protection Program and to deduct expenses paid for using the loan funds.

“AB 80 provides significant and immediate tax relief to California businesses devastated by the coronavirus pandemic,” said Assemblywoman Autumn Burke (D-Marina del Rey), the author of the bill approved Monday by the state Assembly a week after it was acted on by the Senate.

State officials said the tax breaks will apply to up to 85% of the more than 1 million California businesses that received a combined $97 billion in federal loans, or an average of about $96,700 each.

Newsom is expected to sign the bill, although the legislation sent to him Monday is much larger than the $2-billion proposal he announced in February.

“AB 80 represents a joint agreement between the administration and the Legislature and a shared set of priorities on providing additional and substantial tax relief to help California businesses recover and re-hire after the COVID-19 recession,” said H.D. Palmer, a spokesman for the Newsom administration.

The tax breaks were part of a larger economic relief package signed by Newsom in February that also offered another $7.6 billion for programs that included $600 state stimulus payments to low-income residents, and $2.1 billion in grants and fee waivers for small businesses.

The tax breaks approved Monday were supported by leaders of business groups including John Kabateck, California state director of the National Federation of Independent Business.

“Small-business owners shouldn’t be penalized for taking federal support when businesses were adversely impacted by government shutdowns to deal with this terrible pandemic,” Kabateck said.

As an urgency bill that takes effect immediately after it is signed, the legislation required a two-thirds vote. The Assembly vote was unanimous and bipartisan.

Republicans including state Sen. Patricia Bates of Laguna Niguel said businesses in California are struggling at a time when the state budget is flush with cash.

“With California supposedly enjoying a budget ‘surplus,’ it makes no sense to penalize small businesses for accepting federal assistance — especially since the feds have made such assistance fully tax deductible,” Bates said.

State officials said the bill is estimated to cost in the range of $4.4 billion to $6.8 billion on a one-time basis, spread out over six years. The final cost depends on the percentage of PPP loans that are forgiven based on businesses meeting certain federal requirements.

The original lower cost was based in large part on an initial proposal having a $150,000 on deductible expenses, but the new bill lifts that cap for many firms.

Some Republican lawmakers said they were concerned that the bill does not extend tax breaks to businesses that did not face a 25% reduction of gross receipts from 2019 to 2020. Including those businesses would have added another $2 billion to the cost of the tax breaks.

“These loans are for companies that were struggling,” Burke said during a committee hearing on the measure.

Entities that are publicly traded companies are also ineligible for the tax breaks.

The final legislative action was taken on the same day new federal figures showed California’s virus case rate is now the lowest of any state in the nation.

The measure is part of the state’s effort to recover now that the pandemic is easing in California, state restrictions are lifting and businesses are moving back toward full operations, Senate President Pro Tem Toni Atkins (D-San Diego) said.

“California’s businesses helped get us through the COVID-19 crisis, and now that we are emerging out the other side, we must ensure that they have the financial tools they need to rebound stronger than ever,” Atkins said.