Liberace’s former townhouse above the Sunset Strip is listed for $3.4 million

Liberace’s former townhouse above the Sunset Strip is listed for $3.4 million 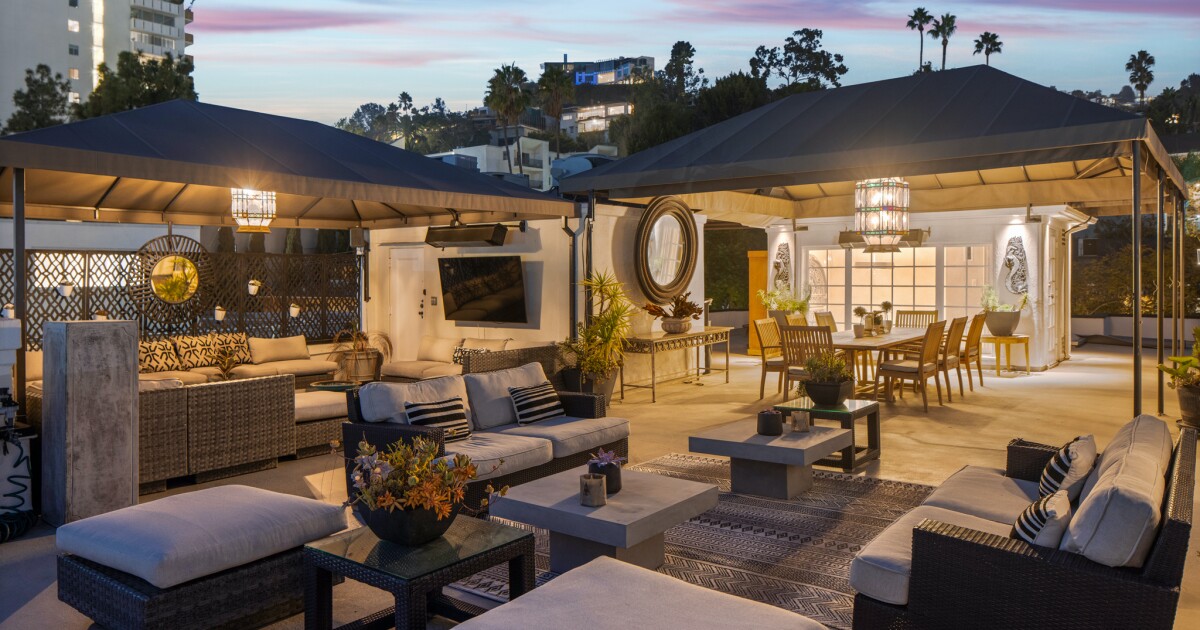 The late famed pianist Liberace owned a variety of homes scattered across California during his decorated career in the entertainment industry: a mansion in Hollywood Hills, a condo in Malibu, a retreat in Palm Springs. One of his lesser-known properties, a townhouse tucked above the Sunset Strip, just surfaced for sale at $3.4 million.

Built in 1937, the chic Hollywood Regency-style spot has been rented out multiple times over the last decade, but the latest listing marks the first time it has been on the market since 2002.

Liberace lived there in the 1970s, and before that, it was owned by Barbara Sinatra, the model and fourth wife of Frank Sinatra. The nearly 2,000-square-foot unit still maintains its Old Hollywood style today with original walnut floors, stately columns and a 1930s marble fireplace.

Ivy-covered gates mark the entry, leading to a small garden that surrounds a koi pond. Inside are three bedrooms, 3.5 bathrooms, a chandelier-topped dining area and modern kitchen.

The biggest highlight sits up top, where a rooftop deck takes in views from downtown L.A. to the ocean. The scenic space includes a covered dining area, outdoor kitchen and multiple lounges.

A famous singer, actor and pianist, Liberace was nicknamed “Mr. Showmanship” during a career spanning multiple decades that saw him perform on late-night shows and residencies in Las Vegas. In addition to winning two Emmys, the entertainer, who died in 1987, received two stars on the Hollywood Walk of Fame.