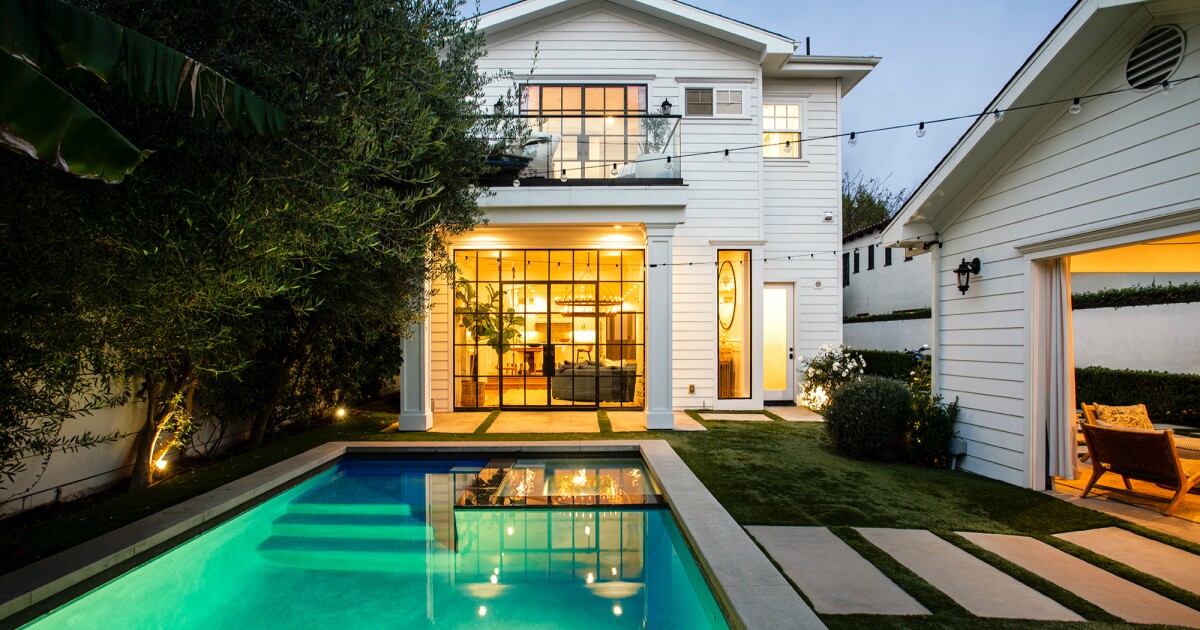 Margot Robbie’s Hancock Park home — a chic space with a boutique wine cellar and private pet room with its own arched entryway — just surfaced for sale at $3.475 million.

It’s one of three homes the Australian actress has owned in Southern California. She made a move toward the coast in 2019, dropping $5 million on a Venice compound with three separate structures.

This place is a bit smaller. It sits on a 6,500-square-foot lot but makes the most of its space with a 3,300-square-foot home built in 2016 and 600 additional square feet split between a balcony and poolside cabana.

Four bedrooms and 5.5 bathrooms are spread across two stories, including a primary suite with a reading nook. Out back, there’s a patio with a tile bar and cabana with a freestanding fireplace. A bright yellow diving board complements the swimming pool and spa.

Robbie found fame for her role in Martin Scorsese’s “The Wolf of Wall Street,” and her credits since include “Whiskey Tango Foxtrot,” “Mary Queen of Scots” and “Birds of Prey.” The 30-year-old has received two Oscar nominations: one for “I, Tonya” and one for “Bombshell.”

Tags: Los Angeles News
Previous Story
L.A. County Fair is moving from scorching September to cooler May
Next Story
Kim Kardashian says she’s ‘not responsible’ for labor disputes in lawsuit against her