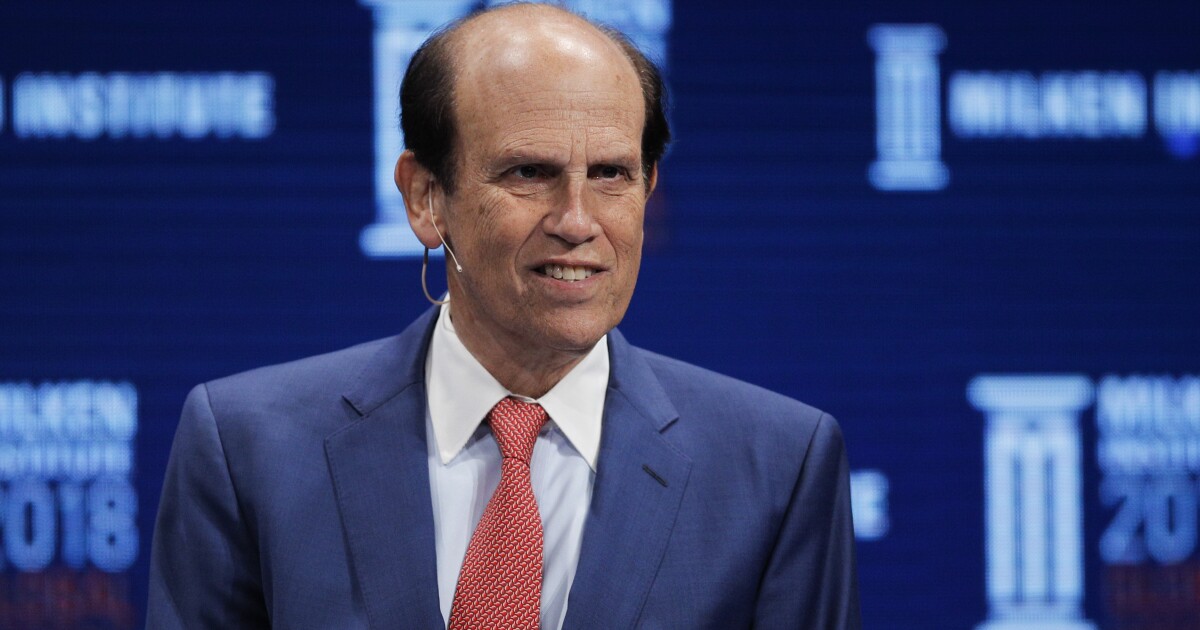 The Milken Institute Global Conference, which went virtual last year amid the pandemic, will hold its 2021 gathering in person at the Beverly Hilton hotel in October — but will also livestream the event that normally draws several thousand attendees.

In announcing its plans for a hybrid conference, the Milken Institute founded by financier Michael Milken becomes one of the first sponsors of a large convention in Southern California to announce an in-person gathering, even if it may be limited in size.

California is seeking to end most pandemic restrictions on June 15, but that is dependent on the state having a sufficient vaccine supply to inoculate any resident 16 or older, and having stable and low hospitalization rates. A Milken Institute spokesperson said the organization was in “the process of working out on-site details with health experts and government guidelines in mind.”

The Milken conference, scheduled for Oct. 17-20, draws leaders in government, finance, health, academia, and philanthropy. Its themes aim to be topical, with past conferences focusing on inequality and Black Lives Matter, even as the core of the conference remains financial with many attending for the chance to mingle and scout out deals.

At last year’s online-only event, several sessions addressed the consequences of COVID-19, including how to distribute and finance a vaccine. This year, the conference will examine “the disruptions and innovations brought on by the global pandemic, social crises, and economic hardship.” Sessions will focus on how to have a “thriving future through in-person gatherings and livestreaming.”

Assuming California reopens June 15, the state will still require what the California Department of Public Health calls “common-sense health measures such as masking,” while “testing or vaccination verification requirements will remain in relevant settings.” The state is also capping conventions at 5,000 attendees until Oct. 1.

However, the willingness of people to congregate in close quarters remains to be seen, even if they are fully vaccinated. Fully vaccinated people still have a small chance of becoming infected, since none of the approved vaccinations are 100% effective at stopping transmission.

Other conferences that postponed or shifted online are also beginning to reschedule in-person events.

Comic-Con, the celebration of comics and pop culture that draws more than 100,000 people to the San Diego Convention Center, will still be held online in July. But organizers also announced this week, after some confusion, that a “supplemental event” called Comic-Con Special Edition will be held in person assuming “conditions will permit in-person public gatherings of this kind.”