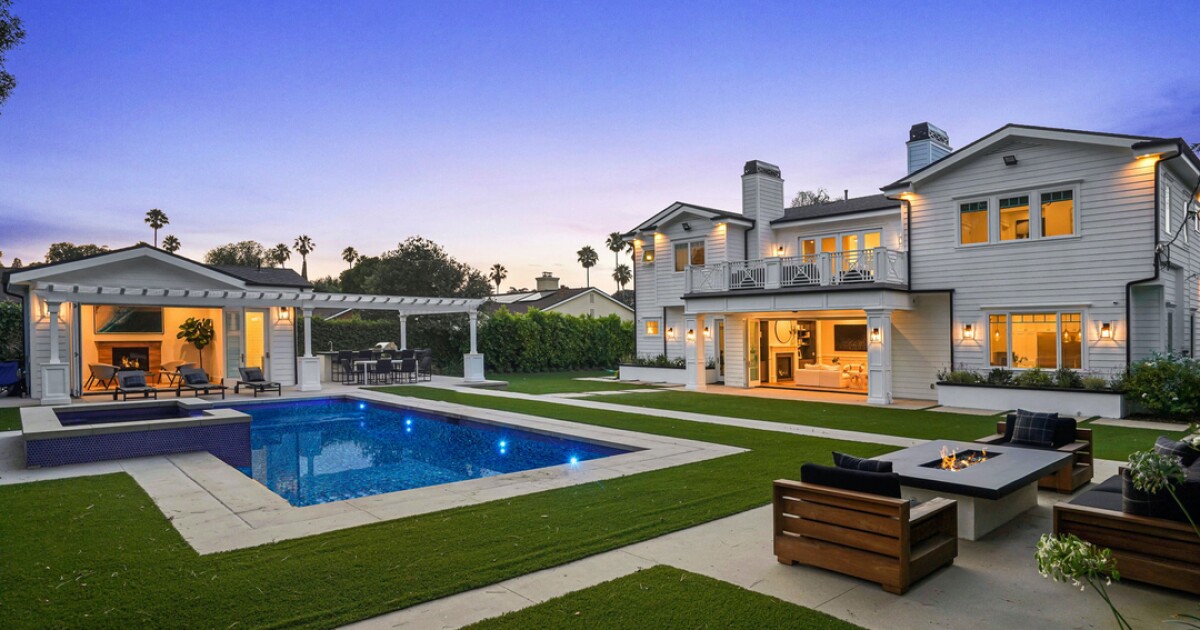 After being passed from NBA player to NBA player, this Woodland Hills home just traded hands for the third time in three years — this time for $3.7 million.

The seller was NBA big man Thomas Bryant, who bought it from his former teammate Jordan Clarkson for $3.25 million last summer. The pair played for the Lakers together during the 2017-18 season.

It’s a hefty profit for Bryant, who didn’t make many changes during his yearlong stay except painting the primary suite white. Built in 2018, the Cape Cod-style spot spans 5,800 square feet and sits on nearly half an acre.

Inside, custom living spaces such as a double-island kitchen and indoor-outdoor family room mix with amenities including a movie theater and billiards room. Walls of glass and a second-story deck take in the turf backyard, where a lounge and gazebo surround a swimming pool and spa.

For whatever reason, Woodland Hills has become a regular landing spot for NBA players. Recent residents of the San Fernando Valley neighborhood include Caron Butler, Kenyon Martin and Chris Paul, who sold his Mediterranean-style estate with a basketball court for $1.95 million in 2018.

A native of New York, Bryant was named to the All-NBA G League First Team as a member of the South Bay Lakers in 2018. The 24-year-old center currently plays for the Washington Wizards and averaged 14.3 points last season.