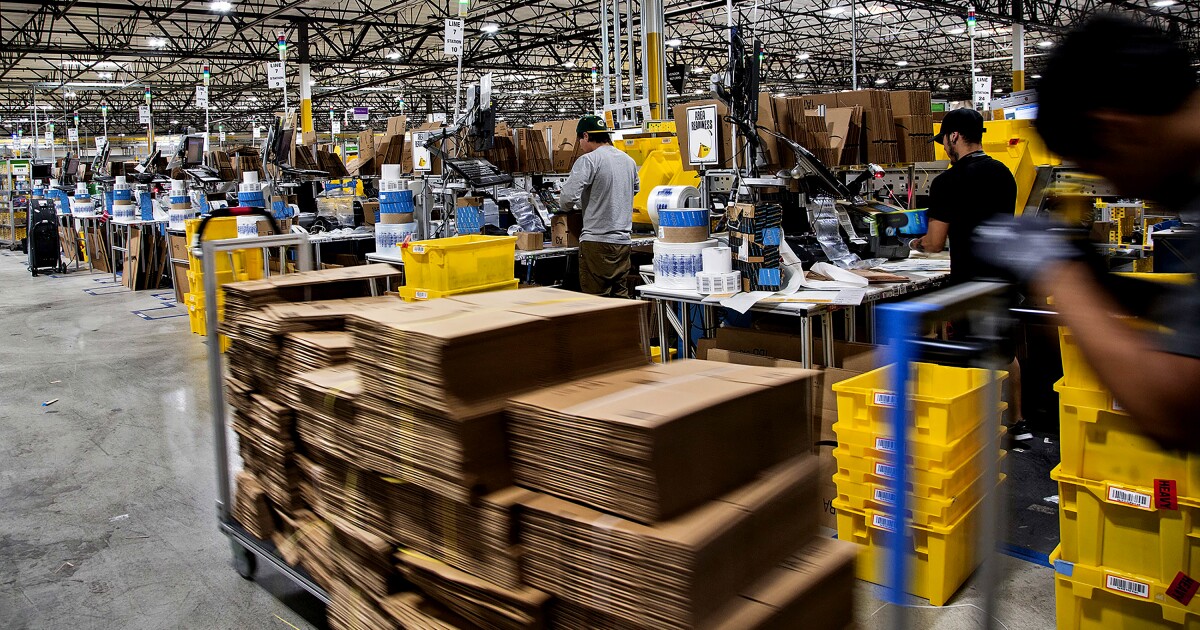 Amazon and other warehouse operators across California will face new regulation of their labor practices under a law signed by Gov. Gavin Newsom Wednesday evening.

“We cannot allow corporations to put profit over people. The hardworking warehouse employees who have helped sustain us during these unprecedented times should not have to risk injury or face punishment as a result of exploitative quotas that violate basic health and safety,” Newsom said in a statement.

The measure requires warehouses to disclose quotas and work-speed metrics to employees and government agencies and prohibits penalties for stopping work to use the bathroom and other activities that affect health and safety. It also prohibits retaliation against workers who complain.

Current or former workers alleging illegal labor practices will have the ability to pursue injunctive relief, meaning that instead of simply suing a company to secure penalties or damages, workers who lost their jobs could file suit to try to reverse their termination.

“We’re not going to allow a corporation that puts profits over workers’ bodies to set labor standards back decades just for ‘same-day delivery’,” assemblywoman Lorena Gonzalez (D-San Diego), the bill’s author, said in a statement. “As workers are increasingly surveilled on the job and supervised by algorithms, AB 701 is just the beginning of our work to regulate dangerous quotas and keep employers that have operated above the law in check.”

Under AB 701, if a particular worksite or employer is found to have an annual employee injury rate of at least 1.5 times higher than the broader warehousing industry’s average rate, California’s agency overseeing workplace health and safety is required to report that entity to the state’s labor commissioner — who will then determine whether to investigate the facility.

Amazon’s injury rate has been shown to be nearly twice that of the warehouse industry generally, according to studies cited by the Senate Judiciary Committee in its analysis of the legislation.

The proposal faced heavy opposition from retailers and other industries, which warned that if implemented, AB 701 would increase manufacturing, storage and distribution costs, which would be passed on to consumers.

Rachel Michelin, president of the California Retailers Assn., said in a statement Wednesday that the legislation will stick higher prices on clothes, diapers and other supplies, and hamper the movement of coronavirus tests from warehouses to hospitals, pharmacies and doctors’ offices heading into the winter months.

“With California’s ports facing record backlogs of ships waiting off the coast and inflation spiking to the fastest pace in 13 years, AB 701 will make matters worse for everyone,” Michelin said in the statement.

Amazon did not immediately respond to a request for comment.