Obamacare open enrollment begins. Find out if you qualify for higher subsidies

Obamacare open enrollment begins. Find out if you qualify for higher subsidies 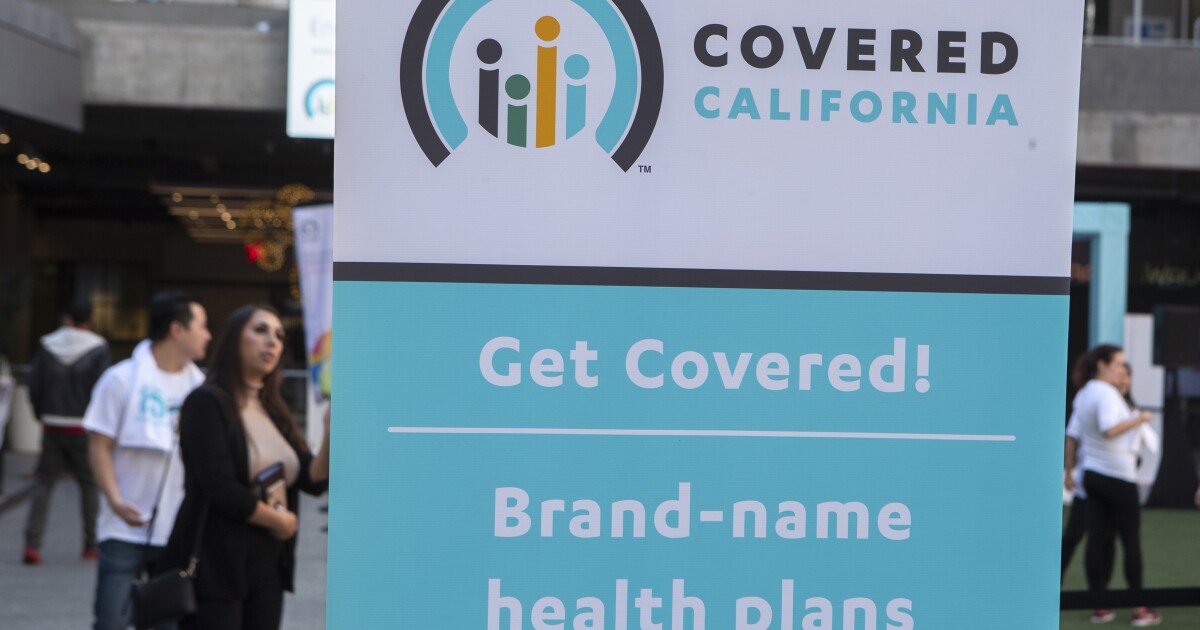 With 2021 winding down, it’s time for millions of Americans to sign up for health insurance for 2022. And for Californians who can’t get coverage through Medicare, Medi-Cal or an employer’s health plan, the good news is that expanded federal subsidies will make next year’s policies more affordable for more people than they were a year ago.

Monday marks the first day of open enrollment at Covered California, the insurance marketplace that the 2010 Affordable Care Act created for people who aren’t covered by a group health plan. You can sign up online, over the phone or through one of the dozens of offices in Southern California staffed by insurance “navigators.” If you’d like to work with a navigator, call that office before visiting — the pandemic has led many of them to limit in-person contact.

Remember, under California law, adults are required to maintain health insurance coverage, with limited exceptions. That’s true regardless of whether you have access to a health plan at work. Failing to obtain coverage can result in a tax penalty of hundreds to thousands of dollars.

The process of shopping for policies may seem daunting if you haven’t done it before, especially when you don’t have an employer narrowing your choices and paying part of the cost. Here are some pointers for enrolling through Covered California.

What am I buying?

The ACA sought to rid the market of junk insurance plans that didn’t cover some expensive types of care, leaving customers who needed those treatments crushed by medical bills. So it required every plan sold in state marketplaces such as Covered California to be comprehensive, meaning that it covers all 10 types of care that the federal government deems essential.

But while the policies cover the same services, they aren’t all the same. One difference is how much of the total annual medical costs they will pay. That’s not your total costs, necessarily; it’s based on the average across the broader population. The higher the percentage paid by the policy, the higher the premiums will be.

The offerings are divided into four tiers: Bronze, which covers 60% of the average total; Silver, which covers 70%; Gold, which covers 80%; and Platinum, which covers 90%. And within those tiers, there are two Bronze plans — one conventional, the other a “high deductible” plan designed to be paired with a health savings account — and four Silver plans, whose deductibles and copays are based on your income level.

To make comparing the plans easier, Covered California has standardized the policies so that within each tier (and sub-tier in Silver and Bronze), the plans all offer the same benefits, copays and deductibles. As a result, shoppers can focus on fewer things to guide their decision: how much they expect to spend on healthcare next year, which doctors they’d like to use, and what prescription drugs they need.

How much will it cost me?

Before choosing among the tiers of plans, you should figure out whether you’re eligible for subsidized premiums and out-of-pocket costs.

For starters, if you have access to a comprehensive health plan from an employer that costs less than 8.25% of your annual income, you can’t get subsidies from Covered California. Nor can you get subsidies if you are living in the country illegally, although you may still be eligible for Medi-Cal if you meet the income limits and you’re 25 or younger, 50 or older, or currently or recently pregnant.

Everyone else is technically eligible, although the amount of subsidy is tied to your income. Those subsidies increased significantly midway through 2021, after Congress passed and President Biden signed the American Rescue Plan. The increase remains in effect for 2022, and Biden’s $1.75-trillion Build Back Better package would keep the higher subsidies in place for three years after that. (The “cost-sharing” subsidies that reduce out-of-pocket costs remain unchanged, however; they are available only to households earning up to two-and-a-half times the poverty level.)

With the expanded aid, anyone earning up to 150% of the federal poverty level — in other words, up to $19,320 for a single individual — can get coverage for $1 a month. And the state will pay that cost starting Jan. 1; the added subsidy will enable an estimated 700,000 people to get Silver- or Bronze-level coverage with no monthly premiums. For households with more means, premiums are set at gradually rising percentages of their incomes — for example, 2% for someone with an income twice the poverty level, 6% for someone at three times the poverty level, and 8.5% for anyone at or above four times the poverty level.

A study by UC Berkeley’s Labor Center projected that the added subsidies will enable 135,000 Californians to obtain insurance in 2022, and would cut the costs faced by an additional 1.5 million enrollees — about 150,000 of whom had not qualified for subsidies before because their incomes were above the previous cutoff.

Bear in mind that the actual subsidy amount you’ll receive is based on the cost of the second-least-expensive plan in the Silver tier that matches your income level. So if you sign up for a different plan, your premiums could be a higher or lower percentage of your income, depending on whether the plan you chose has lower deductibles or higher out-of-pocket costs than the benchmark.

Which plan is right for me?

Picking a plan is a bit of a dice roll; whether you wind up saving money or spending more depends to a large extent on how much care you’ll need in 2022. If you know you’re going to need a lot of expensive care, a Gold or Platinum plan could be a better choice than a Bronze or Silver one. If you’re healthy and have few medical needs, a plan with low premiums and high out-of-pocket costs makes more sense.

One other possibility is to go with the least expensive Bronze plan, which has a whopping $7,000 deductible for individuals and $14,000 for families, and set up a health savings account to pay for the lab tests, outpatient services or hospital care you may need before the insurance kicks in. (The plan does pay for preventive care and three visits with a primary care physician.)

“The conventional wisdom is that HSA-qualified plans are only good for young, healthy people without kids,” said Louise Norris, a licensed health insurance broker and analyst for healthinsurance.org. But if you know that you’re going to have high enough medical expenses to hit the out-of-pocket maximum, she said, “the total costs may be lower” on a high-deductible plan with a health savings account.

Still, she said, these plans require you to be able and willing to let savings build up in the health savings account. So you have to be honest with yourself about that. If you’re going to be pulling money out of the account constantly, she said, “it might always be a stressful situation.”

Once you’ve figured out which plan best manages your expected out-of-pocket costs, there are two factors you should focus on, Norris said.

The first is this: Which doctors are in a plan’s network? Every plan has its own roster of physicians, some larger than others, although there may be some overlap between them. And some HMO plans require you to see your assigned primary care doctor in order to get an appointment with a specialist. Regardless, seeing a doctor outside the plan’s network will usually cost you more, so if you want to keep the doctors you’re seeing now, make sure they’re in network for the plan you choose.

The second question, Norris said, is: What’s in the plan’s drug formulary? Each insurer assembles its own list of prescription drugs that are fully covered, partially covered and not covered. “If you are taking a particular drug,” Norris said, “you do want to see how it’s covered on the different plans.”

What if I already have coverage?

Covered California automatically renews the policies of current enrollees unless they choose a new one. But many people who renew may see notably higher premiums, even though average premiums will rise only 1.8% in 2022.

Two factors are at work here. Californians who received unemployment benefits qualified for additional premium subsidies in 2021 that will not be available next year. And Covered California provided a year’s worth of extra American Rescue Plan dollars in only eight months; once the money is spread over the full year, the discount won’t be as large.

Even if you’re happy with your current coverage, make sure to alert Covered California to any changes in your income, because that could affect how much aid you’re eligible to receive.

When do I have to decide?

Open enrollment will continue through Jan. 31, 2022. But if you want your new plan to go into effect right at the start of the year, you have to sign up by Dec. 15.