Opponents press challenge to Prop. 22 with lawsuit in lower court

Opponents press challenge to Prop. 22 with lawsuit in lower court 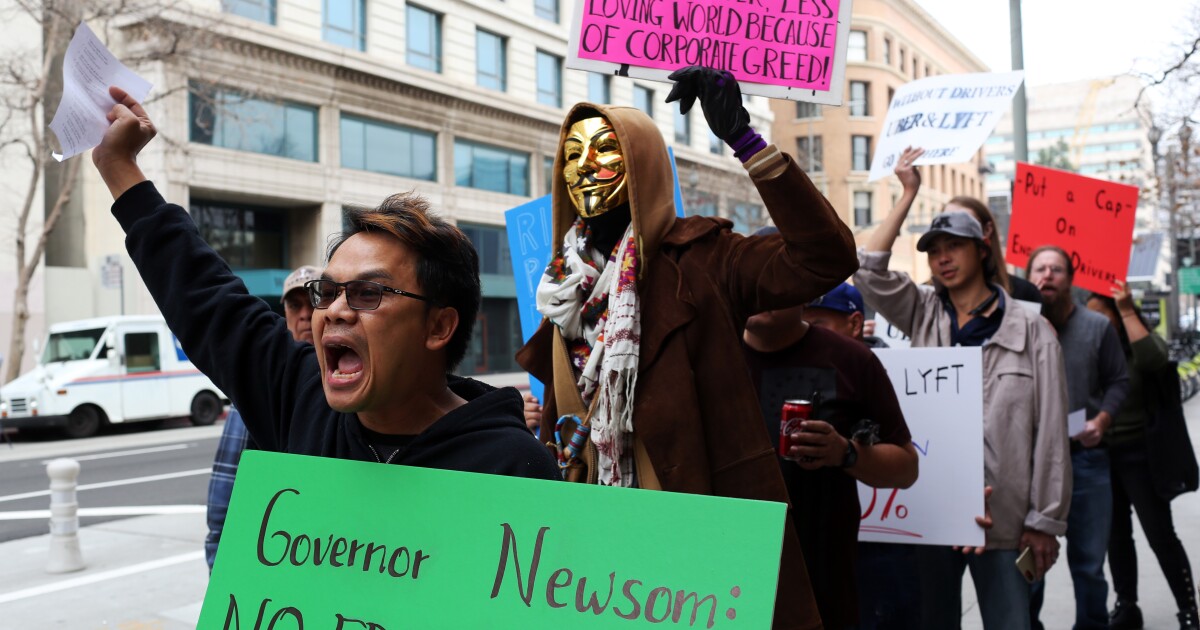 A small group of app-based drivers and a major labor union are pushing forward their legal challenge to Proposition 22 — the California voter-approved law allowing gig companies to keep treating their workers as independent contractors — after the state Supreme Court threw out the lawsuit.

The lawsuit is substantively the same as the suit the Supreme Court declined to hear, according to the plaintiffs, which include the Service Employees International Union. It argues Proposition 22 violates the California Constitution by removing the state Legislature’s ability to grant workers the right to organize and give access to the state workers’ compensation program.

Proposition 22 was an expensive ballot measure approved in the November election. It was funded by Uber, Lyft, DoorDash and other gig-economy companies. It aimed to secure a carve-out from a state labor law that mandated the companies classify their large numbers of workers as employees instead of independent contractors.

Saori Okawa, a driver in Alameda County, said in a statement she and the other app-based drivers planned to continue to pursue the lawsuit against Proposition 22 because “in a democracy, corporations shouldn’t get the final say in determining our laws.” Okawa has worked for about three years for companies including Uber, Lyft, DoorDash and Instacart.

Bob Schoonover, president of SEIU Local 721 and the SEIU California State Council, said in a statement the legal challenge in California was important to set a national precedent for what big companies could and couldn’t do related to worker rights.