Orange County moves into yellow tier, the most lenient for COVID-19 reopenings

Orange County moves into yellow tier, the most lenient for COVID-19 reopenings 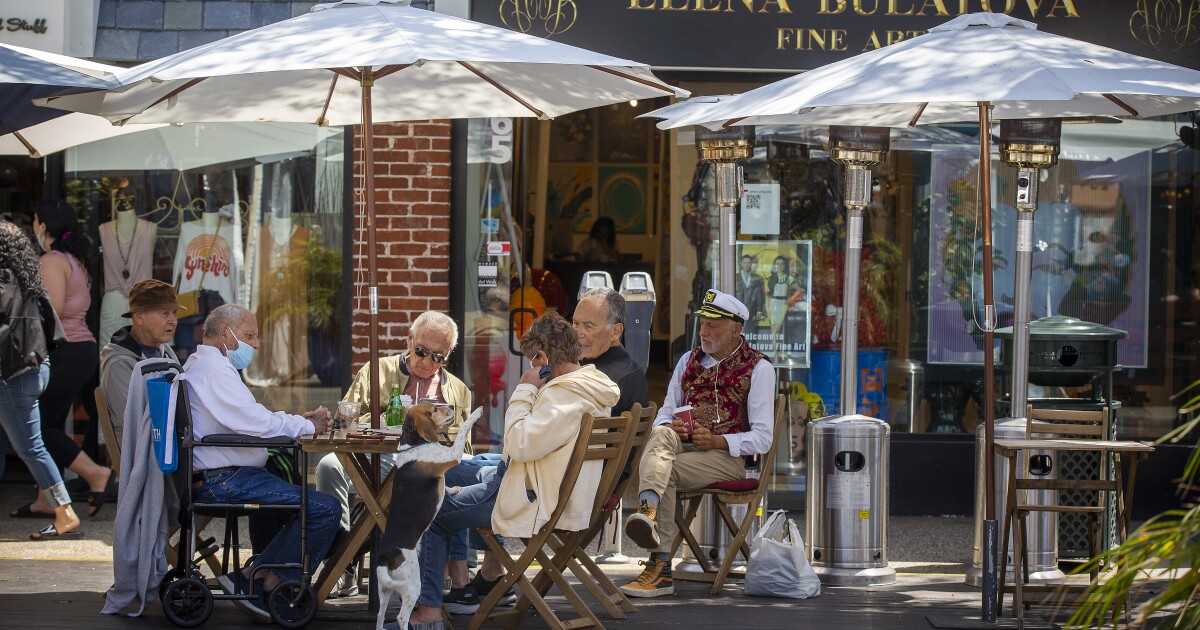 The region has now been cleared to officially move into the yellow tier — the most lenient of the state’s color-coded COVID-19 reopening blueprint.

The progression, which clears the way for a swath of businesses to expand operations to levels not seen in more than a year, reflects the hard-won headway that California’s third most-populous county has made in its battle against the coronavirus.

Those gains echo what’s been seen statewide over the last four months, during which time California has transformed from pandemic epicenter to seeming success story.

In addition to Orange County, Santa Clara, Santa Cruz and Amador counties also advanced to the yellow tier — continuing a slew of reopenings that have sparked optimism that the worst of COVID-19 may now be in the rearview mirror and that the state might soon be able to fully reopen.

“Today is a huge milestone on our county’s path out of this pandemic,” Dr. Sara Cody, Santa Clara County’s health officer and public health director, said in a statement. “Because so many members of our community are now fully vaccinated, COVID-19 case rates are at some of the lowest levels we’ve seen since the start of the pandemic. We are now confident that vaccination not only prevents people from getting sick, it also prevents people from spreading COVID-19.”

In early March, 40 of California’s 58 counties were in the purple tier, subjecting them to the most stringent restrictions outlined in the state’s reopening plan. None were in the yellow tier.

Now, no counties are in the strictest category. On the other hand, 13 — including Los Angeles and San Francisco — are in yellow. More than 17.5 million Californians, about 44% of the state’s population, live within those counties.

Over the last week, the state has reported an average of 1,359 new coronavirus cases per day, down nearly 24% from two weeks ago, according to data compiled by The Times. During the height of the fall-and-winter surge, daily case counts were regularly measured in the tens of thousands.

“California has made amazing progress in our fight against COVID-19,” Dr. Mark Ghaly, the state’s Health and Human Services secretary, said during a briefing Monday. “Thinking back to the January timeframe where the number of cases and the impact on hospitals was so extreme, we have seen steady declines since then.”

Under California’s reopening blueprint, counties are sorted into one of four color-coded tiers based on three metrics: their rates of new coronavirus cases, adjusted based on the number of tests performed; the rate at which conducted tests come back positive; and a health-equity metric applied to ensure that the positive test rate in poorer communities is not significantly higher than the county’s overall figure.

Reaching the yellow tier requires an adjusted daily rate of fewer than 2 new cases per 100,000 people, overall test positivity of less than 2% and a health-equity positivity of below 2.2%.

Counties must log two consecutive weeks of qualifying data to advance to a less-restrictive tier and have to remain in a tier for three weeks before moving again.

Orange County met all the yellow tier thresholds for the first time last week, when its case rate dropped to 1.8 per day per 100,000. That metric dipped further this week, to 1.5, according to state data released Tuesday.

Plumas and Yolo counties could potentially advance to the yellow tier next week, provided their metrics hold steady.

In Southern California, both Santa Barbara and Ventura counties are within striking distance of the yellow tier — with their latest case rates calculated at 2.1 and 2.4, respectively.

One of the bigger changes involves bars, which in the orange tier were only allowed to serve patrons outdoors, unless they served food. In the yellow tier, bars that don’t serve food can reopen indoors, with a maximum capacity of 25% or 100 people, whichever is fewer, with the limit increasing to 37.5% if all guests show proof of full vaccination or a negative test.

In the yellow tier, gyms and fitness centers can expand indoor capacity to 50%, up from 25%; and saunas and steam rooms can reopen at up to 50% capacity while following physical distancing guidelines.

Of particular note in Orange County, reaching the yellow category means amusement parks and fairs can expand attendance to 35% of capacity, up from 25% in the orange tier. Visitors must either be California residents or fully vaccinated.

Indoor seated live events and performances in large-capacity venues — with seating for more than 1,500 guests — can reach 10% of capacity or 2,000 guests, whichever is less. But if everyone has a negative test or proof of full vaccination, the limit can increase to 50%, up from 35% in the orange tier.

Outdoor seated live events, such as baseball games, can expand to 67% of capacity in the yellow tier, up from 33% in the orange tier. Attendees must live in California or be fully vaccinated.

The expiration date for California’s tier system is fast approaching. Officials have set a goal of scrapping the framework and fully reopening the state’s economy on June 15.

That same day, the state plans to align with recently released guidance from the Centers for Disease Control and Prevention and allow Californians who are fully vaccinated against COVID-19 to go without face masks in most indoor settings.

California now has among the lowest coronavirus case and positivity rates of any state in the nation.

“We’re firmly committed to our collective goal [of] getting to June 15 and doing so safely and doing so thoughtfully so that we never have to look back,” Gov. Gavin Newsom said during a Visit California virtual event Tuesday morning.

To date, more than 35 million vaccines have been administered statewide, and 53.4% of Californians have received at least one dose, according to CDC data. However, people aren’t considered fully vaccinated until two weeks after receiving either the single-shot Johnson & Johnson vaccine or their second dose of the Pfizer-BioNTech or Moderna vaccines.

But those shots haven’t been distributed equally during the rollout. In L.A. County, officials said Tuesday that ensuring vaccinations are far more accessible to Black and Latino residents is vital if the region ever wants to see herd immunity and an end to the COVID-19 pandemic.

Public Health Director Barbara Ferrer told the Board of Supervisors that there is a “very disturbing” trend in the disparities of who is getting vaccinated in the county.

Only 37% of Black residents and 41% of Latino residents ages 12 and older have received one dose of the vaccine, compared to 57% of American Indian and Alaska Native residents, 60% of white residents and 67% of Asian residents.

“We need to close these gaps as quickly as possible,” Ferrer said.