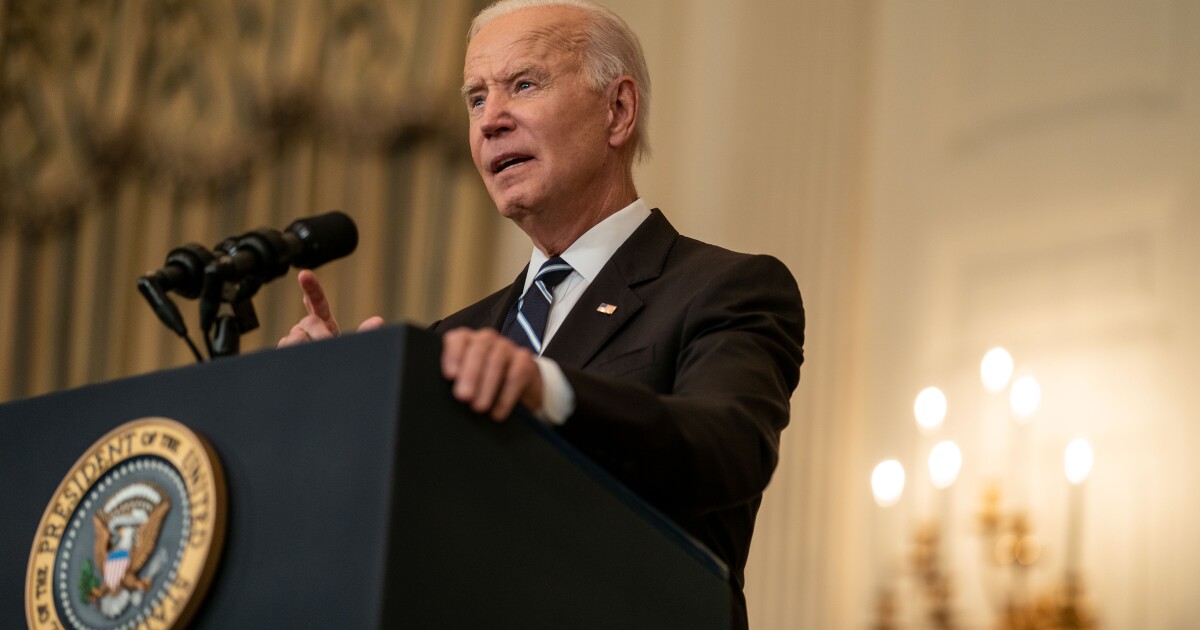 The series of initiatives are intended to stanch a wave of unnecessary deaths and safeguard an economic recovery jeopardized by the Delta variant, a more contagious strain of the coronavirus that’s ripped through unvaccinated communities.

His announcement is also a political calculation that Americans will be willing to accept more intrusive government intervention to bring the pandemic under control now that the country is once again averaging more than 1,000 deaths per day.

Tens of millions of Americans are expected to be affected by Biden’s announcement. Employees at companies with at least 100 workers will be required to get vaccinated or submit to weekly testing, and they’ll have access to paid time off to get their shots or recover from any side effects. Firms that don’t comply could face $14,000 fines from the Department of Labor.

Healthcare workers at facilities receiving Medicaid or Medicare funding and teachers who work at Head Start or Early Head Start programs will need to get their shots as well.

Biden is also tightening rules for federal employees and contractors. Although they were previously allowed to choose weekly testing instead of vaccination, that will no longer be an option. Anyone who isn’t fully vaccinated within three months could face disciplinary action, with limited exceptions.

“If you want to do business with the federal government, vaccinate your workforce,” Biden said.

Roughly 80 million Americans who are eligible for the vaccines have yet to get their shots. The array of mandates Biden unveiled suggests administration officials have concluded that opportunities for persuasion have dwindled, and government pressure is required to increase vaccination rates.

“This is not about freedom or personal choice,” Biden said. “This is about protecting yourself and those around you.”

Biden’s efforts will probably face legal challenges, and the largest federal workers union said it expects requirements for its members will be subject to collective bargaining.

Republicans swiftly condemned the announcement, signaling there will be no end to the partisanship that has compounded the pandemic’s damage since its beginning.

“Biden is forcing an unconstitutional, un-American federal decree on businesses and families,” Republican National Committee Chairwoman Ronna McDaniel said in a statement. “His agenda is all about power, all about control, and meant to divide us.”

In his speech, Biden spoke about protecting all Americans from the coronavirus, but he also cast himself as an emissary for vaccinated Americans.

He assured people who received their shots that breakthrough infections remain rare, and he said administration officials were working to make vaccines available for children as soon as possible. Booster shots are also on their way.

More than ever, Biden voiced frustration with people who have refused to get vaccinated.

“What more is there to wait for?” he said. “What more do you need to see? We’ve made vaccinations free, safe and convenient.”

Biden added, “We’ve been patient. But our patience is wearing thin. And your refusal has cost all of us.”

He also targeted politicians who have opposed coronavirus restrictions, particularly Florida Gov. Ron DeSantis, who has threatened to cut the pay of school leaders who mandate masks.

“Right now, local school officials are trying to keep children safe in a pandemic while their governor picks a fight with them and even threatens their salaries or their jobs,” Biden said. “Talk about bullying in schools.”

Biden said his administration would backfill any lost funding with federal dollars.

His announcement included a renewed focus on expanding coronavirus testing. Walmart, Amazon and Kroger will start selling over-the-counter tests at cost for the next three months, cutting prices by about a third.

Administration officials are also using the Defense Production Act, a wartime power that helps speed manufacturing of critical supplies, to buy 280 million tests for nearly $2 billion. The tests will be distributed to nursing facilities, homeless shelters, prisons and other places where people are vulnerable to coronavirus outbreaks.

There’s some evidence that the administration’s vaccine efforts have gained traction. Roughly 14 million Americans received their first dose of the vaccine in August, up from 10 million in July. More than 177 million people are fully vaccinated, according the U.S. Centers for Disease Control and Prevention. But 80 million eligible Americans haven’t received their first shot months after they became widely available.

The struggle has dented Biden’s poll numbers. Public approval of his handling of the pandemic dropped to 53% in August from 69% in April, according to an NBC News poll released last month.

Although the economy has steadily climbed out of a pandemic-induced recession, the recovery stumbled last month, when only 235,000 jobs were added. Many forecasters had predicted three times that number.

Biden suggested that more tough times are ahead.

“While America is in much better shape than it was seven months ago when I took office, I need to tell you a second fact,” he said. “We’re in a tough stretch and it could last for a while.”

Tags: Los Angeles News
Previous Story
Column: As Hulu’s price rises, how much is too much for a streaming service?
Next Story
Stocks end lower; Nasdaq and S&P 500 are on pace for a weekly decline