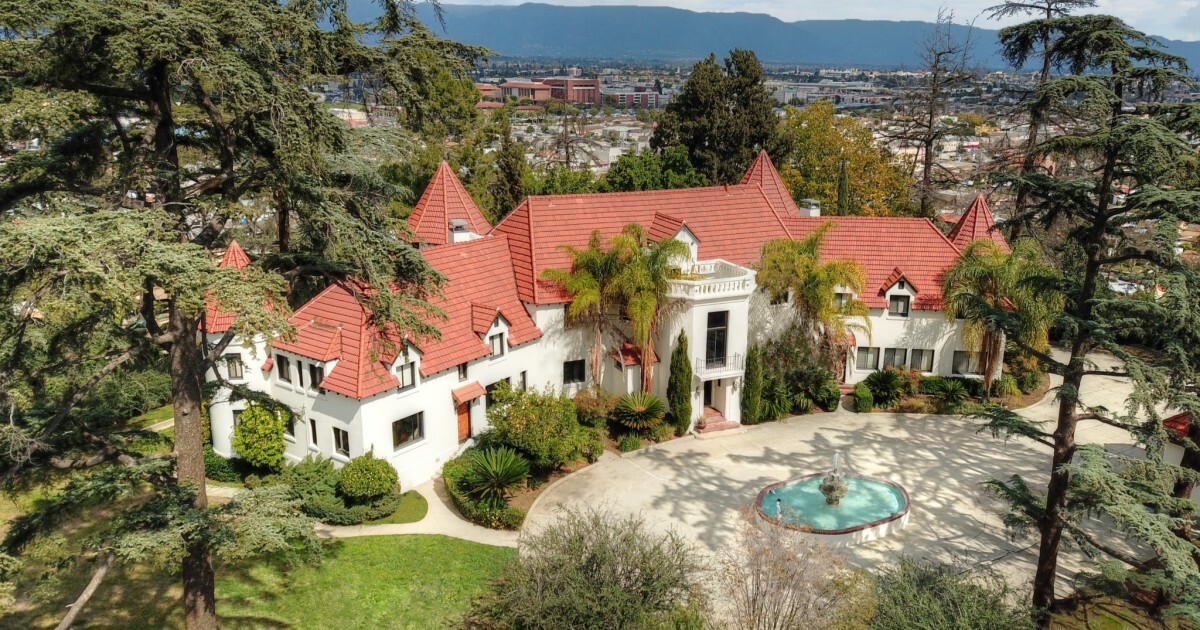 Spector, the erratic and disgraced producer behind the “Wall of Sound” recording technique who died in January, paid $1.1 million for the French Chateau-style mansion in 1998, telling Esquire magazine at the time that he had bought “a beautiful and enchanting castle in a hick town where there is no place to go that you shouldn’t go.” One neighbor likened him to a feudal lord among serfs.

The fateful day came five years later when Spector was arrested after 40-year-old Clarkson was found shot to death in the mansion’s marble foyer. In court, Spector’s chauffeur claimed he emerged from the back door of the home moments after the shooting with bloody hands and said, “I think I killed somebody.”

Spector, who had a history of drunken spats and domestic abuse allegations, was convicted of second-degree murder in 2009 and was sentenced to 19 years to life. He died at 81 in January after contracting COVID-19. The home is currently owned by his former wife, Rachelle Short.

Known as the Pyrenees Castle, the mansion’s dramatic style lives up to its infamous history. Turrets and spires jut from the roof, and inside, hand-painted stencils, crystal chandeliers and mirrored walls set a scene straight out of an Agatha Christie whodunit.

The estate sits atop a private knoll with panoramic views of the San Gabriel Valley below. Walled and gated, it spans 2.66 acres and features a motor court with a fountain surrounded by gardens and trees.

Two wings — each a mirror image of each other — sprawl out from the infamous foyer, which serves as the centerpiece of the 10,590-square-foot floor plan. Across two stories, living spaces boast beamed ceilings, wood-paneled walls and original inlaid floors.

The home has 10 bedrooms and 11 bathrooms, as well as a pair of bedrooms and bathrooms perched above the four-car garage. A covered terrace takes in sweeping city views out back.

The house has waffled on and off the market since 2019. It first listed for $5.5 million and was most recently offered at $4 million.

During his music career, Spector produced award-winning work with iconic groups such as the Ronettes, the Beatles and the Ramones. His writing credits include “Be My Baby” and “Then He Kissed Me.”

Tim Durkovic of Douglas Elliman handled both ends of the deal.