Ready to travel again? You’re not the only one considering a national park road trip

Homepage News Ready to travel again? You're not the only one considering a national park road trip
News

Ready to travel again? You’re not the only one considering a national park road trip 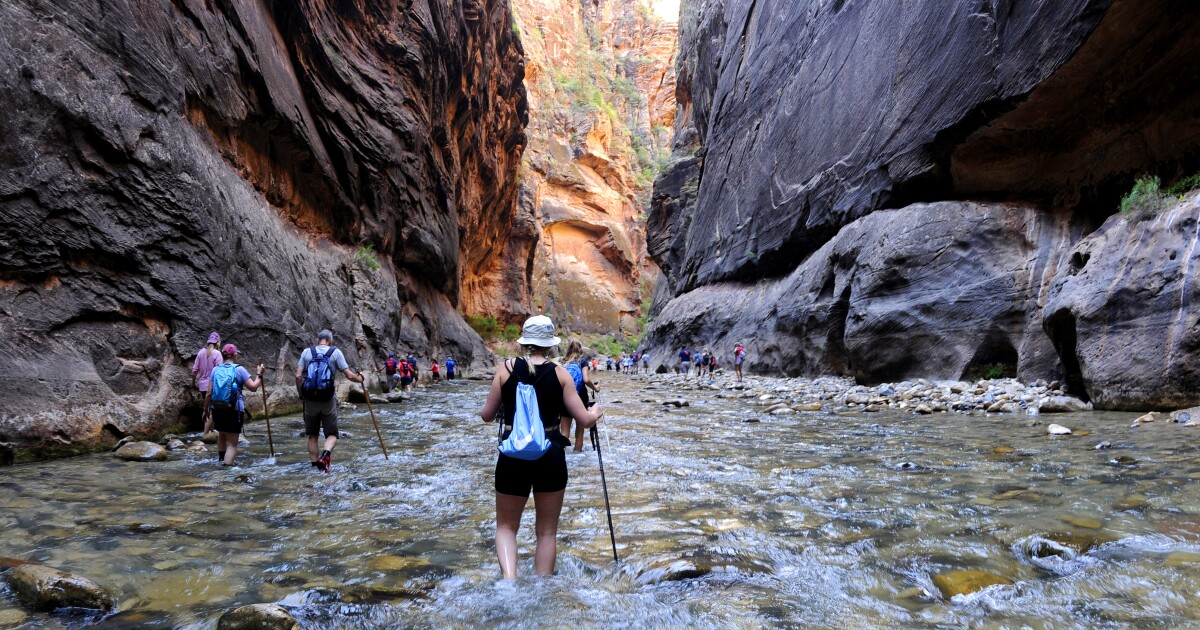 Temperatures are rising and you’re thinking about a summer road trip to somewhere with a lot of open space so you won’t be stuck in a stuffy airplane or a crowded hotel lobby, trying to hold your breath.

You are not alone.

Nearly 90% of Southern Californians will travel by car during the Memorial Day weekend — seven percentage points higher than before the pandemic, according to the Auto Club of Southern California travel forecast, released Tuesday. And three of the five most popular destinations are expected to be national parks.

Crowded urban destinations like San Francisco and Anaheim have dropped out of the top five list for the first time in recent memory primarily because travelers believe that outdoor vacations let them worry less about mask mandates and COVID protocols, Auto Club representatives said.

“People want to have a little more control of their environment, and they can be outdoor in these national parks,” said Auto Club spokesperson Jeffrey Spring.

The number of Southern Californians planning to travel for the three-day weekend holiday is expected to reach 2.89 million, up 64% compared with last year when COVID-19 death counts and pandemic fears began to climb, according to the Auto Club. Only 1.7 million Southern Californians traveled for the holiday in 2020, representing a 49% drop from 2019.

In the U.S., about 37 million Americans plan to travel for the holiday, up 60% from the Memorial Day weekend of 2020, according to the Auto Club.

Eric Leopardi, a former Angeleno who now lives in Denver, said he is planning a road trip with his girlfriend to Grand Teton National Park in Wyoming for the Memorial Day weekend because they feel more comfortable outdoors during the pandemic.

“Since the pandemic our vacations have in fact totally shifted to outdoor areas,” the media company executive said.

In Los Angeles County, where the travel and tourism industry had sparked $36.6 billion in spending annually before the pandemic, visitation numbers have been growing slowly. Based on current trends, the Los Angeles Tourism and Convention Board estimates that the county will welcome about 40 million visitors in 2021, compared with a record 50 million visitors in 2019.

Despite a COVID-19 vaccine rollout that has helped bring to California one of the lowest case rates in the nation, many tourism industry businesses are still hurting.

Danny Roman, who runs Bikes and Hikes tours in West Hollywood, estimates that he is bringing in only about 30% of the business he had before the pandemic. The biggest hit, he said, is the loss of international travelers, who previously represented about 60% of his clients but have nearly disappeared because of pandemic travel restrictions.

In the midst of the pandemic, Roman added a bicycle sales and repair shop to his tour business to make ends meet.

“If I didn’t have this bike shop, I would be panhandling on the corner,” he said.

Tags: Los Angeles News
Previous Story
Tobey Maguire gets $10.7 million for a patch of dirt in Brentwood
Next Story
Column: That ‘infrastructure’ fee on some internet bills is just a stealth rate hike