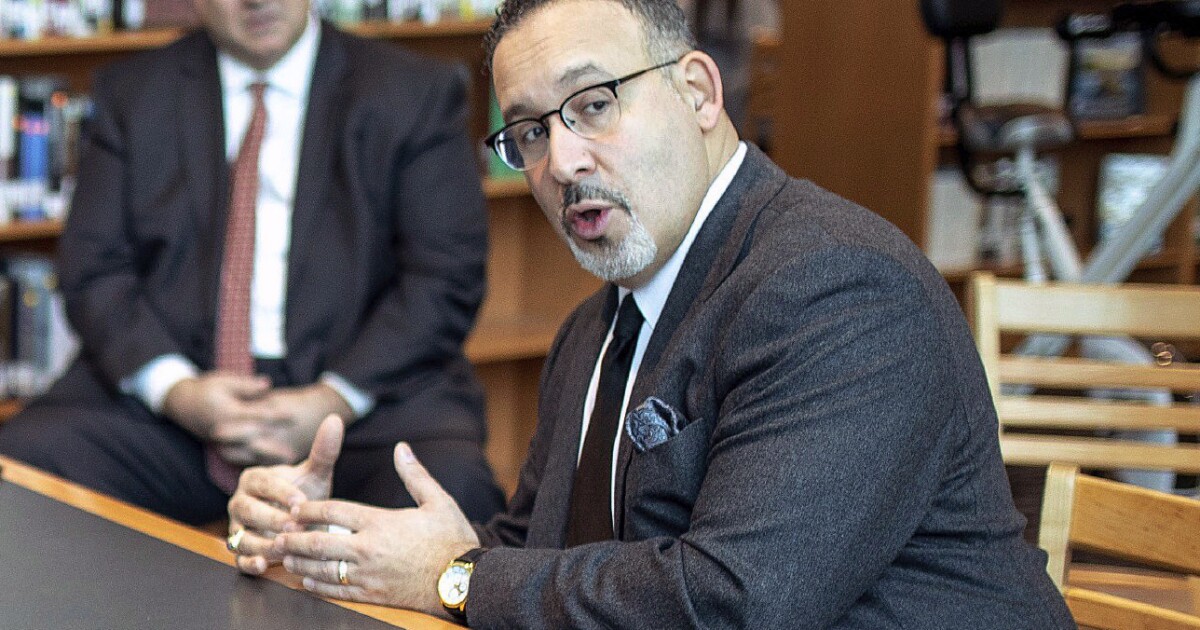 The federal government’s pause on student loan payments is being extended to more than 1 million borrowers who have defaulted on student loans that are held by private lenders, the Education Department announced Tuesday.

The action is meant to bring relief to the hardest-hit borrowers in a program that allowed private lenders to provide student loans that were backed by the federal government. The program ended in 2010 when the Education Department became the sole lender of federally subsidized student loans.

President Biden announced in January that federal student loan payments would remain suspended and rates would be interest-free through at least Sept. 30, extending an action from the administration of former President Trump. But it applied only to those with debt held directly by the federal government, leaving out millions with private student loans.

Education Secretary Miguel Cardona on Monday extended the payment pause and interest-free rate to 1.1 million borrowers who had defaulted on privately held loans. It includes more than 800,000 who were at risk of having their tax refunds seized to repay a defaulted loan.

“Our goal is to enable these borrowers who are struggling in default to get the same protections previously made available to tens of millions of other borrowers to help weather the uncertainty of the pandemic,” Cardona said in a statement.

The Education Department said it’s working to return tax refunds or wages that were seized over the last year to cover the defaulted loans. Borrowers can also request refunds for any voluntary payments they made during the last year. Any loans that went into default since March 13, 2020, will be returned to good standing.

Rep. Robert C. Scott (D-Va.), chair of the House’s education committee, called it “a necessary step to putting money in the pockets of struggling Americans and their families.”

Advocacy groups called the measure a good start but said it fails to help more than 5 million other borrowers in the same program, known as the Federal Family Education Loan Program.

“This is not enough,” said Persis Yu, director of the National Consumer Law Center’s Student Loan Borrower Assistance project. “The millions of FFEL borrowers who have not yet defaulted but who may be struggling to make their student loan payments often at the expense of other vital necessities need relief.”