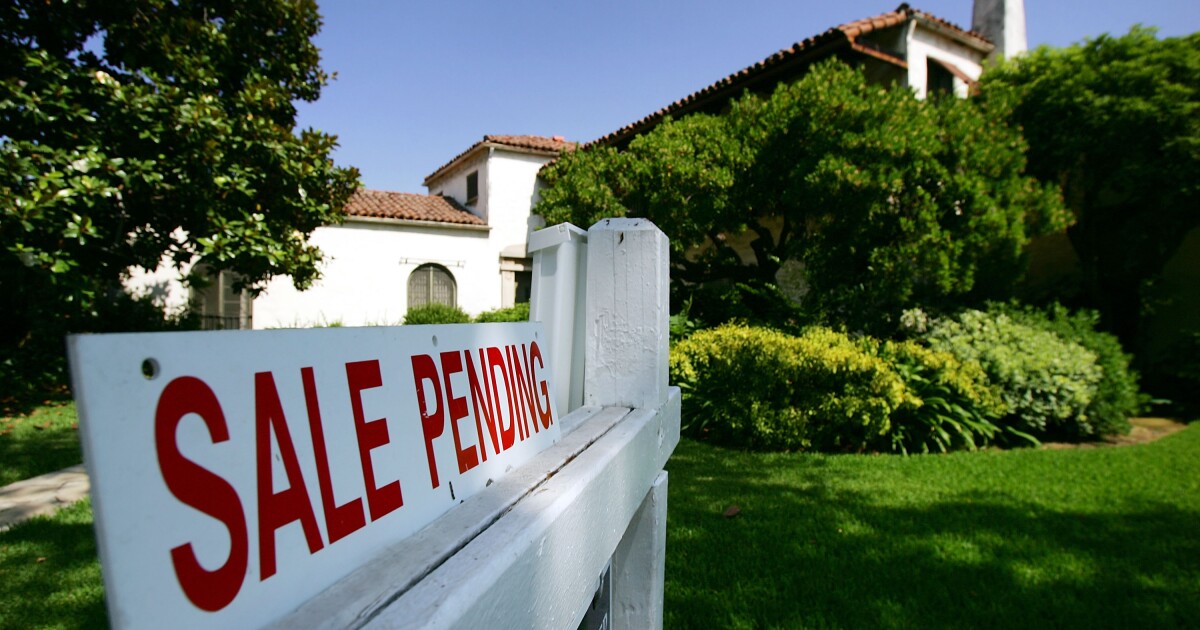 Southern California home prices set yet another record in July, although the pace of increase slowed as some home shoppers grew tired of bidding wars that have defined the pandemic market.

The six-county region’s median sales price — the point at which half the homes sold for more and half for less — reached $681,750 in July. That’s up 17.5% from a year earlier but lower than the 20%-plus gains recorded since April.

Sales rose nearly 10%, according to DQNews, the real estate firm that released the data Wednesday.

The housing market has been red hot since last year, with the pandemic unleashing several forces that boosted demand, including the desire for more space and rock-bottom interest rates.

But recently there have been signs things are becoming slightly less hot.

In July, just 17% of consumers thought it was a good time to buy a home in California, down from 31% a year earlier, according to a survey from the California Assn. of Realtors.

A recent report from Redfin also indicated a somewhat slower market. About 60% of the offers written by the brokerage’s agents had a competing offer last month, compared with 66.5% a month earlier and 74.1% in April — a high during the pandemic.

Jordan Levine, chief economist with the California Assn. of Realtors, said buyer fatigue, combined with more sellers listing their homes for sale, has created a market that is “normalizing.”

“You just have something that is getting back to an equilibrium after being so incredibly imbalanced,” Levine said. “It’s still pretty competitive out there.”

That competitiveness can be seen in July figures for individual counties.

Tags: Los Angeles News
Previous Story
California’s priciest property is a $160-million compound in Carpinteria
Next Story
Women put careers on hold during COVID to care for kids. They may never recover.