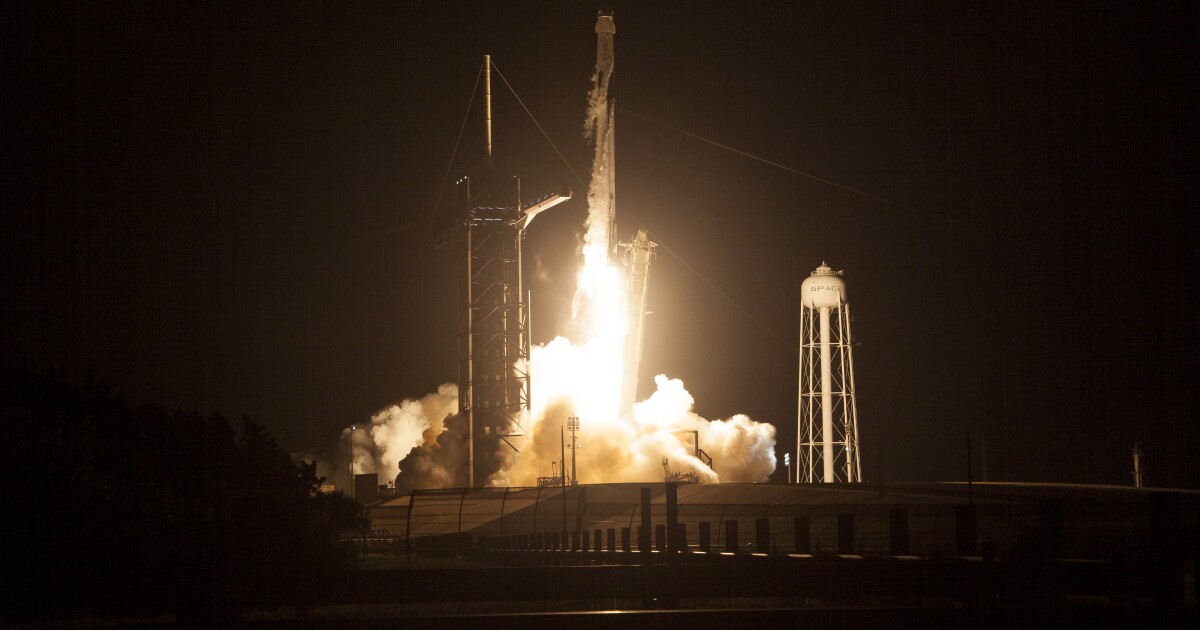 After striking a deal to lease space at the Port of Los Angeles and then scrapping that plan — twice — SpaceX has a new deal: to use a waterfront facility at the Port of Long Beach for the recovery of its rocket boosters.

The Long Beach Board of Harbor Commissioners on Monday approved the Hawthorne company’s use of a 6½-acre marine terminal, according to a statement from the Port of Long Beach. The site is to be used to dock the vessels that ferry used SpaceX first-stage rocket boosters to shore and offload equipment. SpaceX is set to take over the site Saturday.

The site was previously used for two decades by Sea Launch, a satellite-launch company that blasted rockets to space from a modified, floating oil rig in the Pacific Ocean. Sea Launch was later acquired by a Russian firm, and its Port of Long Beach site has been vacant for more than a year, the port said. Before Sea Launch, the site was a U.S. Navy complex.

Long Beach has a long and storied history of aerospace work, and Elon Musk-led SpaceX is poised to join a number of newer space companies with operations in the city.

In 2018 and 2020, SpaceX made plans to lease a vacant site at the Port of Los Angeles to build its Starship Mars spaceship and Super Heavy rocket booster. But after getting approval both times from port and city officials, SpaceX changed its mind and withdrew from the agreement.

Long Beach Mayor Robert Garcia said he doesn’t think that will happen this time and that SpaceX’s operations at the port will add to the city’s growing “space hub.”

“We feel optimistic this will be a good fit for them,” he said. “To have all these space companies here and the density … is exciting.”

SpaceX approached the Port of Long Beach a few months ago about locating some operations there, and the port was “more than happy to engage in those discussions,” said Mario Cordero, executive director for the port. He said the port will put “maximum” effort into working with SpaceX on a common vision.

“We’re hopeful that this continues to expand the job opportunities” in the space technology sector, he said. “It’s a great opportunity right now as a steppingstone to much greater opportunities.”

SpaceX did not respond to a request for comment.

Under the terms of the two-year agreement, SpaceX will pay $107,000 a month to use the Long Beach site, according to a port spokesperson. SpaceX can terminate the agreement at any time with 90 days’ notice.

SpaceX is building and testing its Starship craft in Boca Chica Village, Texas. The company recently won a NASA contract to ferry astronauts via Starship from lunar orbit to the surface of the moon.

SpaceX still rents a small parcel of land for storage at the Port of Los Angeles. It previously did recovery operations of its rocket boosters and spacecraft at that port.