Steven Seagal strikes a deal for his bulletproof Arizona compound

Steven Seagal strikes a deal for his bulletproof Arizona compound 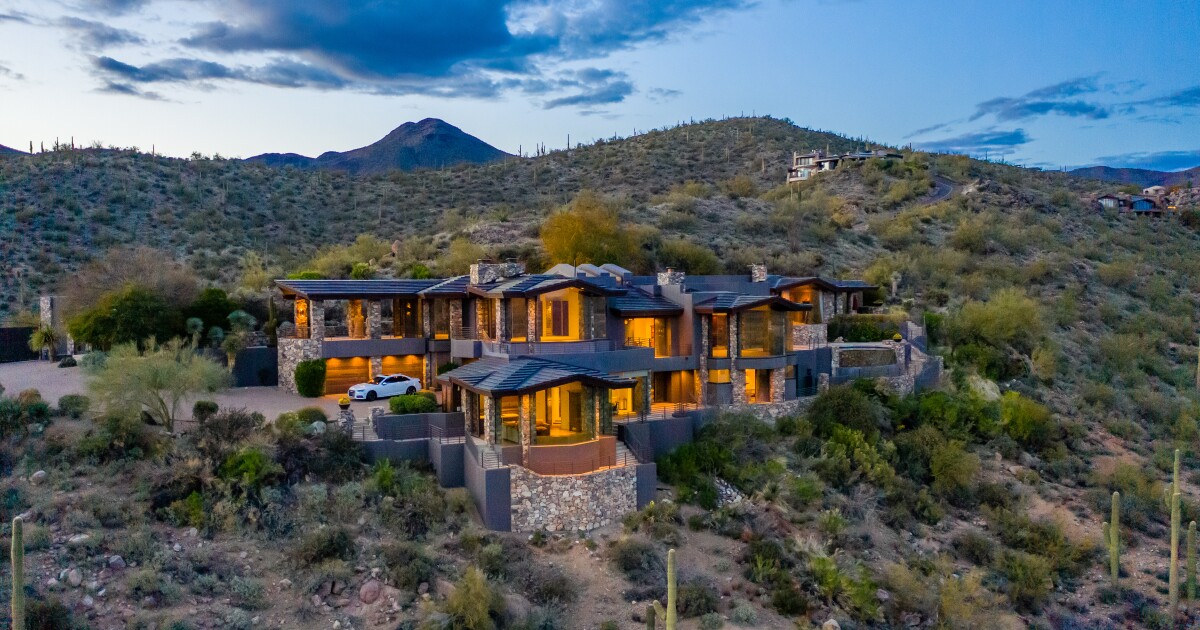 Steven Seagal accomplished his mission in the Arizona desert, selling a 12-acre bulletproof compound outside Scottsdale for $3.55 million. That’s $150,000 more than he was asking.

The martial artist-turned-action star — whose credits include films such as “Above the Law,” “Hard to Kill,” “Driven to Kill” and “Today You Die” — owned the home for about a decade. Records show he shelled out $3.5 million for the property in 2010 and put it back on the market two years later, dangling it for sale every few years before finally finding a buyer.

Built into a hillside, the modern home is secured in the guard-gated community of Carefree Ranch Homesteads. For extra protection, the floor-to-ceiling windows are bulletproof with a clear vantage point of the surrounding valleys and mountains.

The house itself blends in with the barren desert landscape using a contemporary mix of stone, glass and copper. It covers about 9,000 square feet with five bedrooms, 5.5 bathrooms, a sky-lighted atrium, movie theater and living room with a built-in TV and fireplace.

Stone pillars line the two-story floor plan, leading to scenic decks and patios complete with lifelike statues. There’s also a swimming pool, spa and guesthouse with its own kitchen and living room.

A native of Michigan, Seagal ran a martial arts dojo in Japan before moving to California and starring in films for the last three decades, most recently 2019’s “Beyond the Law.” The 69-year-old has also released two studio albums: “Songs From the Crystal Cave” and “Mojo Priest.”

Tags: Los Angeles News
Previous Story
Column: Before investing in Robinhood or trusting it with your money, read these documents
Next Story
COVID-19 ravaged L.A. restaurants. Will permanent outdoor dining help save them?