The falling rents of COVID times are behind us. Expect prices to rise

Homepage News The falling rents of COVID times are behind us. Expect prices to rise
News

The falling rents of COVID times are behind us. Expect prices to rise 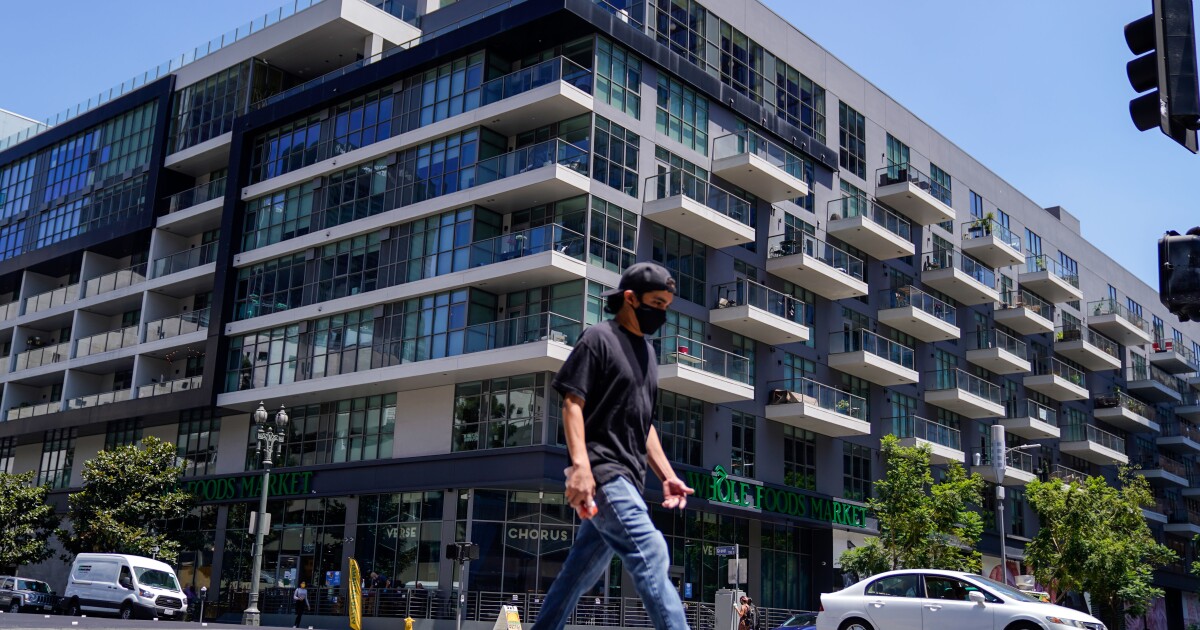 The era of pandemic rent declines appears to be over.

After falling through much of the COVID-19 crisis as people relocated to suburbs or moved in with relatives, rents in big cities including Los Angeles, San Francisco and New York are now on the rise. And experts say that prices are likely to keep swinging upward.

“Landlords are really eager to charge more rather than charge less,” said Rob Warnock, research associate with Apartment List, whose data show the median rent in Los Angeles is up 3.6% from the bottom. He said he expects the rise to continue, taking until the end of summer for prices in the city to hit February 2020 — or pre-pandemic — levels.

In Los Angeles, the median rent for a vacant apartment hit a low of $1,717 in January and has risen ever since, according to data from rental website Apartment List. Other data sources also show a steady increase since the beginning of the year, which analysts attributed to job growth and returning demand for city life as the pandemic ebbs and the economy reopens.

Rents fell last year as people moved out of apartments in big cities, because they wanted more space and bought a house or because they lost their jobs and decided to move in with family. At the same time, the typical inflow of people coming for new jobs and college fell. Landlords said they were forced to cut rents to fill an increasing number of vacant apartments.

In Los Angeles County, rents fell most on the high end of the market but declined somewhat on the lower end, in typically older, more run-down buildings, according to several data sources.

How much and how fast?

As of Monday, the apartment vacancy rate in Los Angeles County had declined to 5.8% after hitting a high of 6.2% in November, according to real estate data provider CoStar.

Chuck Eberly, who manages roughly 3,000 apartments in the L.A. area, sees the fresh demand firsthand. He said vacancies are dropping throughout Eberly Co.’s portfolio and rents are up 5% to 10% from the pandemic bottom.

Rising rents, however, don’t mean the market has returned to its uber-competitive days before 2020.

Warnock said rents are rising faster than normal at the moment, but part of the increase probably is due to typical seasonal upswings during the spring and summer.

Eberly said the rents on the company’s properties are still about 15% to 20% lower than before the pandemic, and prospective tenants are negotiating by pointing to competitors with cheaper listings.

Overall, vacancies in Los Angeles County are still up nearly a full percentage point from early March 2020. The median L.A. County rent was $1,776 a month in May, 2.7% below the February 2020 level, according to Apartment List.

A rebounding economy probably will continue to drive those increases, analysts said, as California marks what officials have described as a full reopening Tuesday, with most pandemic business restrictions coming to an end.

“There are some folks who think that happens pretty much overnight as everyone is vaccinated and in theory starts to go back into the office,” he said. “We are more of a slow grind outlook.”

For now, where are rents getting pricier?

There are differences depending on where you look, and on the type of home.

Ryan Patap, director of market analytics at CoStar, said rent growth has been stronger in suburban places such as the Antelope Valley, because people during the pandemic increasingly sought out more space at an affordable price.

He said he expects such migration patterns to continue for at least the near term — one reason he’s not predicting massive rent increases in more urban areas of L.A. County.

At the same time, rents in many lower-quality apartments appear to be higher than pre-pandemic levels, while prices remain lower in some of the area’s luxury buildings.

According to CoStar, the average rent per square foot for the fanciest buildings in L.A. County is 1.2% below what it was at the start of March 2020, while it is 1.1% higher in the lowest-quality apartments.

It’s not true across the board. In some L.A. neighborhoods, the average rent for the oldest, most run-down buildings is below what it was on March 1, 2020. In Koreatown it’s down 0.7%, and in Hollywood it’s down 1.3% from that date.

The various apartment data cover the estimate for vacant apartments and are not an estimate for increases that existing tenants pay.

What about COVID-19 tenant protections?

In the city of Los Angeles, pandemic-era rules still bar landlords from raising rents on current tenants if those tenants live in buildings covered by the city’s rent stabilization ordinance — generally properties built on or before Oct. 1, 1978.

Statewide, tenants also have protections from eviction if they can’t pay rent because of a pandemic-related hardship.

In L.A., tenants have those protections until the city lifts its state of emergency. But the statewide protections are set to expire July 1, leading to concerns that there could be mass evictions and rising homelessness if they aren’t extended.

Many landlords say if protections expire, they will work with their tenants on repayment plans rather than immediately start an expensive eviction that would create a vacancy.