The Golden Globes want to make a comeback this year. Hollywood isn’t buying it

The Golden Globes want to make a comeback this year. Hollywood isn’t buying it 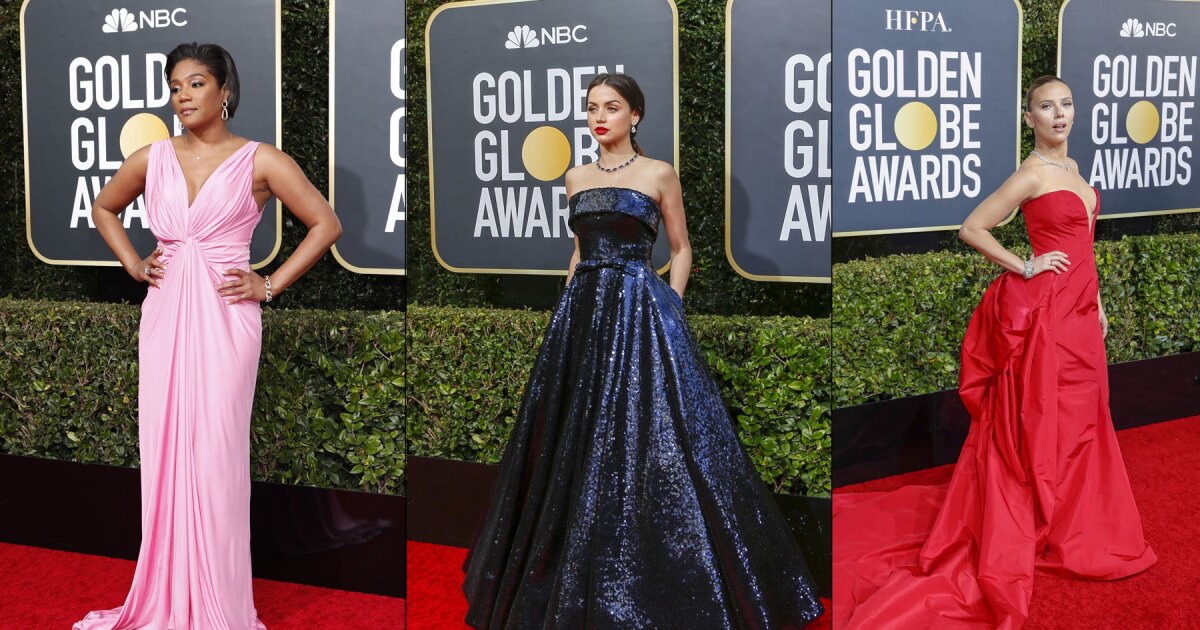 The news that the Hollywood Foreign Press Assn. plans to give out nominations and awards for next year’s 79th Golden Globes hit Hollywood like a thunderclap.

Within days of the HFPA’s the-show-will-go-on announcement, a 100-strong contingent representing content makers, talent and entertainment executives met over multiple Zoom meetings in an attempt to figure out how they would respond.

After all, NBC has said it won’t televise the 2022 Golden Globes and a group of powerful publicists continue to boycott the group. A slate of studios, networks and streamers cut ties with the HFPA following a Los Angeles Times investigation in February that brought to light allegations of financial and ethical lapses and pointed out that none of the association’s then 87 members was Black.

According to three individuals who participated in the discussions, the HFPA’s move caught everybody by surprise. When the discussions ended, the majority concluded that they would decline to submit their films, TV shows or talent for award consideration.

“I’m advising all of my clients not to be submitted. I’ve called lots of streamers and studios and said they should be taken out of the nominating process,” said one publicist, who represents a slate of A-list talent, but who declined to be identified in order to protect them.

However, should the HFPA bestow a nomination, this individual said they’ve also counseled their clients to decline. “It’s an asterisk year. This shouldn’t happen. The industry told the HFPA they had 15 months to get its house in order, and now they’re throwing this down our throats and no one even knows what [the ceremony] looks like.”

The Times reached out to 10 studios, networks and streamers for this story, the majority of which did not respond to requests for comment or declined to do so.

Despite the public silence, according to those involved in the response discussions, there is a broad “consensus” across the entertainment industry to withhold submissions for the planned upcoming Globes. Said one participant, the industry players did not plan to make a public announcement regarding their decision, nor would they communicate it directly to the HFPA.

“The [studios] are following the lead of the talent and talent reps,” said the publicist.

“There’s an ongoing conversation with the talent. Some feel strongly that they don’t want to be submitted and we are respectful of this,” said one studio executive, who was not authorized to speak publicly.

In a statement, HFPA spokesman James Lee said: “Contrary to what is portrayed by the Times, the HFPA’s commitment to have all 104 members review all eligible content is moving smoothly forward. Studios have requested the submittal process not be required this year because of the compressed timeline and to avoid any negative attacks from a small group of publicists that continue to issue veiled threats against studios working with the HFPA. Almost universally the studios have expressed a desire to ensure their films and television programs are considered for the Golden Globes and we will accommodate them.”

The HFPA, unlike the motion picture academy, traditionally requires studios to request a specific placement on the Golden Globes ballot in categories such as motion picture (which is split into comedy and drama categories) and lead or supporting performance. Once the request has been made, the group votes on whether to approve the placement.

This has meant a degree of engagement and participation between Hollywood and the HFPA, including exclusive screenings and press conferences.

But it has also led to some head-scratching choices over the years, perhaps most famously when the HFPA designated the 2015 Ridley Scott sci-fi drama “The Martian” as a comedy. The movie wound up winning the Globe in the comedy/musical picture category, a development that did not sit well with many.

“A comedy’s a film whose #1 goal is to make people laugh,” “Bridesmaids” director Paul Feig, who knows a thing or two about the genre, tweeted. “If that wasn’t the filmmakers’ top goal, it’s not a comedy.”

Shortly after that ceremony, the HFPA amended its rules, stating that “dramas with comedic overtones should be entered as dramas.” But that didn’t stop the group from placing Jordan Peele’s smart, scary horror movie “Get Out” in the comedy category two years later. Following the predictable uproar, Peele himself weighed in on Twitter, writing, “‘Get Out’ is a documentary.”

One veteran awards consultant said the response from studios and publicists was inevitable, given the controversy the HFPA has weathered this year.

“They’ll likely just announce the winners and that’ll be that,” said the consultant, who spoke on the condition of anonymity to protect client relationships. “They’ll sit out this year, regroup and try to get back to normal in 2023.”

On Oct. 22, a week after the HFPA announced its Jan. 9 Globes date and a calendar for submissions, the association sent out an update letter to industry players regarding its guidelines and procedures. According to the letter, a copy of which was obtained by The Times, the HFPA changed course, saying that “submissions will not be required for award consideration” but that studios could do so “if they wish content or talent to be considered only for specific categories.”

The change was made to accommodate studios’ concerns that they may be put in an awkward position if they officially submitted a project to the HFPA, according to someone involved with the association but who was not authorized to speak publicly. “They wanted to be considered for an award, but not called out. We made the change to accommodate some of those concerns,” noting that rescinding submission requirements would allow the studios to avoid controversy.

While the HFPA’s apparent pivot to its long-standing rules of engagement gives the industry cover not to take a public stand on how or whether it will engage with the HFPA, the behind-the-scenes scuttlebutt presents an ominous sign for the proposed 2022 Globes, as well as for the future of the organization that has declared its commitment to “transformational change.”

In recent months, the HFPA has put forward a series of reforms, elected a new board and admitted 21 new members, including six who are Black and approved a new set of bylaws designed to police members’ conduct, address internal compensation and prohibit the kind of perks studios can give to influence voting.

Much of the industry was waiting to see how such measures would evolve and play out in real time when the HFPA announced it was going forward with a ceremony.

“It’s too soon,” said one person involved in the industry response Zooms but who declined to be identified owing to the sensitivity of the subject. “We thought they were continuing to pursue reforms in order to be ready for 2023. They are heading in the right direction, but they are not there yet, and they need time to actually take effect.”

Added the studio executive: “We’ve always been supportive of the Globes as an organization, but we don’t want to just say something won, we want to make sure it means something. We want to get to a place where there are no asterisks or continuing questions about the awards.”

Tags: Los Angeles News
Previous Story
Column: The cereal box shows berries. There are no berries within. How is this legal?
Next Story
Hugs with Mickey? Not so fast. Disney attractions are coming back — slowly