Universal Studios Hollywood to reopen with a food and shopping event

Universal Studios Hollywood to reopen with a food and shopping event 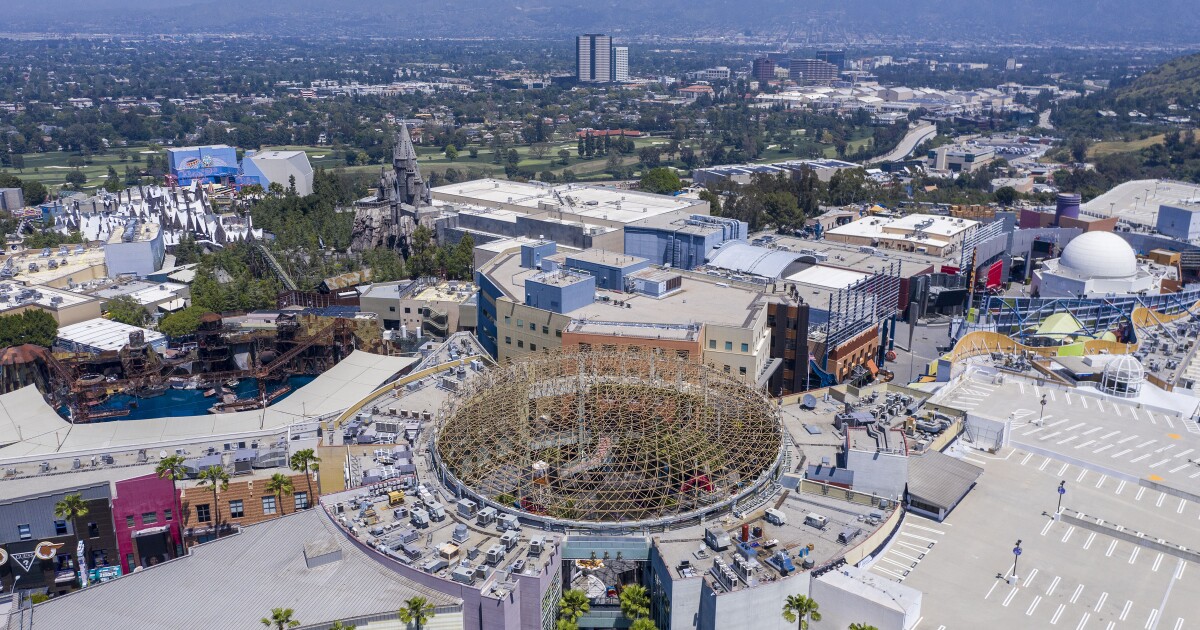 Nearly a year after it closed because of the pandemic, Universal Studios Hollywood plans to reopen on weekends to let fans buy food, shop and wander throughout most of the 415-acre park that celebrates moviemaking.

The theme park plans to rehire several hundred workers who were previously furloughed to staff the event.

Starting March 12, Universal Studios Hollywood will open most areas of the park on Fridays, Saturdays and Sundays for a food and shopping event similar to an event recently announced at Disney California Adventure Park in Anaheim that starts March 18.

Capacity will be limited at all three events to abide by state COVID-19 safety protocols.

At Universal Studios, parkgoers will be able to choose from 70 food options, including 30 new dishes created for the event. Outdoor seating will be available. Costumed characters will be on hand for physically distanced photo opportunities, the park said in a statement.

California’s pandemic safety measures forbid the parks from operating rides. Universal Studios will let visitors shop and dine at such popular park areas as “The Simpsons”-themed Springfield, U.S.A. and the Wizarding World of Harry Potter.

Shops and eateries will also be open in the area around The Secret Life of Pets: Off the Leash ride. The attraction was scheduled to open last year, but the pandemic forced the park to shut before visitors could try it.

The pandemic has been a financial body blow to U.S. theme parks and their parent companies.

Comcast Corp., the parent company of Universal Parks and Resorts, reported in January that revenue from its theme parks for the fourth quarter of 2020 fell to $579 million, down 63% from the same period a year earlier.

Walt Disney Co. reported last month that during the three-month period that ended Jan. 2, revenue from its theme parks, experiences and products dropped to $3.5 billion, down 53% from the year-earlier period.

Cedar Fair Entertainment Co., which owns Knott’s Berry Farm, reported last month that net revenue for 2020 totaled $182 million, down from $1.47 billion for 2019. The company attributed the plunge in part to a 25.3-million-visit decrease in theme park attendance.