Universal Studios, Six Flags are requiring COVID vaccines or tests: How it will work

Universal Studios, Six Flags are requiring COVID vaccines or tests: How it will work 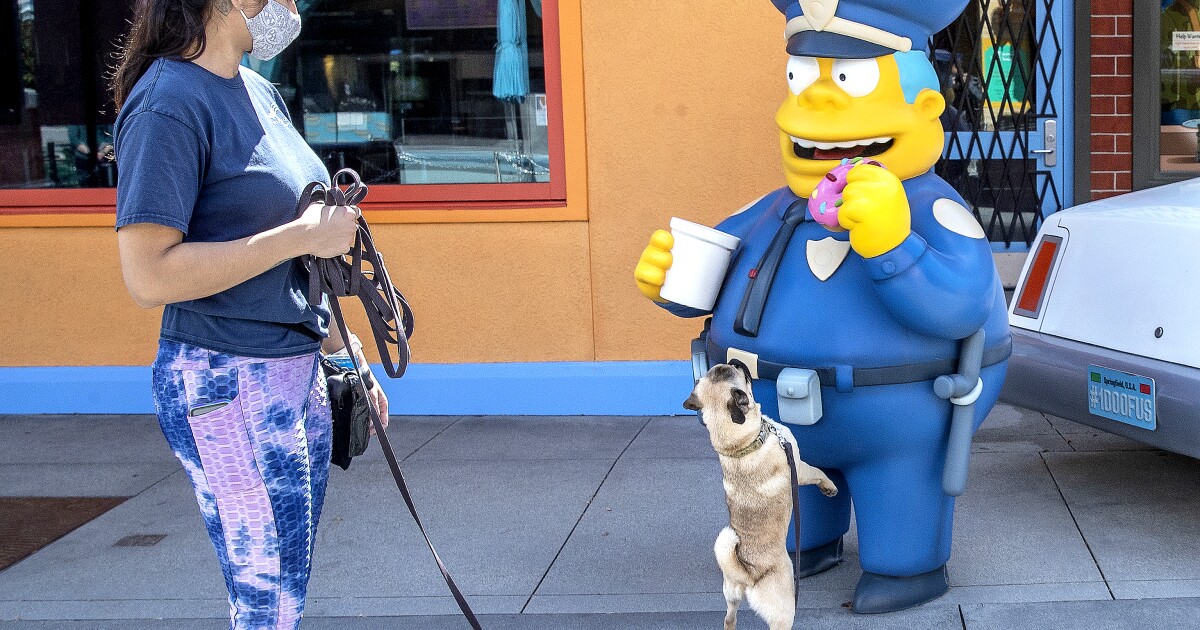 Visitors 12 and older to Universal Studios Hollywood and Six Flags Magic Mountain soon will have to show proof before entering that they’ve either been fully vaccinated for COVID-19 or have recently tested negative before entering.

The new requirement, outlined in a recently issued Los Angeles County health order, starts Oct. 7 — meaning it will be in effect during the busy weeks leading up to Halloween.

Neither Orange County, home to the Disneyland Resort and Knott’s Berry Farm, nor San Diego County, where Legoland and SeaWorld are located, have indicated they plan to adopt requirements as strict as L.A. County’s.

Here is how the new requirement will work:

What documents will I need?

To demonstrate their inoculation status, visitors can show a physical or digital vaccination card, which needs to include their name, the type of vaccine provided and the date of the last dose.

Test results can be shown as a printed document from the administrator or laboratory, or as an email or text message displayed on a phone. Those records need to include a person’s name, type of test performed and the negative result. Tests must have been performed within 72 hours prior to entry.

Children under 12 — who are not eligible to be vaccinated — are not required to show documentation of a negative coronavirus test.

Do I still need to wear a mask?

California health officials did not initially classify theme parks as mega events but later added them.

In Orange County, some theme parks have adopted mask requirements that go beyond those outlined by the local health department.

Disneyland Resort, for instance, requires guests 2 and older to wear masks indoors, regardless of vaccination status. Knott’s Berry Farm follows the state requirement that unvaccinated people must wear masks in indoor public settings, though guests don’t have to show proof of vaccination before entering.

Will I also need to show photo ID?

Not immediately. However, L.A. County health officials will require adult patrons to show photo identification, along with proof of vaccination or a negative coronavirus test, starting Nov. 1.

Children younger than 18 will not need to show photo ID.

County Public Health Director Barbara Ferrer said the delay was granted because the theme park operators said they needed time to prepare for long lines that would result if patrons had to show two documents instead of one.

Why have health officials imposed these requirements?

Ferrer said she felt the new rules could be an important tool to head off another possible winter coronavirus surge.

While 60.6% of L.A. County residents of all ages are fully vaccinated, that’s still considerably below what some experts believe is necessary to reach herd immunity, in which sustained transmission of the virus largely disappears.

Some experts have guessed it will take at least 84% of residents having immunity to the virus to reach herd immunity, but the threshold could be even higher.

“We do have to get ahead of a possible winter surge. And we do have to go to those very high-risk areas” and take measures to limit coronavirus transmission, Ferrer told the county Board of Supervisors on Tuesday. Sometimes, she said, that means moving forward with measures stricter than those handed down by the state.

At theme parks, there are thousands of people in close contact with one another for long periods of time.

“We have spent time at the theme parks, and I can say that when they’re crowded — when they’re hitting that threshold — it’s super crowded,” Ferrer said. “Our inspectors were out for ‘fright nights’ at both places. And it’s crowded. And people are screaming. And lots of people at all of the event venues are not wearing masks and they’re eating and drinking and walking around. So there is risk there.”

What do the theme parks say?

Officials at both Universal Studios Hollywood and Six Flags said they’ll comply with the new rules — but not without some displeasure.

A Universal Studios spokesperson, Audrey Eig, said county health officials did not show enough of a “willingness to understand the complexities of our business” and didn’t give parks enough time to solve logistical problems created by the policy before it takes effect.

“Our guests are not seated next to unrelated parties for extended periods of time, and we have ample room for parties to social distance,” the park said in a statement.

Theme park experts have predicted that requirements for vaccination proof or testing are likely to create long and frustrating queues.

Eig declined to say how the park will keep lines moving quickly except to say, “We are working through operational and staffing challenges to manage this new order as efficiently as possible.”

Six Flags said it would comply with the county’s mandate and “work to create an efficient process for verifying guest vaccinations or negative tests.”

What do elected officials have to say?

L.A. County Supervisor Kathryn Barger also expressed dissatisfaction that Six Flags was caught off-guard by the new requirement, which the park says is unfair, given declining rates of new coronavirus cases and COVID-19 hospitalizations and an absence of such rules in neighboring counties.

“I would hope that in the future, as we’re rolling out new public health orders that impact different sectors, that we would incorporate that very sector into the dialogue, so that we can be more sensitive to the fact that we don’t understand their industry,” Barger said.

Supervisor Sheila Kuehl expressed support for the new vaccine-or-test requirement to enter theme parks, noting that they attract many visitors from around the nation during the winter holidays.

“We have enormous numbers of visitors from all around the country, including red states with very high infection rates,” Kuehl said. “This is a dangerous, dangerous time for us. And I think that everyone knows it.”

Theme parks have been sites of previous outbreaks, Kuehl said, referencing the Disneyland measles outbreak of late 2014 and early 2015 that eventually was linked to more than 100 measles cases in eight states, Canada and Mexico.

Kuehl urged theme parks “to do everything they can to protect all of those who are coming to have a good time. Because they are not coming to get sick.”