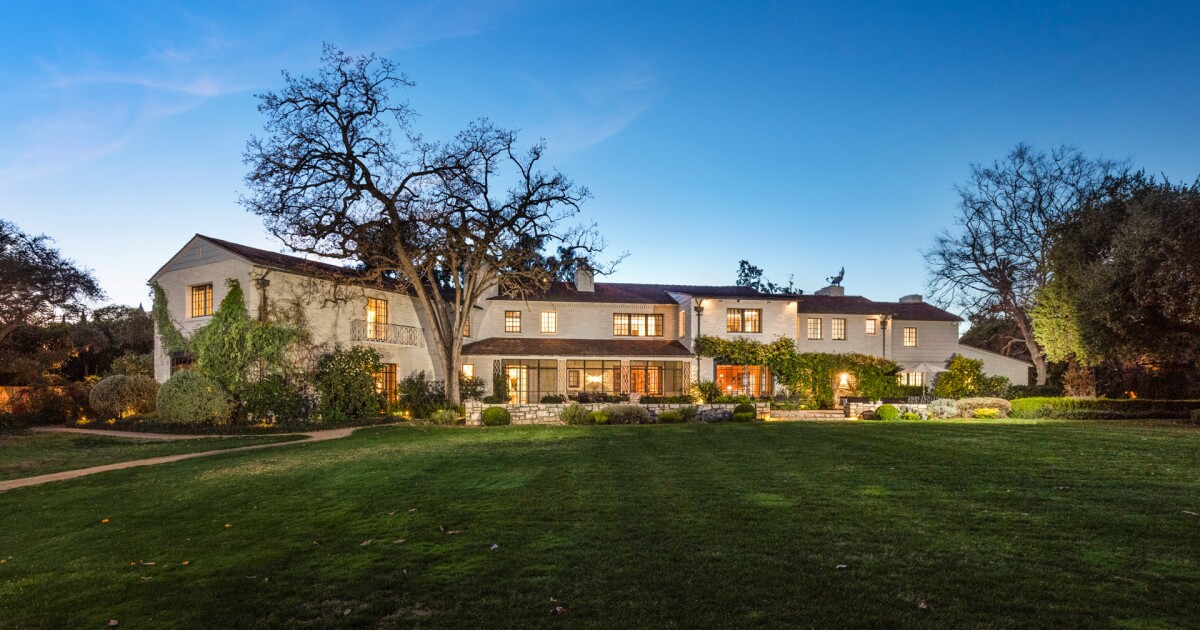 The USC presidential mansion, which housed the university’s presidents for more than 40 years, just traded hands for $25 million. That’s $500,000 more than the asking price, making it the priciest home sale in San Marino history.

When the residence surfaced for sale earlier this year at $24.5 million, it was the first time it had ever hit the market. Records show it went under contract less than a month after listing.

The piece of Trojan history is also a piece of American history. Named the Seeley Mudd Estate after the man who commissioned it, the compound sits on 7 acres of land donated by U.S. Army Gen. George Patton and railroad mogul Henry Huntington, who established San Marino’s Huntington Library a few miles away.

The estate centers on an American Colonial-style mansion built in 1934 by Reginald Davis Johnson, a Pasadena-based architect whose other works include the Santa Barbara Biltmore Hotel and the Hale Solar Laboratory.

It served as the home of USC presidents since 1979, and the grassy lawns and rose gardens surrounding the 14,000-square-foot mansion were the setting for many of the school’s dinners, galas and holiday parties.

Due to revenue losses from the pandemic, USC announced a hiring freeze last year and a 20% reduction to President Carol Folt’s salary. As a cost-cutting measure, the school decided to sell the estate and spent $8.6 million on a smaller Santa Monica home for Folt last spring.

“We made the decision, where the board felt we should sell the original home and size down,” USC Board of Trustees Chairman Rick Caruso told The Times last year.

The two homes couldn’t be more different. Folt’s new place is a modernist structure designed by Ray Kappe with open-concept spaces, sharp angles and a tiny footprint on less than a fifth of an acre, while the 87-year-old Seeley Mudd Estate brings a historic feel with 17th century paneling, walnut floors and original steel windows and doors.

Forests of sycamores, oaks and Chinese elms fill out the sprawling 7-acre grounds. There’s also a guesthouse, log cabin and carriage house with a gas station and car wash bay.

Sweeping staircases and an elevator navigate the main house, which has eight bedrooms, 11 bathrooms and formal living spaces. There’s a parlor with a grand piano, breakfast nook with a curved wall of windows and primary suite with a sitting room and dressing room.

Out back, manicured hedges and patios surround an outdoor kitchen, swimming pool and sunken tennis court.

Tags: Los Angeles News
Previous Story
Talent agent Greg Cavic floats a pristine Midcentury in the 90210
Next Story
Column: Before investing in Robinhood or trusting it with your money, read these documents