What will happen if Congress doesn’t raise the federal debt limit?

What will happen if Congress doesn’t raise the federal debt limit? 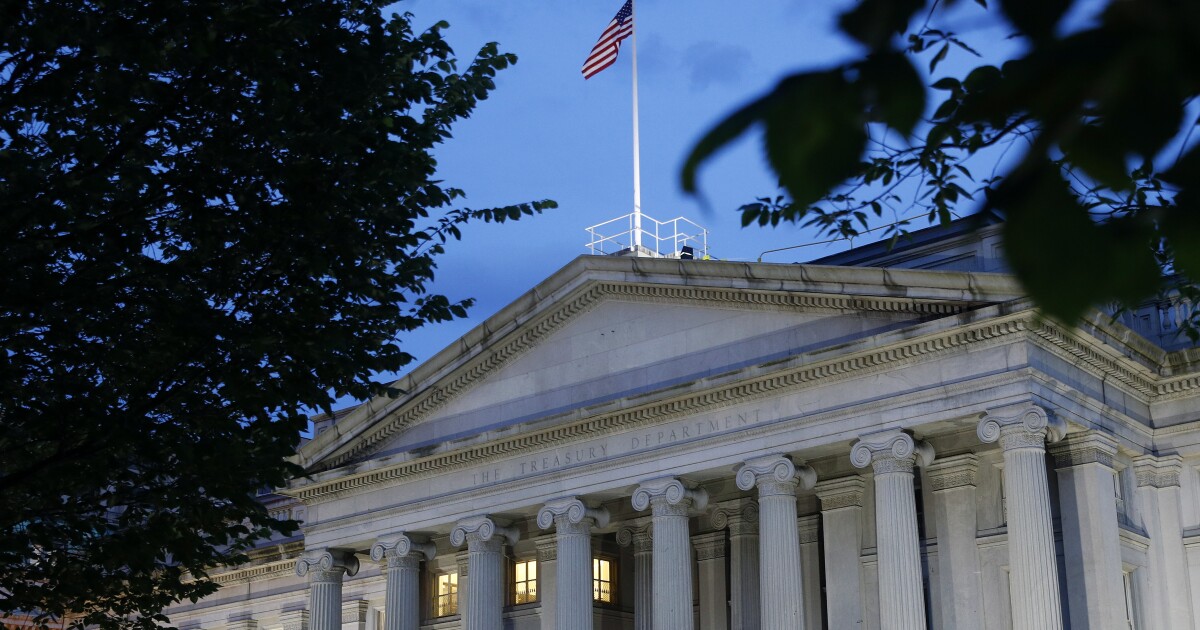 “Republicans are united in opposition to raising the debt ceiling,” Senate Minority Leader Mitch McConnell (R-Ky.) said Sept. 14, reiterating a pledge that 46 members of his caucus made in August. He emphasized that Republicans think the debt ceiling should be raised, but they don’t want to be the ones to do it — it’s the Democrats’ responsibility, McConnell said, because they were the ones trying to vastly increase federal spending.

Democrats counter that the debt limit would need to be raised even if no new spending were approved. “Increasing or suspending the debt limit does not increase government spending, nor does it authorize spending for future budget proposals; it simply allows Treasury to pay for previously enacted expenditures,” Treasury Secretary Janet L. Yellen wrote in a July 23 letter to congressional leaders. “The current level of debt reflects the cumulative effect of all prior spending and tax decisions, which have been made by administrations and Congresses of both parties over time.”

House Speaker Nancy Pelosi (D-San Francisco) and Senate Majority Leader Charles E. Schumer (D-N.Y.) teed up a fight Monday when they announced that a proposal to suspend the debt limit through December 2022 would be included in a must-pass bill to fund government agencies for three months. Democrats have the votes to pass that bill in the House, but Republicans could block it in the Senate with a filibuster — which would risk a partial government shutdown.

The periodic squabbles over the debt limit start for different reasons, but up to this point they’ve all ended with Congress agreeing to increase the limit before the Treasury Department ran completely out of money. Yet there’s always the possibility that lawmakers will not reach an agreement in time, forcing the Treasury to leave some bills unpaid. Here’s a quick guide to the issues and the stakes in the current fight.

What is the debt limit?

Federal law puts a cap on the total amount of money the government may borrow from the public or from its own reserves (such as the Social Security trust fund). That’s what is commonly known as the debt limit or the debt ceiling.

Lawmakers have raised the debt limit repeatedly over the last century, and in 2019 they suspended it entirely. It kicked back in automatically on Aug. 1, forbidding the Treasury to borrow any more than its outstanding debt at the time: about $28.5 trillion, according to the Congressional Budget Office, including $6.2 trillion in bonds held in the Social Security trust fund and other governmental reserves.

What if the debt limit isn’t raised?

Failing to lift the limit would force the federal government to renege on commitments it has already made, simply because Washington cannot maintain the status quo in federal programs without borrowing more money (and going deeper into the red). Over the next few months, the CBO estimated, the Treasury Department expects to collect only $1 in tax revenue for every $2 it is bound by law to spend.

The recession triggered by the COVID-19 pandemic is partly responsible for this budget gap, as is the federal government’s multitrillion-dollar relief effort. But the Treasury’s need to borrow also reflects decades of decisions by lawmakers and presidents of both parties on tax rates and benefit programs.

The Treasury can meet the government’s obligations for a while by relying on incoming tax revenue, cash reserves and the “extraordinary measures” authorized by law, such as delaying some payments to federal employees’ retirement accounts. At some point, however, it won’t have the funds needed to make a payment that was due, whether it was paychecks for federal employees, supplies for the military, Social Security benefits, reimbursements for doctors caring for Medicaid and Medicare patients or interest payments on Treasury bills.

What would happen next is a bit of a mystery, given that the federal government has never deliberately failed to make a payment.

The one thing that seems certain is that the ultra-low interest rate the Treasury pays on the bills, notes, bonds and other securities it sells to raise money — a rate that reflects the securities’ status as the world’s safest investments — would go up. We got a preview of this in 2011, when Congress flirted with a default and the Standard & Poor’s credit rating agency downgraded U.S. debt. According to the Government Accountability Office, the uncertainty caused by that brinksmanship made it more expensive for the Treasury to borrow money, costing taxpayers $1.3 billion that fiscal year.

An actual default would raise U.S. interests costs more dramatically, financial experts say. And the effects would quickly ripple throughout the country’s economy because the interest rate on Treasury securities serves as the benchmark for many other loans.

“Interest rates for state and local government, corporate and consumer borrowing, including home mortgage interest, would all rise sharply,” Timothy Geithner, then the Obama administration’s secretary of the Treasury, warned in a 2011 letter to Congress. “Equity prices and home values would decline, reducing retirement savings and hurting the economic security of all Americans, leading to reductions in spending and investment, which would cause job losses and business failures on a significant scale.”

There would be consequences for the global financial system too. In 2011, Matthew Zames, an investment banker who chaired the Treasury Borrowing Advisory Committee, said Treasury securities were the world’s most widely used collateral, underpinning large parts of the financial markets around the world. A default could trigger a wave of actions against borrowers who put up Treasury securities as collateral, leading to a debt sell-off and a damaging reduction in the availability of credit, Zames said. The potential result, he said, was another recession.

Couldn’t the Treasury delay some payments?

Some opponents of raising the debt limit argue that Washington could avoid defaulting by using incoming tax revenue to cover interest payments on U.S. debt and postponing payments on other things. There are at least two problems with the idea.

First, Wall Street experts say the financial markets are likely to view the Treasury’s failure to make any payments as a default, even if bondholders keep getting their money. And second, it’s not at all clear that the Treasury Department has the legal authority to pick and choose which payments to make.

The GAO has argued that there’s nothing in the law that stops the Treasury from prioritizing payments. In a 1985 letter to the Senate Finance Committee, it tentatively concluded, “Treasury is free to liquidate obligations in any order it finds will best serve the interests of the United States.”

According to a 2015 report from the Congressional Research Service, however, the Treasury Department insists that it has no authority to treat some payments as more important than others, even if it would be wise to do so. Instead, the department contends, it must pay the federal government’s bills in the order they’re received.

A second problem, the report said, is that the federal Impoundment Control Act limits the administration’s ability to delay or withhold spending that’s been approved by Congress. Prioritizing payments because of a debt-limit impasse, the report said, could constitute the sort of action prohibited by the act, which bars the administration from delaying or withholding spending for policy reasons.

A third issue is more practical. As Treasury officials have said several times over the years, the department is not set up to pick and choose which obligations to pay. Instead, its systems are designed to pay bills when they’re presented. So while it might be humane to prioritize retirement and disability checks, for example, or it might help avoid a global panic to prioritize payments on U.S. debt, the Treasury may not be able to do so.

The federal government is facing two fiscal deadlines in the coming weeks. In addition to hitting the wall on the debt limit, which is expected to happen at some point in October, funding for all federal agencies and discretionary programs will run out as of Oct. 1. That’s because Congress hasn’t approved any of the 12 annual appropriations bills yet; in fact, some of them haven’t yet made it out of the House.

Democratic leaders want to keep federal agencies and programs running by passing a stopgap measure to fund them through December. That’s become standard operating procedure in Washington, which rarely meets the budget deadlines these days.

Adding the proposal to suspend the debt limit, however, would force Senate Republicans to make a fateful choice.

Do they shrug off the risks to the economy and filibuster the bill, counting on Democrats to cave in and separate the debt limit proposal from the stopgap spending bill? With the chamber split 50-50, Republicans can easily prevent Democrats from rounding up the 60 votes needed to end a filibuster. If Democrats don’t relent, much of the government would shut down — and if the impasse lingered, the federal government would start defaulting on its obligations. Under those circumstances, do Republicans believe voters would understand their nuanced stance that the debt limit does indeed need to be lifted, but by Democrats alone?

Or do Senate Republicans collectively agree not to filibuster and let the bill pass by a simple majority vote, with or without GOP votes? McConnell said Monday that he and his colleagues “will not support legislation that raises the debt limit,” which suggests a filibuster is coming.

Similarly, if Senate Republicans block a vote on the combined spending bill and debt-limit suspension, congressional Democrats would have to decide how far to push this fight. For the time being, Pelosi and Schumer are emphasizing the responsibility that Republicans have for the red ink that flowed on their watch, which is one reason the debt limit needs to be raised. Specifically, they noted the $908-billion COVID-19 relief bill that was drawn up by Senate Republicans and signed into law by Trump in December, all of which is being financed through borrowing.

“Addressing the debt limit is about meeting obligations the government has already made, like the bipartisan emergency COVID relief legislation from December as well as vital payments to Social Security recipients and our veterans,” Pelosi and Schumer said in a statement.

Historically, the public has not responded well when Congress and the president hit an impasse that causes an extended government shutdown, as happened in 2018-19 (because President Trump demanded money for the border wall that Congress wouldn’t provide) and in 2013 (because Senate Republicans wanted to defund the Affordable Care Act, but House Democrats and President Obama wouldn’t go along). Public opinion polls have shown that Americans blame whichever party picked the fight that caused the shutdown — Trump in 2018-19, and Republicans in 2013.

Tags: Los Angeles News
Previous Story
Ashton Kutcher and Mila Kunis aim for $12.25 million in Hidden Valley
Next Story
What homes can you buy for $1 million in L.A.? Here’s a look