Will electric crossovers like Volvo’s C40 be the key to mass EV adoption?

Homepage News Will electric crossovers like Volvo's C40 be the key to mass EV adoption?
News

Will electric crossovers like Volvo’s C40 be the key to mass EV adoption? 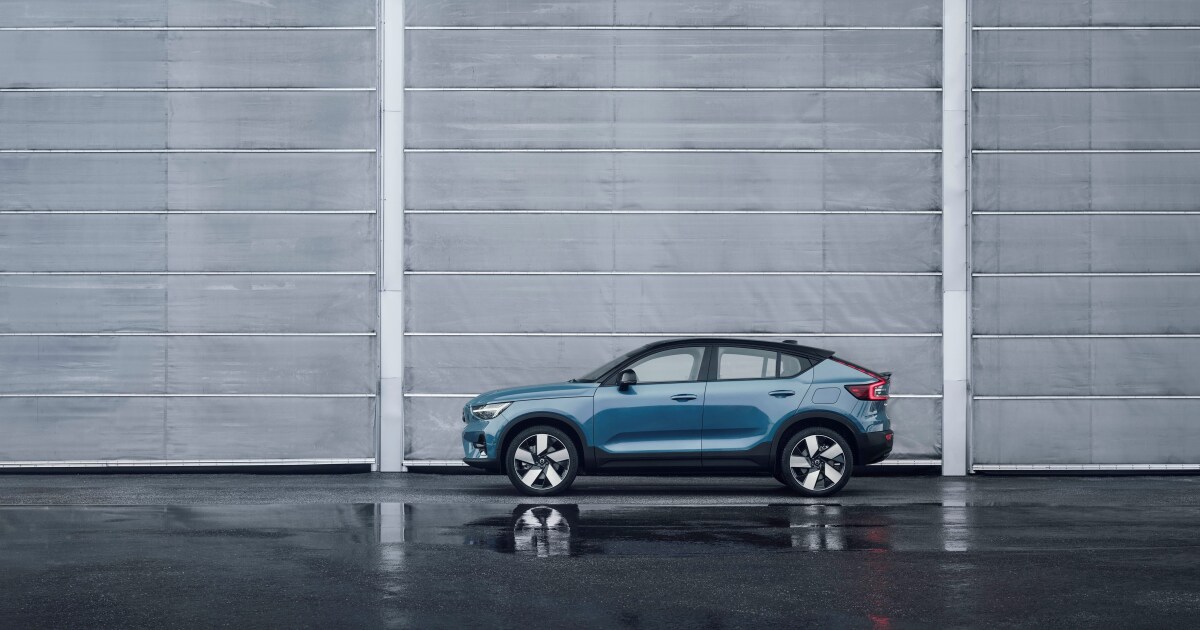 With the introduction of its new C40 Recharge on Tuesday, Volvo became the latest automaker to bet that consumers who have so far been cool to the idea of an electric vehicle might change their minds if it comes in a form they love: the crossover. Whether they do may be crucial to the success of California’s plan to end sales of gasoline and diesel cars by 2035.

Volvo joins Ford of Europe and Jaguar in going all in on EVs, promising every car it makes and sells by 2030 will be all-electric. In a webcast to introduce the new vehicle, the company also laid out a radical new retail strategy — the C40 and all electric Volvo cars will be available for purchase only online.

A slew of electric crossovers has hit the market in recent months, including the Ford Mustang Mach-E, the Tesla Model Y and the Volkswagen ID.4.

Whether customers flock to crossover EVs will signal to regulators how much or how little work they need to do to meet ambitious mandates such as California’s. Despite the state’s aggressive stance, sales of all-electric vehicles remain less than 2% of the U.S. total.

“The manufacturers are taking a calculated risk here,” said Matt DeLorenzo of auto market research firm Kelley Blue Book. “Crossovers are popular with the mainstream. That’s where the volume is.”

The Toyota RAV4 and Honda CR-V crossovers — also known as compact SUVs — are the fourth and fifth bestselling passenger vehicles in the U.S., topped only by pickup trucks from Ford, Chevy and Ram.

Electric cars sold in the U.S. until recently were short-range econoboxes or high-end luxury cars, neither one a high-volume category. In 2020, 2.4 million crossovers were sold in the U.S.

“If you can’t sell an electric crossover, then you’ll have trouble selling any kind of vehicle,” DeLorenzo said.

To sell in large numbers, the cars will need continued government subsidies for the next few years at least, analysts say. Although battery costs are coming down, they still cost significantly more than internal combustion engines.

Through rich subsidies, Europe last year passed China as the world’s largest electric car market, with sales up 137% to 1.4 million vehicles, according to ev-volumes.com. China EV sales were up 12%, to 1.3 million. In the U.S., EV sales increased only 4%, to 328,000.

Besides Volvo, Ford, VW and Tesla, several other crossover models are expected over the course of the year, including the Nissan Ariya, the Hyundai Ioniq 5 and a lengthened version of the Chevy Bolt.

Anders Gustafsson, chief executive of Volvo’s U.S. operations, told The Times on Tuesday that while European buyers are taking to EVs more quickly than Americans, traffic to the company’s websites has reflected a dramatic increase in U.S. interest over the last four months. Gustafsson said Volvo is a relatively small player in the U.S. crossovers market and will be “very happy to get a small share of a large segment.”

Although crossovers will serve as an early indicator of customer acceptance, Edmunds market analyst Jessica Caldwell said she wouldn’t call 2021 a make-or-break year for EV makers.

Despite the popularity of crossovers, she said huge numbers of U.S. customers have yet to be persuaded that the advantages of electric vehicles (savings on gas and maintenance, helping to reduce pollution and global warming) outweigh perceived disadvantages (range, limited public chargers and much longer fill-up times than gasoline stations provide.)

“Access to charging will play a big role on the success of these vehicles,” she said. Charging networks are being built out fast, but it will be a long time before they come close to matching the convenience of gas stations.

Although chargers at home and at work reduce the need for public chargers, apartment and condo dwellers will depend on landlords and owner associations to install them.

Brownouts in California and the recent electric grid failure in Texas will also give consumers pause, and with COVID-19 top of mind, Caldwell said, “Figuring out how to install a home charger is something a lot of people may not want to deal with right now.”

So, she said, “we have to be a bit patient before we call EVs a success or a failure.”

The four-door C40 is the first Volvo to be designed as an electric car from the ground up. The XC40, another all-electric Volvo crossover released last year, is built on a platform that also accommodates a gasoline version. All Volvo will say about selling price for the C40, available later this year, is that it will cost more than $60,000 before government incentives.

With a motor on each axle and a 78-kilowatt battery, the C40 carries a range of about 210 miles, although Volvo said over-the-air software updates will increase that range. It can charge up to 80% in 40 minutes, the company said. The interior appointments are leather-free, and all future pure electric Volvos will eschew leather as well.

Besides being available for purchase online only (dealers will provide service and maintenance, offer test drives, make deliveries and help with online sales), C40 prices will be nonnegotiable. Rather than choosing from nearly limitless combinations of options, the cars will come in fewer configurations. The trade-offs, the company said, will be convenience and fast delivery.

In a webcast from Sweden on Tuesday, the company highlighted its long-standing reputation for safety before pivoting to the environment, with the tagline “Climate change is the ultimate safety test.”