Workplace shootings are all too common in California. The latest one fits a pattern

Homepage News Workplace shootings are all too common in California. The latest one fits a pattern
News

Workplace shootings are all too common in California. The latest one fits a pattern 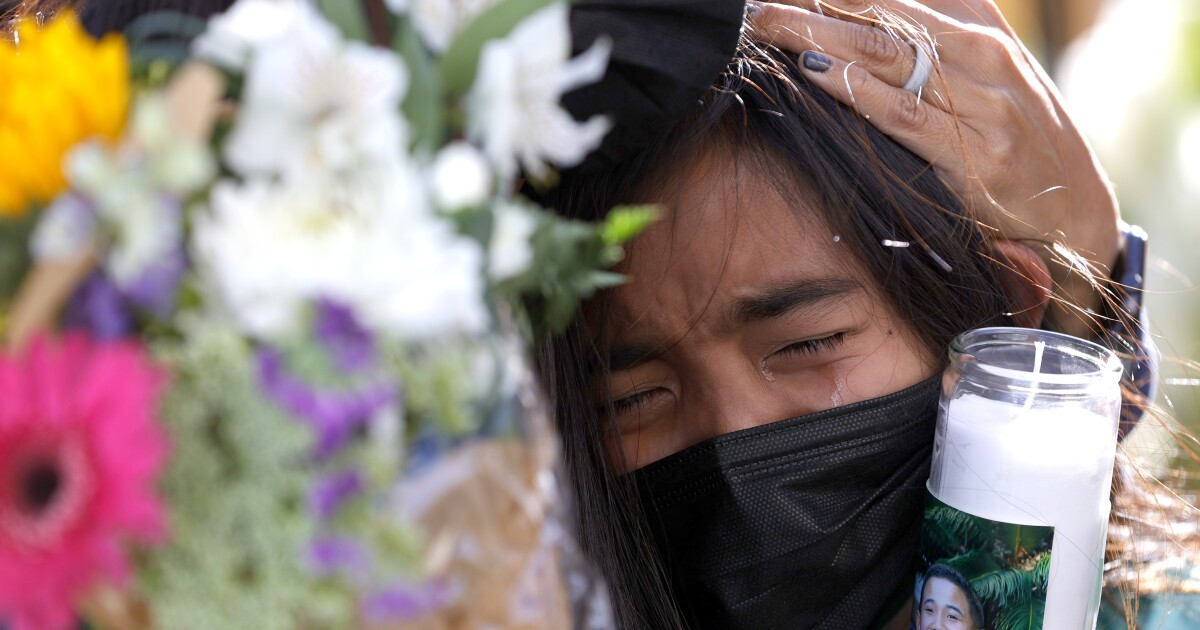 He killed the people he wanted to kill.

He targeted his co-workers.

That’s how witnesses and authorities describe the gunman who opened fire on a San Jose rail yard early Wednesday morning, killing nine men before apparently turning the gun on himself.

Law enforcement agents are still investigating why a transit maintenance worker packed a duffel bag with semi-automatic weapons and loaded high-capacity magazines, got into his white Ford pickup and drove to work intent on mayhem.

When Samuel Cassidy pulled the trigger, over and over, he was committing a rare but terrifying crime — one that has risen sharply since the pandemic began to wane.

There have been 37 mass workplace shootings since 2009, according to data tracked by Everytown for Gun Safety. But in an alarming trend, five of those deadly attacks occurred in just the last 10 weeks.

In that span, Robert McCrie, a professor of security management at John Jay, counts 44 of what his research describes as workplace mass homicides in the United States. Eleven happened in California. The next deadliest states were Texas, Florida and Missouri; each had three.

Why California, McCrie said, is still a mystery and requires more research. But who commits mass workplace shootings is much clearer, and the San Jose gunman fits the general profile.

There is no standard definition of what constitutes a mass workplace shooting. Depending on the researcher and data available, such definitions can vary in the number of fatalities, whether the casualty count includes the gunman or people who are injured but not dead, and the location.

Workplace shooters “are more likely to be striking out, as we saw in this case,” McCrie said, “and they strike out at the place where the pain can be greatest — either in their home and neighborhood or their place of work.”

What was striking about the Valley Transportation Authority shooting “was how much it fit the other cases.” The gunman, he said, “was a disgruntled worker. He had given lots of signals about his dissatisfaction with his life. He made specific threats that he would kill people some time ago, but he was not listened to.”

And so most of the early shift at the VTA, which runs bus and light-rail lines in the Silicon Valley, was wiped out.

Security video posted on YouTube by the Santa Clara County Sheriff’s Office shows the gunman walking calmly across the rail yard Wednesday morning, across a wide swath of asphalt striped with tracks and past a light-rail train parked near the two buildings where the shooting occurred.

One houses the ways, power and signal team, and the second building includes operations and light-rail maintenance, according to a VTA clerical worker, who wished to remain anonymous because she was advised not to speak to the media.

Based on the first building’s layout and exit locations, she said, the victims would have had “nowhere to go.”

Cassidy brought only a fraction of his arsenal to work with him Wednesday — three 9mm semi-automatic weapons, and 32 high-capacity magazines fully loaded with ammunition.

He left behind cans of gasoline, suspected Molotov cocktails, 12 firearms and approximately 25,000 rounds of various types of ammunition. Authorities said the shooting was “a planned event.”

Santa Clara County sheriff’s spokesman Russell Davis described Cassidy during a Thursday briefing as “a highly disgruntled VTA employee for many years, which may have contributed to why he targeted VTA employees.” He was detained by U.S. Customs and Border Protection in 2016 and found to profess “a hatred of his workplace,” as was first reported in the Wall Street Journal.

The VTA is reviewing Cassidy’s records, investigating whether he made other employees fearful, the agency said.

In a study of workplace shootings published in the journal Injury Epidemiology in 2019, researchers studied such attacks nationwide between 2011 and 2015 and found that 40% were committed during robberies and 12% had unknown motives.

It was the other 48% — 744 shootings — that gave insight into the mind and motivation of the workplace shooter. About three quarters of those shootings involved an argument or a conflict.

“When we think of workplace shootings, going back to the ’90s, we used to think of them as robberies gone wrong,” said Mitchell Doucette, an assistant scientist with the Center for Gun Violence Prevention and Policy at Johns Hopkins University.

“Workplace homicides, particularly workplace shootings, are no longer robbery related but are more often interpersonal in nature,” said Doucette, one of the study’s authors. They are “arguments, conflicts that maybe exist between co-workers and customers or intimate partners.”

Cassidy is believed to have committed the crimes alone, which is how he apparently lived most of his life. Authorities described his San Jose home as “cluttered” and a “possible hoarder situation.”

He was married for a decade but divorced in 2005. Cecilia Nelms, his ex-wife, told the Associated Press that Cassidy had talked about killing people at work more than a decade ago.

“I never believed him, and it never happened,” she said. “Until now.”

Co-workers described him as a loner at the agency, where he worked for the last eight years. John Jay College’s McCrie said that’s a characteristic shared by many workplace shooters.

“They attract bullying and sometimes that’s a factor in triggering them,” he said. It is also typical, as in Cassidy’s case, that “they either have been disciplined, they’re facing a disciplinary hearing or they have been terminated.”

But some who study workplace shooters believe they’re no different from any other man — and it’s usually a man — who brings a gun to a public place and kills. And the overwhelming majority of disgruntled employees don’t shoot up their work sites.

“Workers all over the world get fired, have disagreements in their office,” said Shannon Watts, founder of the advocacy group Moms Demand Action. “What makes America different is that we give these people easy access to arsenals and ammunition.”

Seamus McGraw has studied what he calls the modern era of mass shootings, which he says started on Aug. 1, 1966, when Charles Whitman took weapons to the observation deck of a tower at the University of Texas at Austin and began firing.

His book-length meditation on gun violence — “From a Taller Tower” — was published in April. He believes coverage of mass shooters has made them larger than life; it is a mistake, he said, he has committed himself.

He argues that all mass shooters are the same: “fakes, frauds and weaklings.” And he believes the San Jose gunman — he will not say his name — fits neatly into that mold.”

“I don’t see as much of a distinction as others do between workplace violence and our epidemic of mass shootings,” McGraw said. “It’s where they hang their grievance … and their sense of victimhood.”